Does Your Child Have ADHD (Or Is He Just Being A Kid)?

Is it true the French kids don't have ADHD? 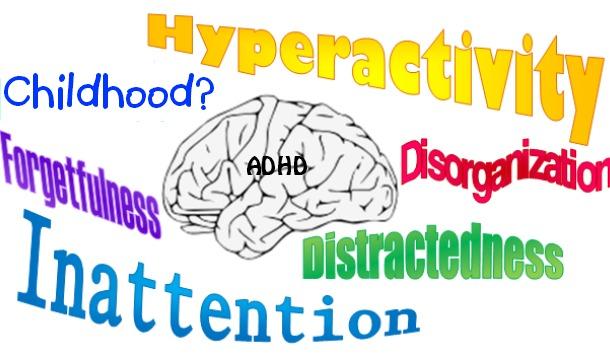 About two years ago, an article appeared in Psychology Today called, "Why French Kids Don’t Have ADHD." It proved to be one of their most shared posts, with nearly 7 million views and a slew of comments both for and against the author’s point of view. The author of the article, Dr. Marilyn Wedge, essentially claims that Attention Deficit Hyperactivity Disorder (ADHD) is not a medical disorder, but rather a social construct that is more readily attributed to environmental factors, such as parenting styles and diet, rather than to a biological cause.

Although Dr. Wedge’s post makes some sweeping generalizations that I find hard to stomach (“French parents let their babies 'cry it out' if not sleeping through the night at the age four months”) and implies that the use of judicious spanking is not detrimental to the child, which I have to disagree with. I do agree with the crux of her argument, namely that ADHD is more likely a reaction to factors influencing a child's life as opposed to a biological flaw in the brain. This “disorder” is far more nurture than nature and is best controlled through changing how we treat kids, rather than through pharmaceutical intervention.

There isn’t a specific test for ADHD. It is diagnosed through the presence of particular symptoms. Usually, a checklist is given to the child’s teacher, parent, and a few other adults who work closely with the child. These checklists, along with some one-on-one interactions between the diagnosing professional and the child, led to the label being assigned. The symptoms on the checklist are such items as:

To me, many of the “symptoms” on the list are really just “symptoms” of being a child.  And, if you happen to be a child who is dealing with some other impacting factors in your life—poverty, lack of nutrition, parents who are poorly attached to you, trauma—then you will certainly rate high in all the worrisome areas of the list.

Several years ago, I worked as a Child and Family Counsellor in a class for kids who were undergoing treatment to help them cope with some pretty horrific life situations. To say that these kids hadn’t had the benefit of good parenting is a gross understatement. And here’s the thing, all of these kids had been labelled with Attention Deficit Hyperactivity Disorder! In my opinion, the behavioural difficulties and their inability to focus on schoolwork were directly a result of the major upheaval in their lives, as opposed to a mental illness.

Now, don’t get me wrong, I understand that the human mind is a complex thing and that many mental disorders are diagnosed by considering a group of related symptoms rather than an easily understood medical test. I’m not arguing that this is an ineffective way to diagnose a problem. And I am certainly not suggesting, as perhaps Dr. Wedge implies, that letting your infant cry-it-out at 4 months old will protect them against attention difficulties in the future.

What I am saying is that many of the “problem behaviours” associated with ADHD—difficulty completing work, inability to focus, excess energy, tantrums—sound like the ideal descriptors for your average toddler or preschooler. It seems perfectly logical to me that many kids do not mature out of these little kid behaviours as fast as many others, simply due to the variance in child development. Many kids just need more time to adjust to school, and school needs to work harder at adjusting to these kids.

Education is starting to understand that we need to adapt our teaching to childhood, rather than force childhood into our concept of teaching. We’ve come a long way from kids sitting in straight rows copying notes from the blackboard. The rise of play-based learning and daily physical activity show that school is starting to get it. When I see my students begin to daydream and fidget during a lesson, I don’t presume they have a short-attention span due to poor parenting or too much screen-time. And I don't start seeing the kids as suffering from an attention deficit. Rather, I assume that they are kids who have been sitting too long and it is time for a change of activity. I lead an action song, have a movement break, find a way to get the kids up, using their bodies. I don't try to change the kids to fit my program—I change my program to fit the kids.

Attention span, like so many other things, needs to develop as our kids grow up. Theoretically, the younger your kids are, the shorter their attention span. Connecting with kids, coaching them, understanding their individual needs, looking at changes that can be made in the environment all seem to be better treatments for this particular “learning difficulty” than medication. Many kids are identified with ADHD in Grade 1 or 2. Isn’t it possible that the development of their attention span is just a little behind their peers? Also, boys are far more likely to be identified as having attention difficulties than girls. Isn’t it also possible that boys just need to be engaged differently in school?

Dr. Wedge goes a bit far in implying that our style of parenting in North America is the cause of ADHD, but I wholeheartedly agree that ADHD is a by-product of environmental influences—diet, nutrition, level of maturity, parenting, school environment, variance in learning styles, and so forth—rather than some mysterious flaw in the brain that needs to be medicated until kids conform to a “standard” measure of behaviour.

Some students are those proverbial square pegs overlooking the round holes. Instead of sanding the corners off the pegs, shouldn’t the education system consider widening the holes?

Note: I tossed and turned over the feedback from this post, and wrote a follow up here. I hope you'll read ADHD Part 2: Thanks For Keeping It Real.

For more from Erin, check out: "Will Your Child Be Victim To An Over-Crowded Classroom?" and "Why I'm Not Telling My Students They Are Smart."

Erin Chawla: The Kiducation Learning Curve Get an A+ in Understanding School Assessments: The Rubric