What 80's Music Means To Me

Going Back in Time 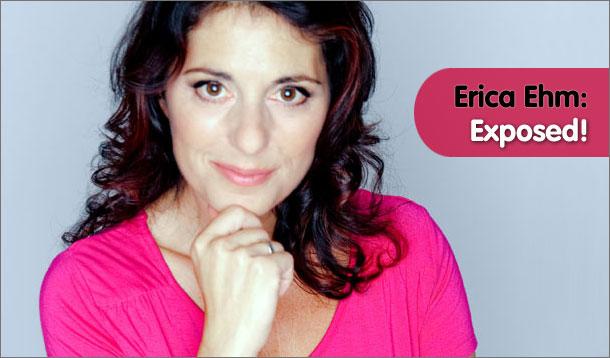 I spent the other night reliving the 80's with mixed emotions. My old friend Christopher Ward, also an ex VJ from MuchMusic who sat across from me at the Nations' Music Station for a decade, invited me to an event at the Horseshoe Club featuring a bunch bands who were big in the 80's. And when I say big - I mean hair.

Michael Williams - also a MuchMusic veteran - DJed - spinning tunes by Martha and the Muffins, Jane Siberry, Tom Cochrane, The Cult....you get the picture.

My first thought was - what can I wear that I won't mind getting stinky from smoke. Remember hanging out in bars - everyone sucking on a butt, wearing black, being trendy and alternative? Thankfully those days are gone and the club has gone smoke free. Clearly I don't go clubbing like I used to.

It was a surreal night. The joint was sold out - a few hundred of us there to reminisce and recapture our youth long gone. I'm guessing a lot of babysitters were on call, most of us in the audience (and on stage) having given up our rock'n roll lifestyle for kids and responsibility.

Extra surreal, being dragged "backstage" to hang out with the bands for a while. Interesting to hear how many of the bands have reformed and are putting out new music. Platinum Blonde has a new album out, and the Spoons already have a new track that can be downloaded.

Maestro Fresh Wes has written a book and does motivational speaking at schools.

Brad from Chalk Circle is selling advertising for the Globe and Mail and Chris is a busy music producer who did a great job producing the opening for YMCTV.

As each band came on stage, the audience shrieked requests for video hits from two decades ago - songs that probably evoked memories of high school dances and young heartbreak.

For me, the 80's meant something else.

It was a time of learning. When I landed at MuchMusic,  I was immersed in the culture of rock'n roll. I had to know every band, who produced the band, who directed their video and what the lead singers' names were. When introducing the 1,000's of videos over the years, I never worked off a script. Instead  I would cart bags of magazines to research the bands so I would have some cool stuff to share. (remember, this was prior the net).

It was a time of self discovery. With bands like U2, Echo and the Bunnymen and The Police as my soundtrack, I was forced to figure out who I was and how to boldly share my opinions with hundreds of thousands of strangers sitting at home judging me. When you're 23 and still figuring out where you fit in and who you are, this was the backdrop for a huge emotional rollercoaster. The upside - it gave me the backbone to be "who I am" which stays with me to this day.

It was a time of defining true beauty. While being in the spotlight, I had the opportunity to meet so many famous "beautiful" people. It didn't take me long to figure out that as cute as a lead singer may have been, few were really beautiful. Most were vain or vapid. The really gorgeous girls and guys that made me swoon were those who were most passionate about the art they created, and could move us with our eyes open or closed. Some of those that come to mind who I thought was hot after meeting them - Sting, Sinaed OConner, Simon Lebon, Lyle Lovette, Paul Young, and Bono. There were a ton more - just can't remember them all. It was a long time ago!

It was a time of alientation for me. While I loved the music and the art of songwriting, I never fit into the "scene". The booze, drugs, butts never interested me. I was part of the scene by virtue of a mutual connection through music, yet never really connected to many of those who truly lived an alternative lifestyle. I knew which friends were coke-heads, which were junkies and those who loved their booze but couldn't relate to them. I just liked to hang out and bond on tunes. At that time, I guess I wasn't very cool.

That's why listening to the music, seeing the old bands and reliving the 80's is wierd for me. It goes alot deeper than the music.

What about you? What does the 80s music mean to you?

Erica Ehm Exposed! Would You Censor This Video?