Moms Are Stars at London Olympics 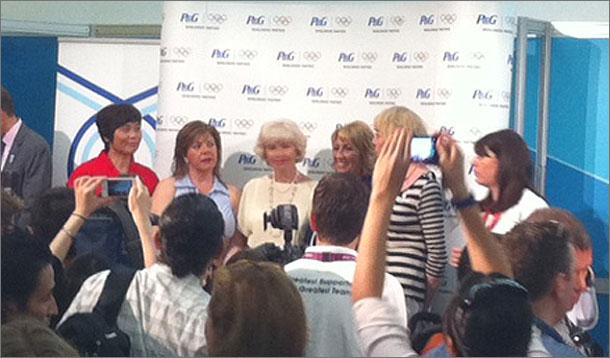 Pinch me. I'm in London at the Olympics.

It's my first day here and the Thank You Mom program created by P&G began with a big international press conference. Journalists from around the world crowded into the London Media Centre to hear Olympic Athlete Charmaine Crook and P&G Head Honcho Marc Pritchard officially announce the kick-off of the biggest sponsorship in the company's history.

"Behind every athlete is an amazing mom."

That was the jumping off point for creating the Thank You Mom program—P&G's genius way of recognizing their biggest consumers in a heartfelt, nail-on-the head program that celebrates everything moms do behind the scenes for their kids.

At the press conference it was four Olympic Moms from around the globe who stole the show, first with loud cheers from all of us in the press, and then having to endure a media scrum by Olympic paparazzi. 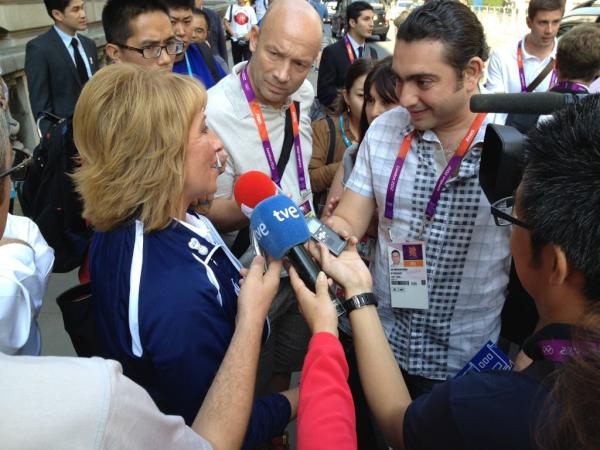 I watched their faces, each of them wiping tears as they waved to us. I can't imagine how overwhelming this must be for them—regular moms who schlepped their kids to their practices, talked them up when they were down, fed them, travelled to watch them compete, but always staying in the background.

For the next three weeks, P&G are making moms the stars. They've allocated a budget of $500,000 to bring in moms and families of athletes to be here in London, not only to watch their kids compete, but to be pampered and cared for during their stay—really bringing the Thank You Mom concept to life.

Marc Pritchard from P&G explained how they asked athletes what they could do to as sponsors to support them during these Olympic Games, and were told that moms and families from around the world don't have a place to really relax and be together at the Games. So, the concept of celebrating the athlete by serving the moms and families was conceived.

Not only are Olympic moms and families being hosted here in London, they will also be able to enjoy the P&G Family home—a drop-in facility offering all the comforts of home and then some. Cover Girl and Olay beauty treatments, a Pampers playroom for young families, a viewing area, meals and internet access. Plus there's a Tide laundry drop-off, where families can leave dirty clothes and have them delivered clean 24 hours later. So smart. What a gift for the athletes—to know their families are well cared for so they can just focus on going for gold!

The P&G Family Home is also a destination where families from around the world will be able to meet and mingle—and share stories of life raising an Olympian. If only those walls could talk. We did get a taste of what life can be like being a mom to an elite athlete when they showed the incredibly moving story of Lori Jones who raised her Olympic athlete daughter Lolo in poverty. Together they persevered and triumphed. Have tissues ready when you watch.

This week I'm going to be catching up with many of the moms and hearing their stories first hand. So be sure to read my Thank You Mom Diary every day this week.

It's time to sing the praises of the unsung heroes of the Olympics. Because children weren't born Olympians.

They were just raised that way.

Want to be inspired? Check out all these videos produced by P&G featuring Olympic moms sharing their stories.