How to Meet your Virtual Mentor 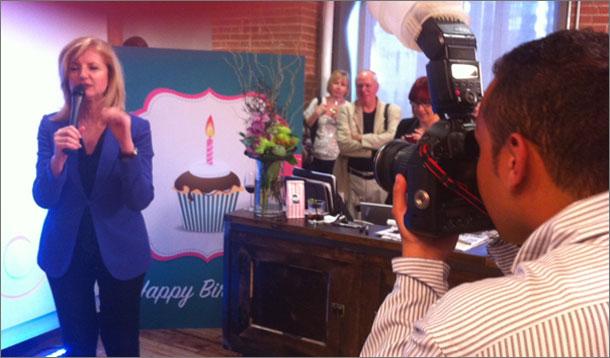 Arianna Huffington is a virtual mentor of mine. Of course she has no idea who I am, but after hearing her speak at the Canadian Marketing Awards earlier this year, I felt we were on the same virtual page, so to speak.

When I was invited to the First Year Anniversary of the Canadian Huffington Post, I almost didn't go. I'm not a fan of attending events alone and all my dates were busy. But I ignored my social anxiety and got ready to shmooze. I'm so glad I did. 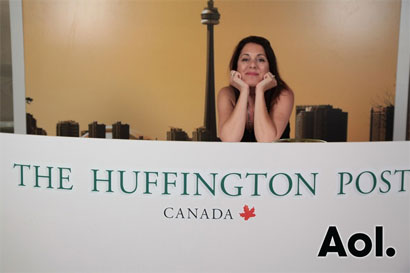 I connected with Wilf Dinnick, founder of the innovative OpenFile.ca, and caught up with my lovely friend Farah who launched Speakers Spotlight. I also met Rebecca and Lisa, two smart-as-a whip Huff Post lifestyle editors who do a kick-ass job.

And then suddenly Arianna arrived. I didn't even know she was coming. And right beside her—Conrad Black. I strained to overhear their conversation but the room was too noisy. I'll bet he's going to be blogging for her, if he isn't already. 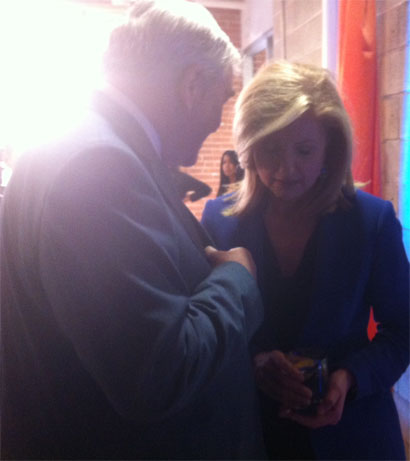 Once their secretive chat was done, I grabbed our official Rules for Moms card and scurried over to introduce myself to Arianna. Our converstation was short. I gave her my card, told her about YMC and she responded with, "We should work together." We posed for some photos together, in which she graciously held up our YMC-branded card. 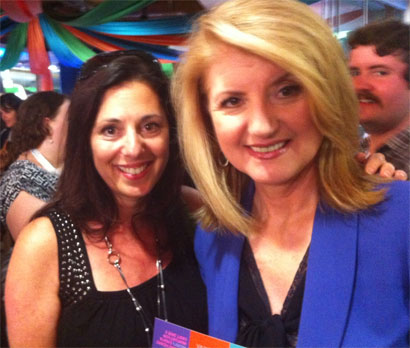 And then she was gone, pulled away to address the crowd.

I met Arianna Huffington. For someone so powerful, she was humble and genuinely interested in those around her. I'm thrilled to have met my virtual mentor. Next on my bucket list, lunch with Arianna. What? It's possible!

As for you, the next time you get an invite and want to cancel because you don't have a date, let this awesome night be your reminder to go for it! Who knows what adventures are waiting just for you. 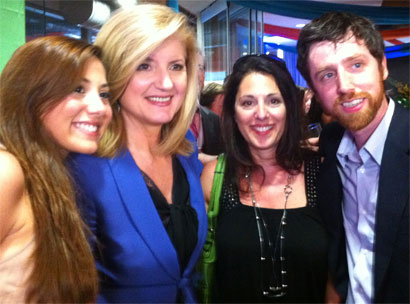