3 Special People Who Will Inspire You to be Strong

Brave When You Have To Be 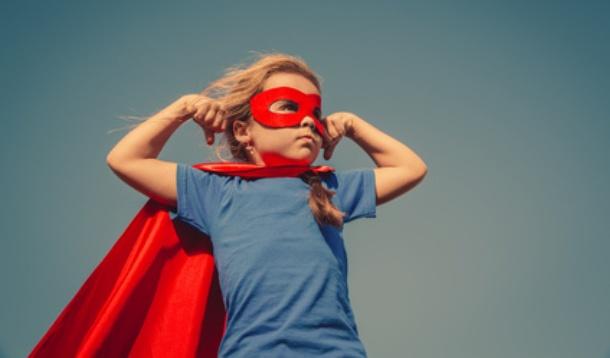 Every day I am surrounded by inspiring people, both in real life and online. Sometimes I have a chance to hug them in person and tell them how their actions have moved me. Other times, an email, a tweet, or a "like" lets them know I'm with them in spirit.

How many times have you scrolled through your Facebook feed and caught your breath when you see a friend going through a tough time and watched as they rose to the challenge? Tough times bring out the best in so many. Here are three people I admire for how they are handling the terrifying news that no one ever wants to hear: You've got cancer.

Toronto blogger and mother of two in her mid 30's, Renee Kaiman Levy was diagnosed with breast cancer on March 13, 2015. I can't even imagine what was going through her mind. The terror, the sadness, the pressure to make the right choices. After two short weeks of self-professed depression, Renee decided to make the best of the situation. She used social media to candidly post about her cancer journey, giving us a very personal view of the ravages of chemo and her double mastectomy, as well as the fallout from being sick while trying to raise a family.

But Renee's candor enabled her get through the process by inviting her community to help. It was a beautiful thing to watch her circle of friends, both close by and virtual, take care of her and her family so she could focus on healing. A year after her diagnosis, I'm so happy to see Renee is in remission, her hair is growing back in and she is even rocking it at the gym. Renee, your bravery, honesty and amazingly positive attitude inspires not just me, but so many others. Have you heard about the Nanny Angel Network, a cause close to Renee's heart? 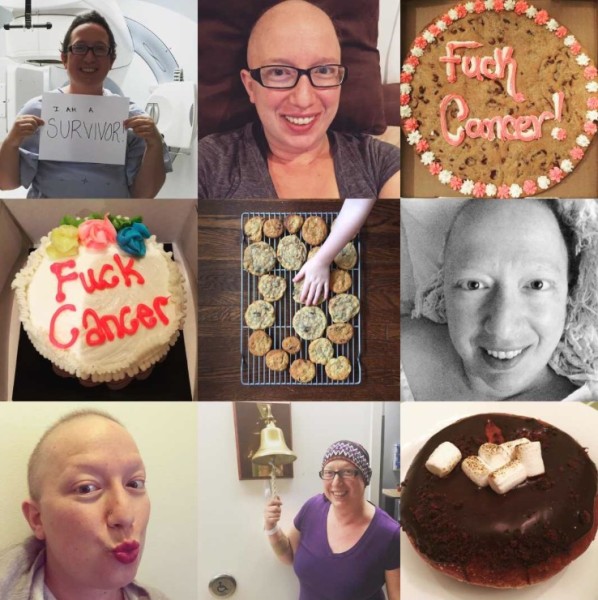 (photo: My So Called Mommy Life)

I remember a random phone call about seven years ago from an Ottawa area code. "You should hire my wife to write for you. She's extremely talented." I clicked the link he forwarded me, and sure enough, Connie Bernardi was a superstar waiting to be discovered. Thanks to her husband Stu Schwartz who made that call unbeknownst to her, I invited Connie to join the YMC blogging team where she wrote for us for five years. I don't see Stu or Connie very often these days. "Stuntman" Stu is a beloved Ottawa radio host and Ottawa Senators PA announcer, and Connie is also well-known radio personality, but I do keep up with them through social media. Two months ago Stu, aka Stuntman Stu, took to Facebook in a very emotional video announcing he had just been diagnosed with leukemia. The internet exploded using #StuStrong to rally around him.

Stu is using his personal battle with leukemia to educate us about the disease and leveraging his notoriety to raise money for cancer research. It's a beautiful thing to witness how Stu has inspired Canadians to give blood and dollars by bearing his heart. So far $80,000 has been raised through #StuStrong since February 15 when he announced he has cancer. Stu is in the fight of his life. In a recent very emotional Facebook video, he let us know that an anonymous bone marrow donor has been found for a life-saving bone marrow transplant. We're all cheering for you Stu! Your generosity and great perspective on life make the world a brighter place.

I first met Heather Hamilton briefly 16 years ago when she sold me shoes for my wedding. I had no idea that a decade later our paths would cross again in the bloggersphere. Heather was documenting life with her family, with a focus on her special needs son Zac. She became an advocate for helping families and children like sweet little Zackie who we all grew to love. I still remember that devastating day when we lost little Zack to the angels. Every single person I knew on the internet had changed their avatars to Elmo, in honour of Zac's favorite character. Heather used her grief to inspire others and advocate for children with special needs. By sheer force she raised enough money to build Zack’s Dream Room in York Central Hospital. Heather is truly a beacon of positivity.

But once again Facebook was the place I learned that Heather has been diagnosed with thyroid cancer. Things are happening quickly now. Heather has already had her surgery to remove her thyroid and is now on the medication she'll be dependent on. Just like Renee and Stu, Heather's positive attitude is inspiring. And I'm very proud to call her my friend.

Learning to embrace my scar and find the best selfie angles after #thyroidectomy #thyroidcancersurvivor pic.twitter.com/t4xRa7Aqew

I am so honoured to know each of these people, each of them going through incredibly tough situations with grace.

I think a lot about those I know — those fighting cancer and their families — and I want to do something, albeit small, in their honour. On Mother's Day, May 8 I'll be running the Sporting Life 10k in their names. Funds raised go towards sending kids with cancer to Camp Ooch, a haven for kids who've already been through too much. If you'd like to donate to help send kids with cancer to Camp Ooch, more information is available here. And if you're running the Sporting Life 10K in support of the heroes in your life, I'll see you on race day!

These are only three people of the many who are dealing with cancer. There are too many others who are also in the fight of their lives. If you feel so inspired, tell me about them in the comments below. Let's celebrate their strength and let them know they're not alone.

Erica Ehm Exposed! How to Heat Up Your Holidays With a Slippery Gift for Him