Why I Was Fired by McDonald's

What a First Job Can Teach You 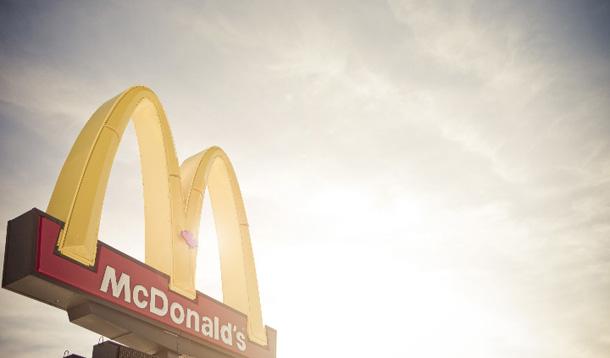 My first real job was at McDonald's when I was sixteen. I had just moved back to the big city of Montreal to attend CEGEP after living on a horse ranch in the country. I was on a mission to earn some spending money to pay for my record-buying habit. My girlfriend had an "in" for me. She was already working at McDonald's and was loving the regular income. I painstakingly filled out my application and waited to hear if I had made the cut. I remember the thrill of getting the call about my first day at work, the mixed emotions of putting on my brown and yellow uniform for the first time, and the nerves on my first day behind the counter.

My job was order taker and cashier. "Would you like fries with your Big Mac?" become my daily mantra. For hours, I stood behind that iconic counter, greeting customers and selling burgers. This was a long time ago, but if memory serves, I also had to scoop the fries, make the drinks, add condiments to the take-out meals and bag 'em up. It was non-stop; McD’s was always busy. I was working for “the man”. But at the end of the week, when cheques were handed out, there was nothing quite like the high I got from earning my own money.

Having a real job was quite the culture shock with a big learning curve. For the first time in my life, I really had to play by someone else's rules. The mere fact that I had to wear a uniform was a big deal. I was a punk rocker at heart and proudly dressed the part. Wearing that brown and yellow uniform reminded me I wasn't “rock 'n' roll Erica” when working. I was “Erica, McDonald's employee,” with a different code of conduct. Rules had to be followed.

My parents weren't around to micromanage my time or behaviour. I was now playing in the big leagues, and my success and failure was on my own back. I had to show up on time and if not, my pay was docked. If I made it a habit, I'd lose my job. Making mistakes had repercussions. I always had to be pleasant to customers, even when I was having a bad day. Quite the departure from the expectations I was used to at school (which were more forgiving than the working world). For the first time in my life, I was fully accountable for my actions.

I certainly learned many life skills during the year I worked at McDonald's. First, work is hard. No work = no pay. I valued the dollars I earned and learned to spend them wisely.

Time management was also a big one. I had to wake up on time (even after a late night hanging out with friends), accommodate for bus schedules, and get my shifts into a calendar. Since I was also going to school, working at the school radio station, and had a rocking social life, I needed to be uber-organized to survive.

Finally, I had to learn to listen to my boss. For the most part, I toed the line, except for one small rule I unintentionally kept on breaking. We were reminded that, when taking orders, chatting with customers had to be kept to a minimum. We were told to take their order, pack it up, give them their change, say thanks. Rinse and repeat. I just couldn't do it. My superpower of authentically connecting with people was (understandably) not in line with a company who prided itself on speed and efficiency. I was definitely a weak link in that regard, which ultimately cost me my job. Although hard to accept, it was one of those good life lessons.

It's interesting how times change. McDonald's is still the place where so many teens land their first real job (almost 65% of the nearly 90,000 people employed at the golden arches in Canada are between the ages of 15 and 24). But the company is now way savvier in how they are attracting kids to join their team. They still offer appealing flex time so students can work around their school schedules, but they're also shifting the way jobs are positioned. Recognizing that working at McDonald's is often a stepping stone to a career, the company is now highlighting the “Skills for Life” which are the transferable skills  like customer service, problem solving, and communications that you gain from working at McDonald’s. These are highly valued buzzwords in the work force nowadays and they are skills hiring managers and recruiters are looking for on resumes.

Here's what I find really interesting (and perhaps a little vindicating). McDonald's has done an about-face on their old school mentality of focusing on fast service rather than making personal connections with the customer. A corporate mind shift has led to creating roles focused on guest experience and hospitality, a far cry from what was expected from me back then. If I were working the same job today as I did when I was in college, I would have been praised for connecting with customers. I would have rocked that job!

My kids are now old enough to have jobs. My daughter just started babysitting and my son (who is almost the same age I was when I worked at McDonald's - WHAT?) just got signed to a modelling agency. Both of them are already learning that the road to making money is more complicated than they thought. I'm looking forward to them earning their own money, not just to ease the family's financial pressure, but for them to learn the valuable life lessons like I did that come along with my first job at McDonald’s. Who knows? Maybe they’ll follow in their mom’s footsteps and work at McDonald’s. Everyone has to get their start somewhere.

This is proudly sponsored by our friends at McDonald's.
www.mcdonalds.ca/careers