Plus Exclusive interview with head of Barbie Creative 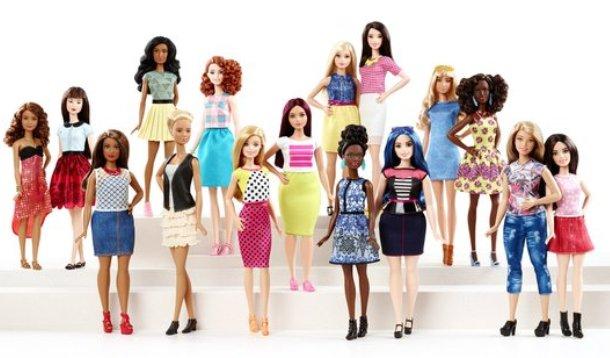 Nine months ago I was given a chance to witness the evolution of one the world's most iconic brands. At Mattel Headquarters in Los Angeles, the team responsible for branding Barbie was secretly working on plans to transforming the very essence of who she is and what she stands for, and I was invited to join the first ever Global Barbie Advisory Board and be a part of that change. To be frank, I was skeptical. Mattel is a very traditional company, I told myself. How much would they tamper with a product that has such a rich history with consumers? After all, Barbie has been on toy store shelves since 1959 with relatively few changes. She was a perennial favourite and children had been playing with her pretty much as is for, literally, decades. Could Mattel — would Mattel — be willing to hear voices assembled for the purpose of changing her?

Barbie in 1959 came in two styles: Blonde, and Brunette: 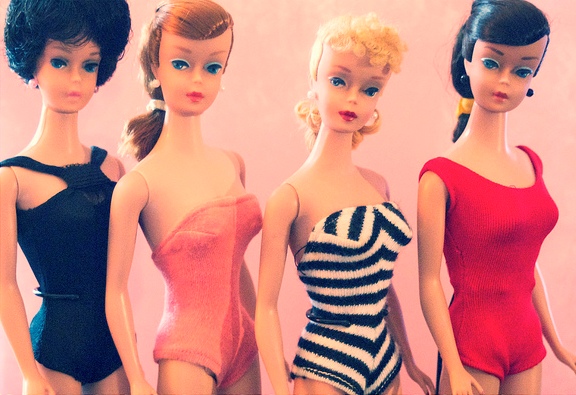 I, along with eleven other board members, were invited to participate in a series of secret meetings sequestered at Mattel headquarters with the top decision makers from Barbie brand team. We went around the table introducing ourselves. My fellow board members were strategically chosen feminists who ran companies, built non-profits, influenced moms, coded games, and coached politicians. Most had fond memories of playing with Barbie, but all of them had issue with Barbie's current persona. The advisors were all in agreement that Barbie needed to evolve or becoming irrelevant for girls today. Her overly exaggerated figure, her feet which only fit high heels and her push-over personality is not what parents today want their daughters to be playing with.

To our great surprise, the team at Barbie agreed with us and began to reveal their ambitious plans to address parents' concerns by actually changing Barbie's shape, colouring, and personality. There was excitement in the room! We were about to witness something big.

Six months later, we were again called to Mattel Headquarters to participate in another secret roundtable lead by Kim Culmone VP of Barbie Global Creative. This time we were privy to the reveal of a prototype series of Barbies in different shapes, sizes and colours. It was quite thrilling to see how Kim and her team had genuinely absorbed the discussions and feedback we'd participated in and had synthesized the feedback into this brood of Barbies.

Today the new Fashionista collection of Barbies was officially unveiled with an in-depth cover story in Time Magazine. On a personal level, it's pretty thrilling to have been behind the pink veil to see first hand the talent and tenacity required to be bold in rebranding. I'm so proud to have played a tiny part in re-imagining Barbie to become a doll that girls can see themselves in, no matter their size, shape or colour. Finally Barbie reflects the diversity our kids are growing up with to help them spark their imagination and play out their stories without having to wear high heels. 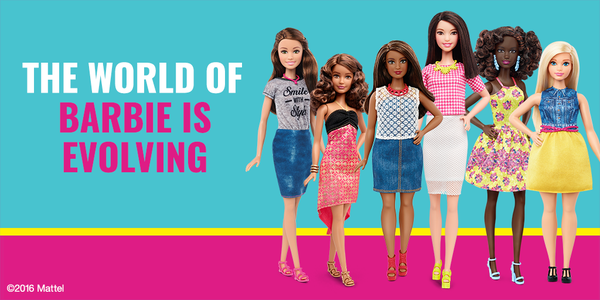 Creative Director Kim Culmone might just have the coolest job on the planet. She started working on Barbie seventeen years ago, and today is responsible for overseeing the entire global team of talented designers who create Barbie's look, hairstyles, clothing, accessories and footwear. Cool, right? Kim is fascinating. She told me how conflicted she had been over the years working on Barbie, how she loved the Barbie brand and its rich history as a pop icon, but also felt like Barbie needed to evolve to stay relevant. This new direction for Barbie has a lot to do with Kim's vision. Here's what she shared with me about her role in the evolution of Barbie:

When you heard that Mattel was committing to a substantial (and secret) Barbie transformation for the first time ever, what did you think?

I was lucky enough to be part of the development of the new dolls from the beginning.

We were making products that girls liked, but we were missing parents. This generation of moms and dads are purpose driven and we had not evolved to keep pace. We knew that we needed to refocus on creativity and remind moms about the purpose and power of Barbie – that through open ended play, storytelling and imagination girls can imagine everything they can become through Barbie.

So, after taking on my role as head of Barbie creative, I wanted to challenge my design team and give them the opportunity to think outside of the box. I pulled them together and gave them an assignment, which we called Project Thunder internally. I asked them what they would do to make Barbie a reflection of the current times and they came back with a wide variety of ideas from aesthetic innovations to technology integration.

The team kept coming back to variety and diversity and evolving the body was a key part of their exploration. While this consideration had been brought up many times at Mattel over the years, it was then – because of a variety of internal, external, and societal factors – that we decided to move forward with adding new doll shapes to our Fashionistas line.

I’ve been at Mattel for more than 17 years and this is the most excited I’ve been to come to work. It is exciting that we are reacting faster, taking more risks and refocusing on creativity and innovation. It has been amazing to be part of this project and lead the team through the long and challenging design process. Now, we can’t wait to be able to share the news dolls with consumers. 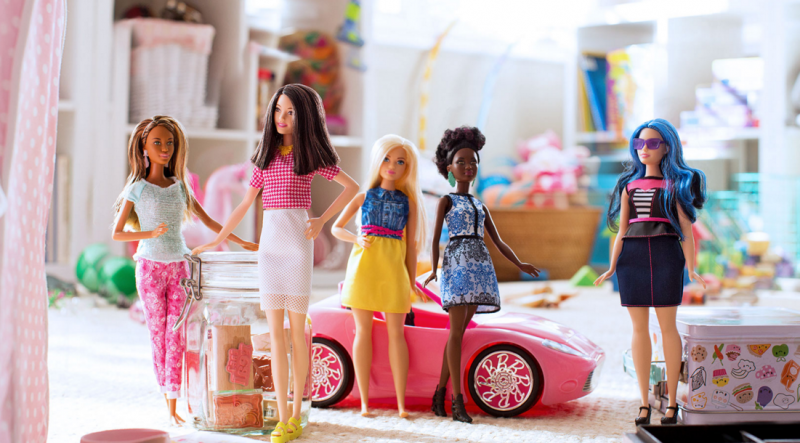 As part of the Global Barbie Advisory Board, I've had a glimpse of the changes you've been in charge of. Can you outline the physical changes you oversaw and why they were necessary?

Adding variety to the line gives girls choices that are more representative of the world that they see around them.

We spent a lot of time in the exploration phase when designing these new bodies. Our goal was to add new body types that could be peers and were noticeably distinctive when they were next to each other.

My role as a creative leader is to set a vision and then provide guidance, feedback and an editing eye. While I oversaw the entire design process, the credit should go to my amazing design team. They inspire me every day.

What role do you hope Barbie plays in girls' lives today because of the transformations you and your team have designed?

For 57 years Barbie has been an amazing tool for self-discovery and storytelling. When a child plays with Barbie she takes an imaginative journey. With these additions, girls have more choices than ever before to use their imaginations and play out their stories with a line of dolls that is more reflective of the world they see around them.

I have a feeling you are, but is Barbie a feminist? Why or why not?

At her core Barbie stands for choice, empowerment, creativity and imagination. Barbie has always been a trailblazer. She has had more than 180 careers, went to the moon before Neil Armstrong, has run for president four times and was just recently an entrepreneur – a career underrepresented by women. As a feminist, all of this makes me proud to work on this brand.

So what do YOU think about the new Barbies? Has the design team at Barbie nailed it? Will you be buying Barbie for your girls (or boys) now, or is it too little too late?