Would You Censor This Video?

Shame on you Google, for being small minded 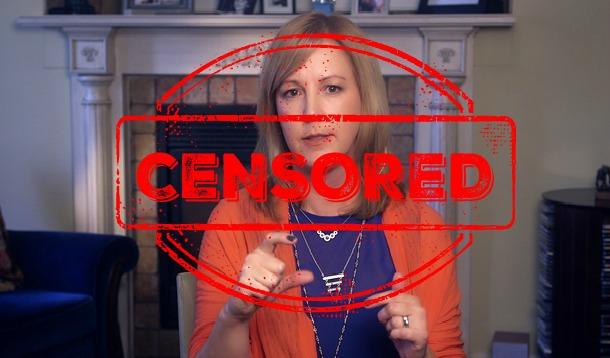 Remember the fiasco when the morality squad at Facebook chose to block an image of a mammogram, claiming it was "inappropriate content"? Understandably, many of us were incensed by the arbitrary definition of what is socially appropriate (or inappropriate) for the average Canadian. After a major brouhaha, Facebook acknowledged that images of mammograms and nursing are in fact, not salacious adult content.

And now I'm experiencing the overbearing righteousness of the morality squad over at YouTube who refused to allow me to promote a YMC video on the basis that it had an "adult image or video content." Huh? Have a look at it and then read on:

As you may know, YMC has partnered with the Centre for Pediatric Pain Research to help bring evidence-based research about pain management to families. Traditionally, the way health researchers package their information is notoriously boring; standard run of the mill pamphlets which gather dust in doctor's offices or instructional videos posted on poorly visited sites. With our #ItDoesntHaveToHurt program, the team at YMC is taking pediatric pain research and sharing it in entertaining ways so parents will pay attention.

We just released a super cute video featuring YMC writer Lisa Thornbury whose daughter has had her fair share of painful procedures during frequent hospital visits. Known for her sense of humour, we tasked Lisa with explaining how to prevent children's pain in a playful way. The result was How a Bikini Wax Inspired A Mom To Help Her Daughters Pain.

The team at the Centre for Pediatric Pain Research, lead by award-winning researcher Dr. Christine Chambers, loved the video. They called in their parent panel and their more conservative research colleagues to vet the content. Thumbs up all around. In fact, one of the members of the research team even tweeted that it was her favourite campaign content yet.

Based on the high level of excitement about the video, we decided to "boost" it, so more Canadian families would be able to see it and benefit from the information. That's when it was flagged by the YouTube team for promoting "adult" or "non-family safe" content. Clearly there was a mistake so I called their customer service line and waited while my contact there watched the video. Her response was, "I don't see any adult content in this video. I will send it to our team who will be able to unflag it for you."

But today, when Chad from YouTube called me, he had bad news. The "morality squad" at Google felt that this video did indeed have adult content in it. Saying the words "bikini wax" did not align with their family policy, and therefore it could not be promoted. He suggested I remove the words from the video. While I explained that the WHOLE POINT of the video was how a mom learned to treat her child's pain through her experience with a BIKINI WAX, he replied that there was nothing he could do. The verdict had been passed down. Google had spoken.

So we're going to have to do this differently. I'm counting on you to share this story, so the powers-that-be at Google can see the small-minded decisions their employees are making. And secondly, if you think the video is worthwhile, please boldly share it with all the families who could benefit from a cute two-minute video featuring evidence-based research about children's pain.

For a company like Google who prides itself on innovation and social good, shame on them for this small-minded decision that can only hurt families who need to learn how to deal with pediatric pain.