Netflix: Everything You Ever Wanted to Know

What to watch and how

"How would you like to come to fly to Silicon Valley for an inside look at Netflix?"

Call it irony, synchronicity, or "beshert" that the invite popped into my inbox while I was watching one of my coveted episodes of the beloved Mad Men series on my iPad via Netflix.
File this under offers I can't refuse. I agreed to be part of the #StreamTeam—bloggers from around the world who were invited to hang out at Netflix for a couple of days, meet the CEO and the innovative team behind this tech startup, and get a look at the programming plans for the coming year. Why was I so excited to visit Netflix headquarters?

On a personal level, my family's viewing habits have changed substantially since we hooked up Netflix through our Wii to watch on our big screen TV. Weekend nights you will often find us all cuddled on the sofa taking in a movie we've (miraculously) all agreed upon. And when we're on vacation, my kids whip out the iPad at the hotel for some quick and easy entertainment. Night times, my hubby and I watch our fave shows—sometimes together on the big TV. Often separately, (for me—Mad Men; for him—Breaking Bad) each on our own iPads.

From a business perspective, the chance to meet the innovators who are shaking up the entertainment industry with leading edge technology and strategies would be nothing short of inspirational for a small biz owner.

Also, let's be honest, to be able to connect with experienced big-name bloggers behind sites like Dooce, Girl's Gone Child, Alpha Mom, and Rage Against the Minivan, as well as a dozen other international parenting bloggers was a networking bonanza. So I took one for the team and spent a day and a half learning (almost) everything there is to know about Netflix to share with you.

Netflix is Huge and Growing

With over one billion hours of content streaming every month, Netflix is currently the largest paid streaming video service in the world. With a staff of 1,000, the company is diligently inventing new technology for end users like us to watch and share content in the most simple way.

Watch Netflix on over 1,000 devices...and Counting

We're able to stream Netflix programming on over 1,000 devices with the number constantly rising as more tablets, computers, smartphones, smart TVs, and players hit the market. Each device functions and presents differently, so there is a ton of backend programming to optimize the experience for each device. Of course this is something I never even think about when I turn on my Wii or iPad. I just want it to work. We learned how incredibly difficult it is to simplify every single process, from connecting to Netflix, signing in, and ultimately curating the right content for each viewer to be displayed in the most user-friendly way.

What I didn't realize is that you can start a show on one device and finish it on another. Netflix saves your place for you. Cool, eh?

What's Most Popular at Netflix

Why Is Netflix Programming Different in Canada?

This is the big question! Why are certain shows not available to Canadian audiences? Conversely, why are there shows ONLY licensed for Canadian viewing? Interestingly, the bloggers from each of the various countries represented (England, Ireland, Brazil, Finland, Mexico, Sweden, Denmark) each were wondering the same thing as it relates to their country. The short answer is Netflix has to navigate the often messy task of licensing each show per territory because that's the standard why broadcasters and producers have been selling shows around the world. Netflix is an international streaming company, which is new territory for licensers. But rather than me answering, I went directly to the source and shot a short Q & A with the Director of Content Acquisition for Domestic TV, Andy Yeatman. Watch it here.

Your Behaviour is Curating Netflix Programming

Without wanting to freak you out, you should know that Netflix is watching how you interact with their service. They compile information about what you watch, how long you watch it and how and where you stream your shows. This behavorial information is part of their Big Data which informs the algorithm to curate those personalized horizontal tiles on your Netflix home page. Basically, they will show you more recommendations based on what you watch. What I didn't realize is that those sliding rows of shows are just a small percentage of all the content available on Netflix. You can also type in genres, actors, directors or show names in the search bar for a ton of other relevant programming.

Not only are you helping Netflix decide what to show you, your behaviour will also help inform the acquisition team to better understand what Canadians are into. Shows which see very little traffic are eventually dropped from their programming. Popular shows will be relicensed whenever possible. So vote with your eyeballs. The more of a show you watch, the better chance it will have of staying on Netflix. Netflix is Focused on Families

Did you know that your kids are just two clicks away from something explicit on YouTube? Netflix is investing a huge amount of time, energy and dollars into a safe family friendly programming experience for kids 12 and under. In fact, they've built an entirely separate Just For Kids interface. And for Netflix, it's not just good business. It's personal. Almost everyone we met from the staff is a proud parent passionate about delighting kids with awesome age appropriate content. It was entertaining listening to Todd Yellin, head of Product Innovation at Netflix, shared how he noticed kid-centric titles Caillou showing up beside indie-trash film Zombie Strippers in his family's personalized Netflix Recommended bars. That personal experience prompted him to create a safer environment to keep his (and our) kids away from inappropriate adult programming.

Personalizing Your Netflix Experience Even More

Going back to the problem Todd Yellin had with his choice of shows clashing with his kids' viewing habits was a result of having only one profile per family. The recommendations Netflix algorithms create for you is based on the combined viewing patterns of everyone in your household. That clearly wasn't working for families with a variety of viewing styles. So, BREAKING NEWS. Netflix is currently rolling out a feature allowing different customizable profiles per account! Once your build each member of your family's profile, each of you will begin to see age-appropriate shows based on your taste. So no more Zombie Strippers beside Caillou for your toddler. The most controversial kids programming on Netflix you'll have to deal with is when little boys choose to watch My Little Pony!

From Curation to Production

This is a huge shift in the Netflix business model. Historically just a content curator, this tech company has jumped into the entertainment business and is shaking up the way television is being produced. Traditionally broadcasters shoot a pilot, and if successful, they'll invest in a short series. Netflix did it differently. Their first self-produced series, House of Cards starring Kevin Spacey, went straight into a full season of production with a 26 episode commitment without any pilot—which is unheard of in conventional TV production circles. Based on their big data (which your viewing habits contributed to) Netflix producers already knew Kevin Spacey is a big draw on their platform, and shows in this genre are well watched by Netflix subscribers world wide. Plus, instead of launching each episode weekly as per traditional TV, they posted every single episode simultaneously, letting viewers decide how they'd like to consume the show. The response has been amazing and cast and crew are currently shooting the next season to launch exclusively on Netflix in February 2014.

Their next big exclusive series Arrested Development just launched amidst huge media hooplah. Fans of the defunct American cult comedy series were thrilled to be able to stream a whole season of new episodes of Bluth families misadventures.

Now Netflix is also getting into production of children's programming. They just signed a sweet deal with mega producers Dreamworks to create a kids series based on the upcoming animated film Turbo F.A.S.T. Once again, all episodes of the series will be posted at the same time so kids can stream as many episodes whenever and however they'd like. And because they own the series, like Arrested Development and House of Cards, Netflix is the only place you can see these shows worldwide.

My monthly bill for Netflix is $7.99 — this cost covers unlimited streaming of unlimited shows on unlimited devices. Compare this to the cost of renting one movie you watch once and return. And don't even get me started on the cost of traditional cable with all their additional fees for different channels. I'm not yet an official Cord Cutter (someone who only watches streaming TV vs traditional cable), although my family's viewing habits are definitely heading that way. Between YouTube and Netflix, I'm happy to say my kids rarely watch TV littered with sugar-cereal-fuelled ads.

I haven't managed to squeeze in all the cool stuff I learned during my short Netflix on-site immersion in this post. Why don't you share your experience with Netflix so far below. What do you think of the service? Did you know all of this already about Netflix? Anything you're wondering about that I may be able to answer?

Gotta go. Time to jump on my treadmill and watch Mad Men on my iPad. 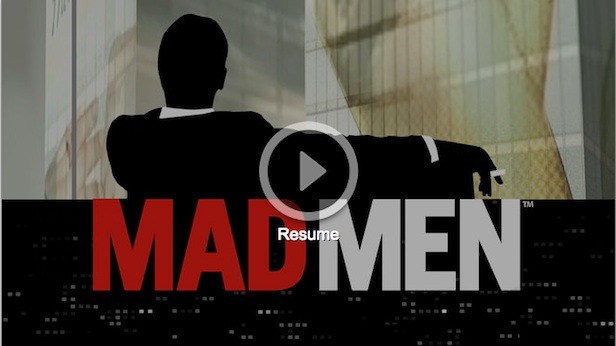 Category:
Culture - Television
Tags:
Netflix; Netflix in Canada; streaming video
how is netflix different in the US and Canada
Arrested Development on Netlflix
House of Cards on Netflix
why should I get Netflix
the pros and cons of Netflix
erica ehm

This is proudly sponsored by our friends at Netflix.
www.netflix.com