Updating The Wizard of Oz 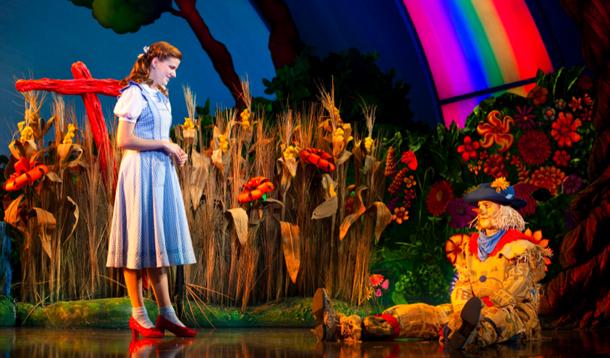 *Disclaimer: This review is entirely biased. Wizard of Oz is my favorite movie. When I was eleven, I actually hand wrote the entire movie script. I wanted to BE Dorothy.

Last night, my kids and I were treated to the Toronto production of Andrew Lloyd Webber's The Wizard of Oz. Starring new talent Danielle Wade as Dorothy Gale, this version dares to tamper with the classic screenplay with new direction, songs and script. 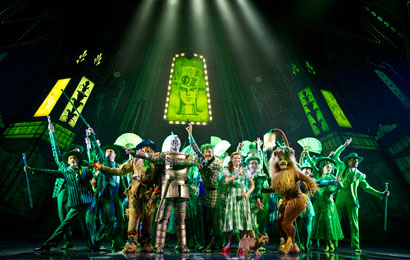 For me, a long time Oz fan expecting to know every line and tune, it was a bit of a shock to realize this was not my grandmother's Wizard of Oz. This is Wizard of Oz 2.0. Once I understood to expect the unexpected, I relaxed and was able to enjoy this semi-new Oz vision.

Unlike most theatrical productions of Wizard of Oz I've seen (i.e., my daughter's school play), this version uses a lot of snazzy film and technical wizardry to bring the show to life. The famous twister scene where Dorothy is lifted out of Kansas and lands in Oz was fun to watch, as was the scene when the Wizard is revealed. 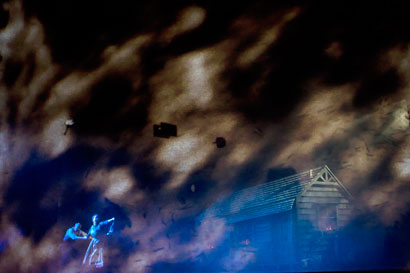 While the technical flash was effective, I found the direction to be the most modern, innovative element of the show. Rather than mimicking the beloved film performances of the Tin Man, Scarecrow and Cowardly Lion, the three actors breathed new life, depth, and humor into their characters. By the end of the show, I knew them better than I had from watching the film fifty times. Part of this is due to the actors' obvious talent, but I give a lot of the credit to director Jeremy Sams who clearly wanted to reinvent the classic with his fresh ideas. 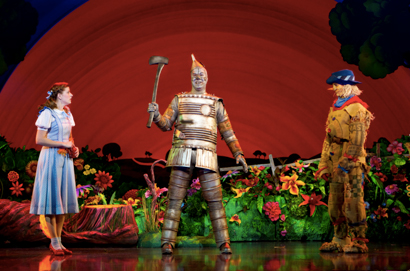 The Wicked Witch was completely modernized. Her famous pointed black hat is replaced with black hair that shoots up like frozen black snakes, reminiscent of Ursula the witch from The Little Mermaid. Lisa Horner's Wicked Witch is wonderfully mean, although I did pine for Margaret Hamilton's well-known laughing cackle so synonymous with the film. As for Glinda, I would kill to have Glinda's vocal power but I found her missing the ethereal sweetness that, to me, is the essence of the good witch. 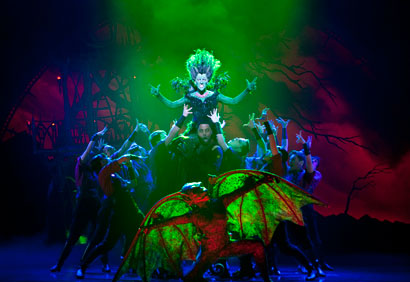 Surprisingly, my favorite performance of the night (aside from the very well trained dog who played Toto), was Cedric Smith who brought such depth and intelligence to the often bumbling character of the Wizard of Oz. 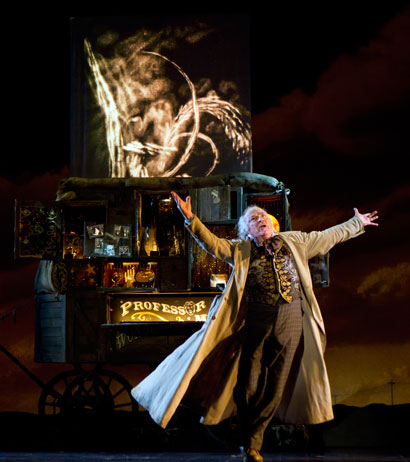 As for the star of the show, ingenue Danielle Wade's performance of Dorothy was quite beautiful—a mix of tomboy country girl bravado mixed with the sweetness of a girl coming of age—she stole my heart with her simple performance and gorgeous vocals. At times, she actually sounded like Judy Garland when delivering her lines, which I loved. On a personal note, my cousin Rebecca Codas was one of the Top 20 finalists in the Over the Rainbow: Search for Dorothy, and I am sure she would have done an incredible job in this part. 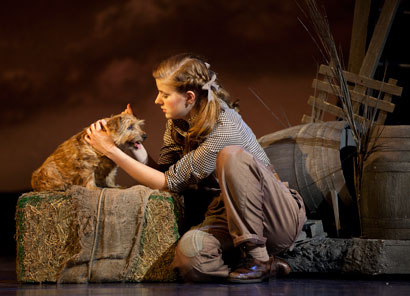 So, did the Ehm clan enjoy the show? The answer is a resounding yes. Although there were some dance sequences and new songs I could have done without, we all enjoyed the updated version of the Wizard of Oz, especially the surprise ending that really reminds us that "There's no place like home."