Children weren't born Olympians. They were raised that way.

Adam van Koeverden was getting into trouble as school. At 13 years old, her son was highly intelligent, he challenged his teachers and provoked the school. He was a teenaged boy looking for trouble. His mother, Beata Bokrossy, a single mom, decided Adam needed some male role models. She spotted an advertisement in the local newspaper for the Burkoak Canoe Club in Oakville, Onatrio that said, "Future Champions Wanted." Adam agreed to check it out. He was hooked. Thanks mom!

Beata was thrilled that her son found a club and a coach who was so supportive, and taught him not just about paddling, but how to be a man.

She never expected him to become on Olympic athlete, Olympic Flag Bearer or Canadian hearthrob. 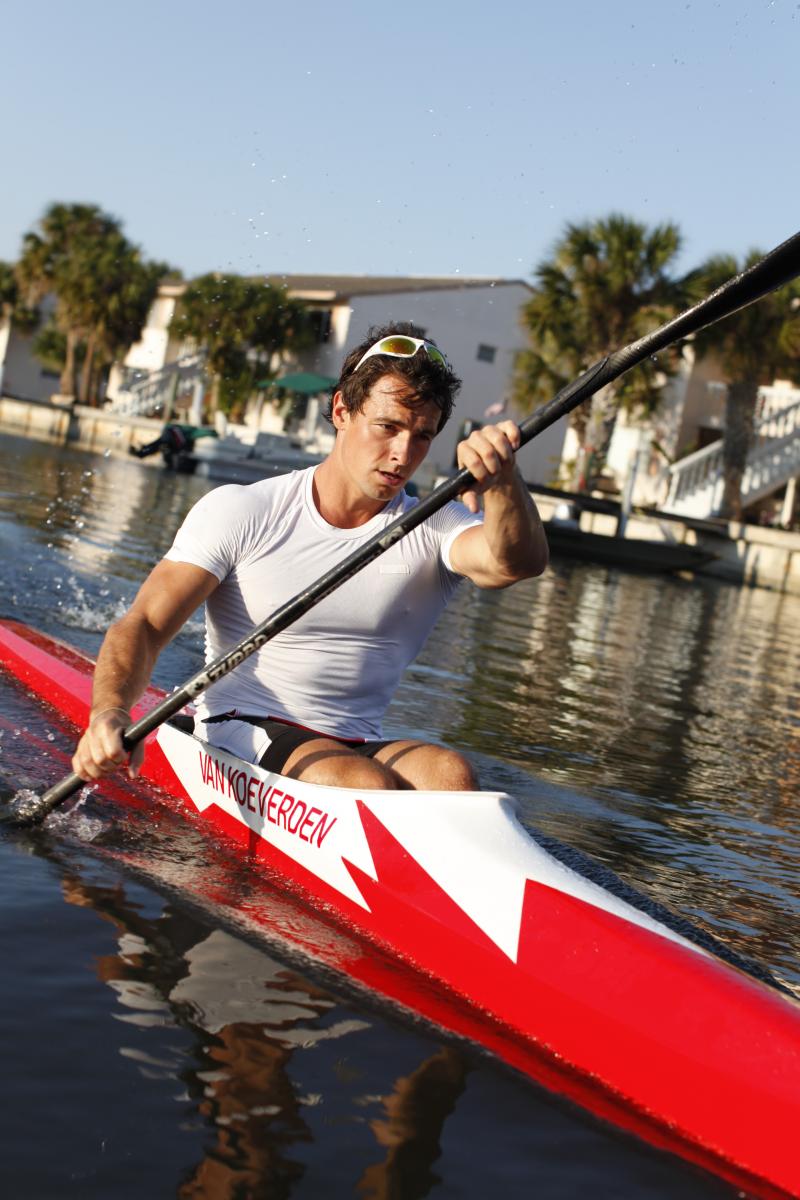 Beata and I flew to London together, both of us guests of P&G's Thank You Mom program. We had time to chat candidly about raising an Olympian. When I asked her what she thought all moms of elite athletes had in common, she didn't hesitate to answer. "An understanding of what is required to be around when your kids are struggling. These kids are all type A's. They all have their ups and downs. None of us are stage mothers. We help them to be the athletes they are by shlepping, making pasta, doing laundry. We all know how to dry tears. Getting to this level, we've all had to deal with disappointment."

Beaty was anything but a stage mom. She never pushed her son to go further with this paddling. You know the images in the make-you-cry Thank You Mom Commercial where the moms gently shake their kids to wake up? Not Adam's mom. When I asked her mornings at her home, Beata laughed. Adam woke himself up, got himself organized, made his own lunch for school, made his mom coffee and woke HER up so she would drive him to his early morning practices. "He was a devoted little bugger," she says with a smile.

For her, sport was a means of teaching Adam responsibility. By excelling on the water, Adam began to understand hard work and dedication.

Today, Adam has become a role model for so many kids. And his mom tells me he takes this very seriously. In fact, Beata is even more proud of her son's deep commitment to philanthropy than of she is of his winning all those medals. To her, it speaks volumes about her son's character that no matter how tired Adam is, he'll never disappoint or ignore a kid who wants to chat or get an autograph. That selflessness is what impresses her the most about her son.

Wise words from a mom who should have won a gold medal for parenting.

Want to meet some other Olympic Moms?