A Peek at How Crash Test Dummies Die So You Won't

They Take a Beating on your behalf 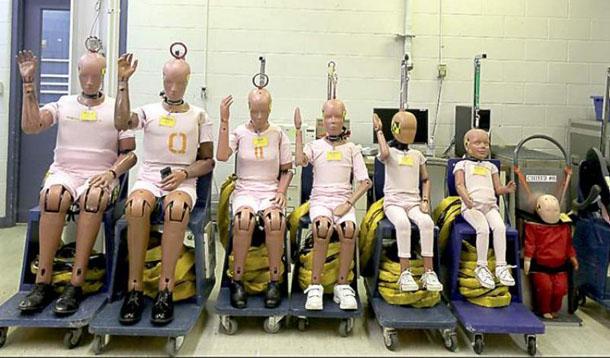 When accidents happen, they’re over before we know it and the results can be frightening just to read, never mind experience. Vehicle safety features are improving every year and manufacturers pride themselves on their safety advances. In fact, they spend millions (dare we say.. billions!) of dollars on research! In every collision, there are 3 stages to it: before, during, and after. We wanted to see how manufacturers are working to protect occupants during a crash, so we took the opportunity to tour some of Chevrolet’s most top-secret test facilities.

5 Steps To Take After A Car Accident 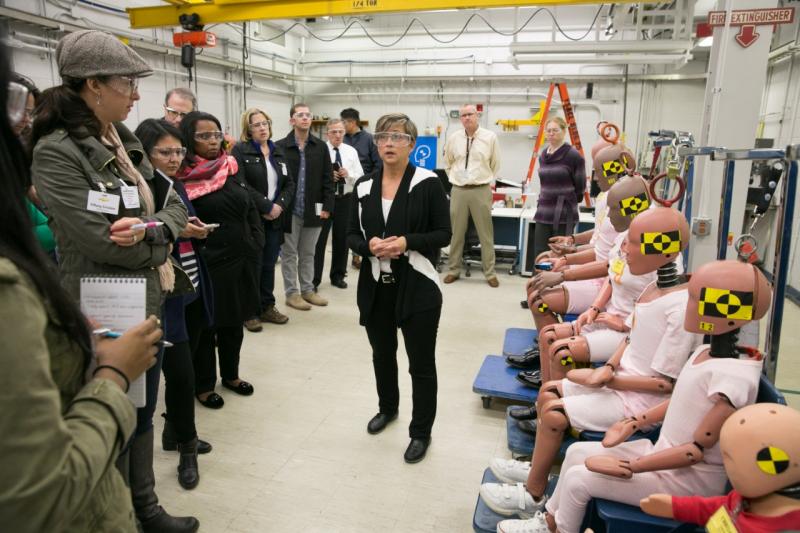 Many, many years ago, human cadavers were used to study the impacts of high-speed collisions. Since then, many other research methods and ‘props’ have been used with the dummies becoming popular in the 70s. During a tour of the General Motors Milford Proving Grounds, we had the chance to meet with the famous Crash Test Dummies. They came in all sizes and weights, almost 200 different dummies – including an adorable little newborn. This allows manufacturers to test impacts on various types of occupants.

The anthropomorphic test device (ATD), better known as a crash test dummy, is realistic in height and weight and is designed to record data in simulated collisions. All over these dummies are small accelerometers, load sensors, and movement sensors that measure all of the information that safety engineers require to design safer vehicles. These dummies can cost over $400,000 USD each and the accelerometers are not cheap either (~$500 USD each)! We were floored - we had no idea they were that expensive. 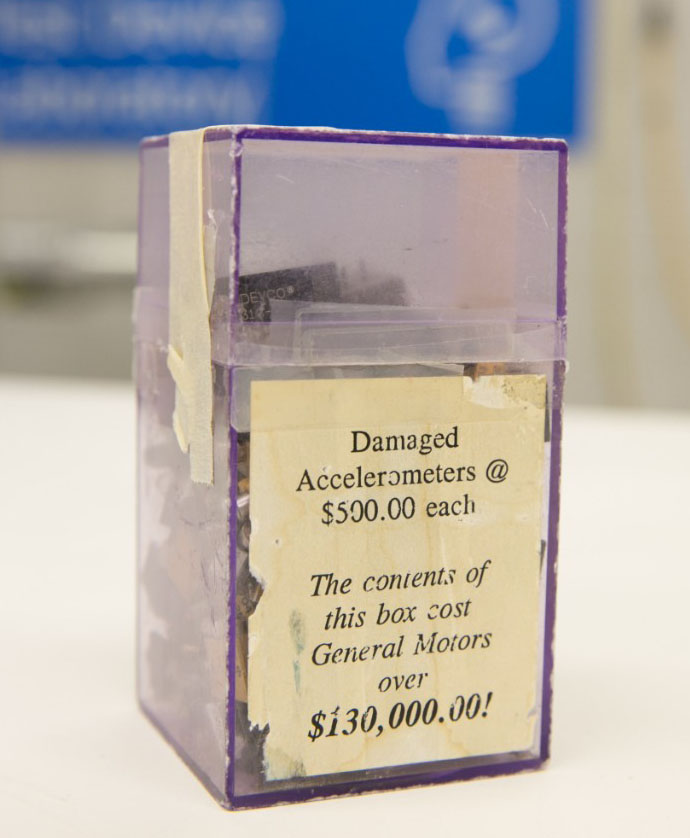 Scary Fact:
47% of drivers and 54% of passengers in a fatal collision were not wearing a seatbelt.

How To Buckle Up When You're Pregnant
In a day and age where the seatbelt is widely accepted as reducing serious risk in the case of a collision, we couldn’t help but wonder how so many people are still not buckling up. Your seatbelt is considered an active restraint system – you have to put on your seatbelt. Systems like airbags are considered passive restraints and are secondary. Buckle Up!
Something different that we learned during the Chevrolet safety tour is the front seats’ centre airbags. Some things seem so necessary that we think it’s common sense, but before we were shown a video of a collision with and without centre airbags – we never questioned the absence of it. This revolutionary airbag creates a cushion between the driver and the centre console, or a passenger in the front seat. How had no one thought of this before?

After watching many commercials and videos of crash test dummies, we’ve come to appreciate them after spending some time learning about the data that they provide us about occupants during a collision. Sometimes, the videos we see on TV make light of the situation – the slow motion of the impact and how the dummies are tossed around almost make it laughable. It’s a sobering thought to remember that whatever these dummies report to us in data can be very real scenarios.
Stay safe - read this to find out if your headrest is adjusted properly and here are tips on how to buckle up when you're pregnant.
Category:
Life - Cars
Tags:
car safety
auto collision
car accident
crash test dummies
seatbelts
Chevrolet
General Motors
autoniche
car airbag
Emily Chung