Sticking to the rules 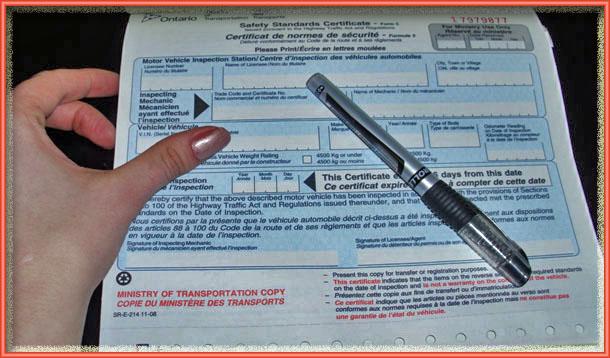 On August 3, 2012, 27-year-old Abigail MacNaughton was involved in an auto collision that claimed her life. Her vehicle was struck head-on by a truck whose driver lost control. According to the investigators, the truck was unsafe yet was issued a safety standards certificate one month prior to the accident.

I want to point out—the woman that died was neither the driver of the unsafe vehicle nor the mechanic that issued the safety certificate. She probably didn’t even consider that the oncoming car was mechanically unsafe. Oh sure, you may keep your vehicle safe—but have you ever wondered if the car next to you, in front of you, behind you was mechanically safe? Most times we blame bad driving behaviour if we see a car accident.

The reason why I’m writing this post is because every once in a while, clients who bring their cars to us for a safety inspection will comment that we’re too stringent. They think that because there’s no obvious clunk or squeak, that the car must be safe. After all, they’ve been driving it all this time and it’s not given them any issues. The car drives fine, they say. Well yes, the car drives fine because they can get from A to B… but in some cases, they’ve been operating an unsafe vehicle for quite a long time. At my shop, we take the responsibility of a safety inspection very seriously. Wouldn’t you, if there was a chance you could be charged with criminal negligence causing death? We don’t like giving bad news but our license is on the line.

Know that when you are asking for a safety certificate, your car cannot pass the inspection if you don’t do the repairs. If you’d rather a different shop do the repair work then you can get a temporary permit to take the car elsewhere. But in no circumstance should you expect that a technician would issue you a safety certificate if the car doesn’t pass ministry standards… even if you don’t agree with those standards. Sorry, we don’t make the rules but we are held responsible to follow them.

And if I let a few things go on a car whether it’s yours or someone else’s, how many other cars do you think I would have been lenient with too? Isn’t that a question of the shop’s integrity? How much more would it say if people knew without a doubt that any car certified by us honestly passed the transportation ministry’s standard? Now that’s a reputation worth pursuing. Yes, we have lost a few clients because their car failed and they felt we were too strict. Could I speak honestly with you? At the end of the day, appeasing some clients like that is just not worth the risk of someone’s life (like Abigail) and going to jail.