Tires: Why The Date Code Matters 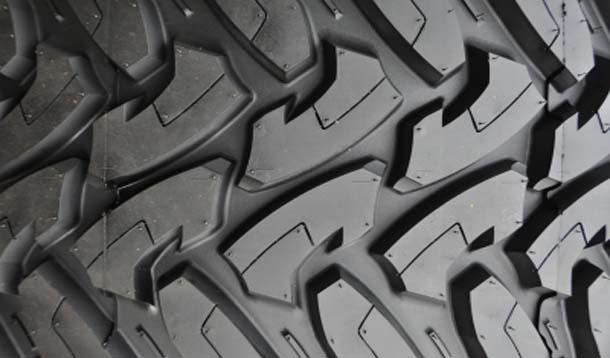 Tired of me writing about tires? Allow me one more post for the year...well, for now.

Sometimes we get surprised clients when we inform them that their tires need replacing due to obvious cracks in the rubber. “But I just bought them!” they say. Did you know that the majority of tires have a date code on them which indicates the week and year they were manufactured? So just because you bought the tires last year, doesn't mean they were made that year. And remember that improper storage of tires causes the rubber to prematurely dry and crack.
Depending on who you purchase your tires from, how they store their inventory and how often it takes for them to sell out and replenish their stock, you may not be getting what you thought you were paying for. And ok, you don't need to buy ones that were made that very month. But we've seen tires that were purchased in 2012 yet the date code says 2010.
While there's no law as to the expiry of tires, I'd personally be weary of anything older than 5 years. How long does a tire last? That depends on your driving habits, mileage, time, tire brand and whether your car is mechanically safe or not.
You may be thinking and shrugging: what's a few cracks here and there. Your car still drives fine, right? That's ok... totally your choice. Your auto technician isn't going to make decisions for you. Just keep this in mind - what happens when you stretch a rubber band beyond its elasticity? It snaps. There's no gradual warning. The same thing will happen to your tire if the rubber is dried out enough.  The cracks are just a symptom of the underlying problem. Now, I'm not one for the scare tactic so understand that I write from experience.  Tire blowouts happen because the rubber is too dry, despite having really thick tread life. Whether the rubber is malleable or not is important because tires expand a bit as you drive (due to increased heat in the wheel area) and they need to be flexible enough to adapt to the changing road conditions.
If you're in the market for used tires (not something I recommend, except for very certain circumstances), it'll be important for you to know how to tell the date code to inspect those 'mint' tires... in addition to checking the tire tread life.
Look for the last 4-digit code after the DOT series. The first two numbers in the 4-digit code indicate the week it was made and the last two numbers indicate the year. So 4705 would mean that the tire was made in the 47th week of 2005. 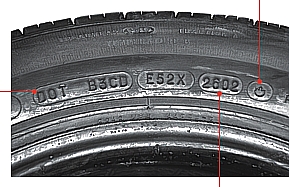