Pick Them Back Up 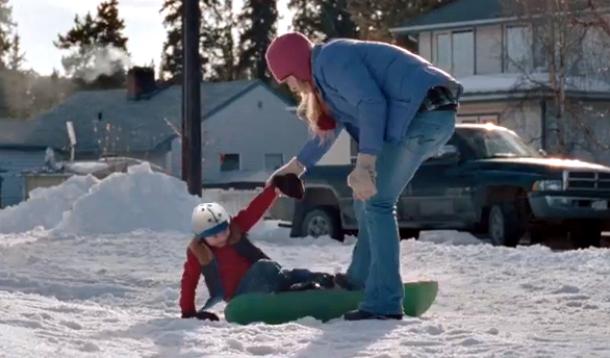 This video recently released by Proctor & Gamble as part of the #ThankYouMom campaign for the 2014 Winter Olympics has done just that for me today.

As the mom of a child who herself hopes to be representing Team Canada one day, I totally get this video in so many ways.

The video is quickly going viral, again proving how the power of the internet is a fast and furious thing. Commercials on TV? Never see them. Yet, I watch commercials on YouTube every day.

With the 2014 Olympics just a few weeks away, and so much attention being focused on the negative aspect of the host country right now, I’m glad to see a video like this that reminds us what the Olympics is all about. Every Olympic athlete was once a small child that couldn’t balance on skates, jump a snowboard, or ski without falling.

Just look at them now.

Now dads, I know what you’re going to say—you take the kids to the rink, you see them fall, you pick them up. Of course you do! And so do grandparents, sisters, brothers, foster parents, and adoptive parents. I honestly don’t feel that this video undermines the importance of dad and his role in a child’s life. The video is speaking to the moms, pure and simple.

And this mom thinks it’s awesome.

Kmart Wants You To Ship Your Pants