Books You'll Love As Much As Your Kids 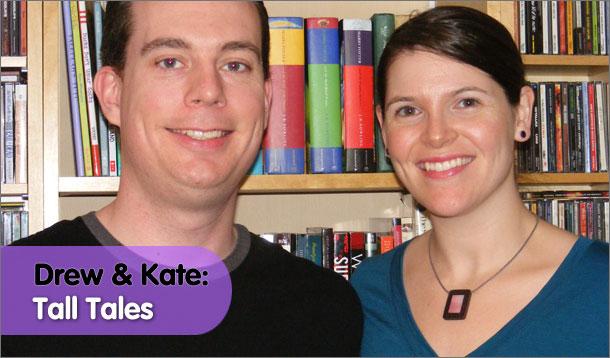 For this entry in our "Spotlight On" series, we are focusing on the very talented artist and author Jon J. Muth.

Here are a few of our favourites that he both wrote and illustrated:

Our first exposure to Muth and his work was 2005's "Zen Shorts" which tells the story of three children who live next door to a Zen-practicing panda named Stillwater. Through the course of the book, Stillwater tells each child a Zen tale. In effect, "Zen Shorts" is three short stories within a longer one. Each Zen tale has an idea or lesson to think about and meditate on. Once you have fallen in love with this story be sure to check out the other installments of the Zen series "Zen Ties" and "Zen Ghosts".

In "The Three Questions", young Nikolai wants to be a good person, but doesn't know how to go about it. He searches for the answer to three questions, "when is the best time to do things?", "who is the most important one?", and "what is the right thing to do?" in order to find some guidance. Although his animal friends try to help, they are not able to answer his questions to his satisfaction so he travels to see the wise old turtle. Through this journey, he finds he has the ability to find the answers himself. This adaptation of a tale by Leo Tolstoy is as beautiful as it is profound.

"Stone Soup" tells the story of three traveling monks who arrive in a small village. Due to tough times, the villagers are unfriendly with each other and suspicious of outsiders. After being turned away for shelter by every household they approach, the monks decide to make a stone soup for themselves in the middle of town. The villagers watch the monks with great interest and eventually curiosity gets the better of them and they venture out of their houses to find out how you can make soup from stones. The monks gladly talk about the soup with the villagers and suggest other ingredients that would make the soup better. As each villager pitches in and donates a different ingredient, everyone learns that working together and sharing makes things better.

When you are looking at exceptional children's picture book artists, Jon J. Muth is at the top. Each page of his watercolour art is a masterpiece on its own. His writing is also exceptional and usually involves a morality tale or teaching which is why we keep going back to his books. As with all great children's books, the best part is that they are a great read for adults as well. Drew personally learned a lot about himself from Zen Shorts and tries to remind himself on a daily basis about the tale of the two monks who carry the wealthy woman. If all adults were required to read Stone Soup, our world would be a far better place.

In addition to these great books, check out these other books we love that Muth illustrated for other authors: "City Dog, Country Frog" written by Mo Willems, "Come on, Rain" written by Karen Hesse, "The Old Turtle and the Broken Truth" written by Douglas Wood, "The Christmas Magic" written by Lauren Thompson, and "Gershon's Monster" written by Eric Kimmel.