Best Novels For Kids And Teens 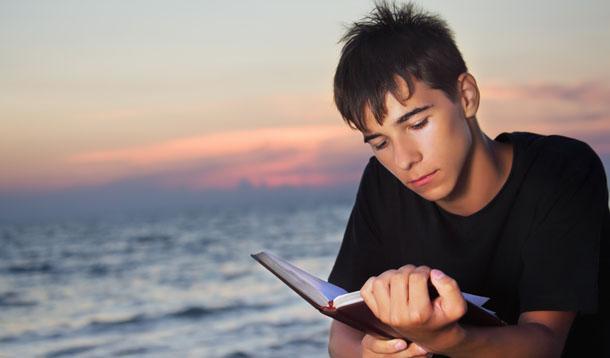 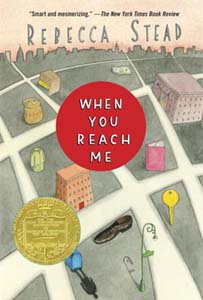 "When You Reach Me" by Rebecca Stead (Random House, 2009)
Highly acclaimed and multiple award winning "When You Reach Me" (including the 2010 Newbery Medal) is required reading in our opinion. It is a unique, funny, and absolutely captivating story about a young girl named Miranda living in New York in 1979. As she deals with her day to day home life (including preparing her mother for an appearance on The $20,000 Pyramid game show) and her various friendships, she is suddenly involved in a bizarre mystery. Someone keeps leaving her strange notes that seem to predict the future and she must try to unravel the meaning behind them. Perfect for ages eight and up and definitely a book that once you pick it up, you can't put it down. 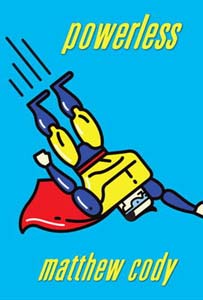 "Powerless" by Matthew Cody (Random House, 2009)
When twelve-year-old Daniel moves to a new town, he is astounded to discover that his new friends, along with every other child in town, possess super powers. Whether it's super strength, super speed, or the power of flight, Daniel enjoys discovering all the incredible things his friends can do. However, there's a dark mystery hanging over the town. When each child turns thirteen, they wake up with no powers and no memory of ever having them. Determined to help his new friends, Daniel undertakes the responsibility to find out what is happening. Part superhero adventure, part mystery, "Powerless" is a non-stop adventure for ages ten and up. 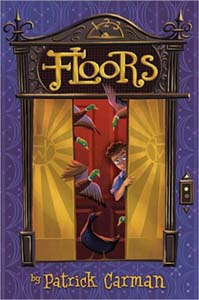 "Floors" by Patrick Carmen (Scholastic, 2011)
We already wrote a post a few months back about "Floors" and we have to mention it again it's so good! Leo and his father are both live-in maintenance workers at the Whippet Hotel. This isn't just any old hotel however but one of the craziest, zaniest hotels in existence! Designed and built by the eccentric inventor Merganzer Whippet, the hotel boasts oddly themed floors, hidden passages, roller-coaster-like elevators, and a resident family of ducks. When Merganzer Whippet disappears, Leo is sent a strange puzzle box and a quest which must be completed in only four days. Along with his new friend (the hotel bellhop Remi), adventure, riddles, and hijinks await Leo as he endeavours to unlock the mysteries of the Whippet Hotel. Full of humour, great characters, and a quickly paced narrative, "Floors" is a near to perfect novel. Aimed at ages nine and up, however it is so squeaky-clean and entertaining that you could read it to children (and adults) of any age.

The "Theodosia Throckmorton" series by R. L. LaFevers (Houghton Mifflin Harcourt, 2007 to 2011)
The "Theodosia" series is our go-to series for ages nine and up. Usually when we recommend the first book, "Theodosia and the Serpents of Chaos", the customer returns and picks up the other three books in the series soon after. Almost like Indiana Jones adventures, but with a young girl, the series follows young Theodosia as she deals with various magical and cursed artifacts from Egypt that her parents have uncovered for the museum that they own in London. Captivating adventure with a lot of humour and a strong protagonist, this is one of the best series on the shelves today. 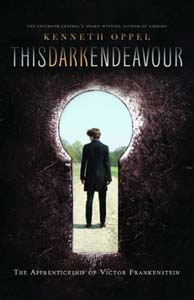 "This Dark Endeavour: The Apprenticeship of Victor Frankenstein" by Kenneth Oppel (Harper Collins, 2011)
What a great concept for a book! "This Dark Endeavour" follows the adventures of a young Victor Frankenstein (who will grow up to be the Dr. Frankenstein) as he begins his journey down the path of dark science and medicine. When his twin brother becomes ill with a rare and deadly disease, Victor begins to search out alternative medicines which leads him and his two friends on various dangerous adventures to find rare ingredients. This is an extremely compelling read with great characters and tightly woven plot, great for ages thirteen and up. When I finished reading it, my thoughts were immediately "I wish I could keep reading about this character as he gets older". Thankfully, Kenneth Oppel is hard at work on the sequel which will be released in Summer 2012. 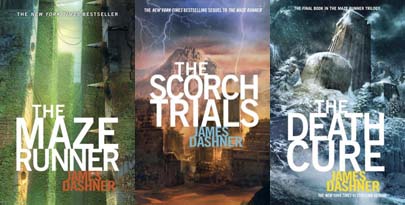 The "Maze Runner" series by James Dashner (Random House, 2009 to 2011)
This is a fascinating series and includes "The Maze Runner", "The Scorch Trials", "The Death Cure" and the recently announced "The Kill Order" (to be released in Summer 2012). It begins by focusing on a group of kids who wake up in a massive maze with no memory of who they are and no knowledge about why they are there. Every day they send "runners" out in to the maze to map it and try to discover the exit. Only there are two problems: the maze changes every night and it's filled with horrific grotesque monsters. Once you've reached the resolution of the first book, the revelations about where the series is about to go makes you immediately want to start reading the second book in the series. Fast paced, thrilling, scary, and intense, this series is perfect for teens who love dystopian fiction and video games.

Stay tuned for our upcoming posts where we will cover some of our favourite Christmas-themed books.