Dr. Trina Read: Beyond the Bedroom 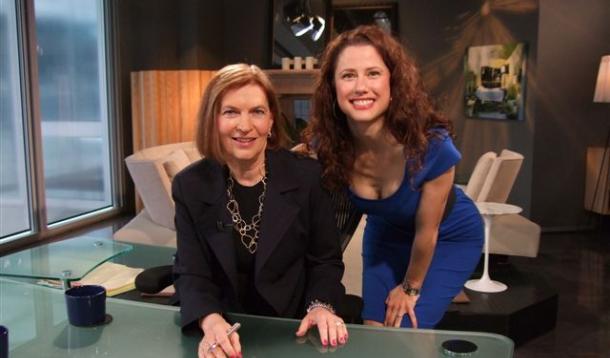 Here’s a good chicken-and-egg question: which came first, society seeing moms as asexual, or moms putting themselves in that asexual role?

According to Hakim, “If women exploited their sex appeal when climbing the corporate ladder, they would be way ahead of men.” She is, of course, stirring the feminist pot and, yet, I believe a lot of what she espouses to be true.

Esther Perel’s wonderful book, Mating in Captivity, talks about how North American men, generally, see pregnant women and mommies as asexual. It was only men from non-Anglo Saxon roots that would flirt with moms.

I thought it an interesting observation, that is, until I became pregnant with my first child. With the first bloom of baby-bump, men shifted their focus to seeing me as a “Madonna.” Then, once I sported said baby on my hip, I officially became asexual.

But the full effects of becoming asexual didn’t hit home until six months after giving birth. On a media tour (and childless), I was rushing through an airport wearing a fabulous clingy dress with smashing stiletto heels. (See me in the above photo with Fanny Keifer from Studio 4.) I was so preoccupied with not falling over as I teetered along—it had been at least a year since I wore high heels—that I almost didn’t notice men looking at me. At first, I thought it a lucky one-off. But no. One fellow even stopped mid-tracks and nudged his friend.

For just a moment, things went into slow motion and became surreal. I had gotten so used to being invisible to the opposite sex. Not that men didn’t find me attractive. It was more like I had a big imaginary mommy-off-limits “X” crossed out in front of me.

At first, I chastised myself for being so shallow and needing other people’s validation. But after a bit of navel gazing, I discovered it was much more than that. Somewhere, somehow, I allowed myself to be okay with being invisible; maybe even encouraged it by buying into the “well, I’m a mommy now, so I come second” mentality.

You see, ninety-five percent of the time, I’m in full-on mommy mode, which can only be described kindly as "frumpy." This, even when I’m making an effort to look nice for when I drop my child off at playschool.

I’ve been to airports with my kids in tow, and I’ve not garnered even a second glance. It’s my kids who get all of the attention.

Which makes me wonder: Is it simply the change in confidence, or the lack of kids that makes the difference?

It was then that I understood why so many moms no longer feel attractive/sexy/sexual. Even if they are. It is, in part, the acceptance of being invisible to the opposite sex when they are in full-on mommy mode.

I don’t have that answer. Just stirring the pot to see what comes of it.

Other Dr. Trina Blogs
Why You Need to Read "Fifty Shades of Grey"
Sexin' Up a Dull Routine
Do Aphrodisiacs Really Work?

Dr. Trina Read: Beyond the Bedroom Praise His Penis

Dr. Trina Read: Beyond the Bedroom Do Aphrodisiacs Really Work?