Is a circle of friends more important than a network of relatives? 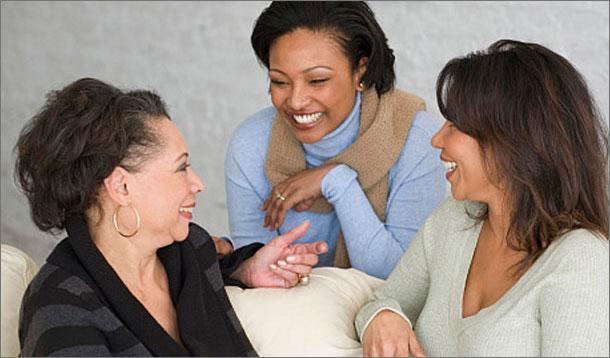 I don’t know about you, but it always takes me several attempts, and multiple back-and-forth text messages, to finalize a date with girlfriends. It’s difficult, isn’t it? We’re all busy; we all have competing demands. But I always find, in the end, it was absolutely worth the effort.

And science backs this up. Many studies have shown the health benefits of strong social relationships. In particular, A recent study showed that people in their 40s with a wide circle of friends have a greater sense of well-being than those without close friendships.

They found the more frequently people meet up with their friends, the greater the benefit. And numbers appear to count, here: a wider circle of friends translated to better reported well-being in this study.

(As a side note, the researchers behind this study called these ages "mid-life" which I, for one, staunchly refuse to do. Having recently turned 40 myself I will probably never consider myself middle-aged. Never. I know, I can do the math. But I think I’ve decided that middle age will always remain the future, no matter how old I am.)

Now, I must say, I'm not hugely surprised at the finding that friendships are beneficial to health and happiness. It’s one of our key happiness behaviours (see why gratitude boosts happiness, and why kindness improves your health).

However, one interesting outcome of this study was that, for women, it wasn't as beneficial to have a wide network of family members as it was to have friends. For men, in contrast, it was a good thing to have plenty of close relatives around, in addition to friends.

One theory? In a family network, women traditionally play an obligatory caregiving and nurturing role. Which is, let's face it, not as restful as it could be. Being the caregiver can be satisfying, but it’s hard damn work. In contrast, friends tend to be more supportive of a woman's own choices. And won't depend on her, say, to make them a sandwich.

Still, there’s little doubt about the health benefits of friendships and social connections. For further proof, we can look to three of the communities with the longest-living people in the world: Sardinia, Italy; Okinawa, Japan; and Loma Linda, California. In 2005 National Geographic identified five things they each have in common. At the top of the list: “Put family first” and “Keep socially engaged.” (The other three, incidentally: don’t smoke, stay physically active, and eat a plant-based diet.)

Of course it's difficult, in our busy lives, to squeeze in time for friends. But the extra effort is always worth it. And now you’ve got validation that nurturing your friendships is an investment in your mental health.

Should you ever hit that.