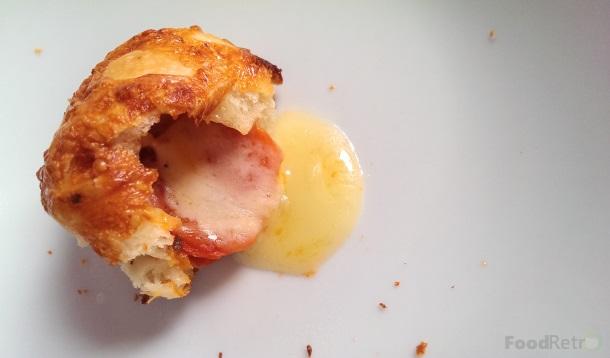 Winter is coming! And besides the next season of Game of Thrones, that means you need football and hockey-watching eats, after school snacks, busy weeknight meals, and munchies for watching movies through the cold winter season. These super-fast and easy baked pizza pockets will cover all your bases.

In the section where the grocery store sells pre-made and iced cakes, you can usually find refrigerated pre-prepared pizza dough for a screamin' deal. Having the dough pre-risen makes everything else about this a walk in the park. In a scant 10 minutes, you can have these babies stuffed and in the oven! 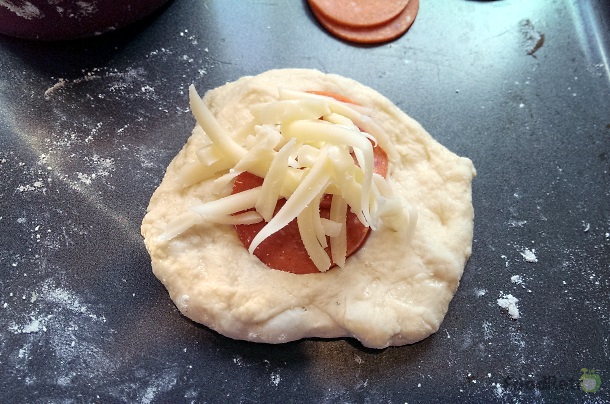 Sure, you could order a pizza, but variety is the spice of life, and when you're catering to a crowd, ordering "plain ol' pepperoni and a deluxe" isn't nearly as interesting as it could be. So instead of paying out, or making yourself crazy topping a homemade pizza six ways, you can stuff these pizza pockets ones as you please. Divvy them up after baking and freeze in pairs for microwaveable hot-pocket snacks for the kids after school. 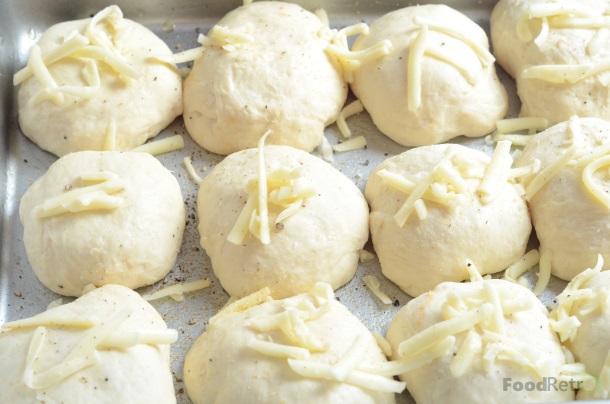 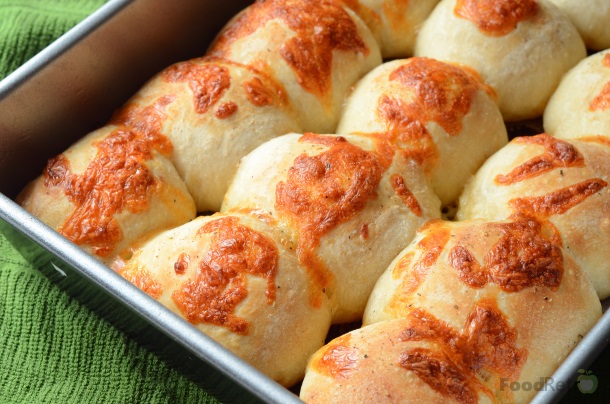 With a sharp knife, slice the dough in 16 pieces and let sit on the counter. This gives it a chance to warm up a bit.

Set out your pizza sauce and toppings on a cookie sheet for easy cleanup and dough management. Heavily grease a 9x13 bake pan with olive oil. Begin preheating the oven to 425F.

Lightly dust your hands with flour... just enough to keep dough from sticking to your fingers, but leaving the dough sticky enough to adhere to itself easily. Flatten each piece of dough into a rough circle with a divot in the middle. Add a dollop (about 1 tbsp) of sauce to the divot, top with toppings and about 1 tbsp of cheese (or 1 cube), and pull ends of the dough up and over to the middle, sealing it well. Do not worry if they're not perfectly circular. Put each pizza pocket seam-side down in the 9x13 pan.

When finished filling pizza pockets, top with olive oil and any seasonings like cheese, garlic salt, pepper, or herbs.

Who knew there was a "bake" in bacon? 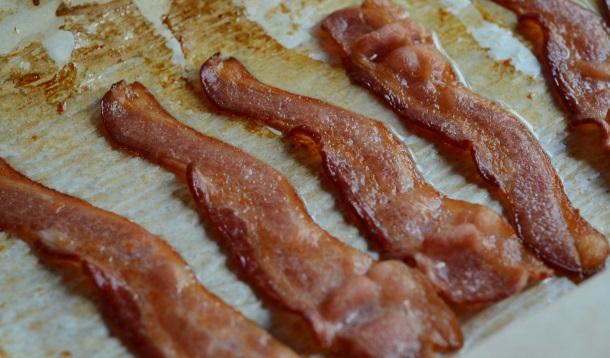 Our bacon, that art delicious, hallowed be thy name. Thy crispy crumbs when fried till done makes the kitchen smell like heaven. It's just too bad that it's such a PITA to make, right? That to have a love affair with bacon, you have to be a bit of a masochist, willing to endure the pain of its delicious kisses. That there is no way to cook bacon painlessly and perfectly - every time.

Oh wait, there is!

If you're like me, you learned to cook bacon the old school way. You spent probably half an hour hunched over the stove, frying wrinkly pieces of bacon, grease splattering everywhere, trying to avoid the random pops that hit your hands (or even worse, your face. Talk about owwww). Now think about restaurants, establishments that probably go through 100x the bacon you do on an average Sunday brunch. Do you think they've got some shmoe working the frying pan? Naw, man. Naw.

You use the oven. Heck yes, you can put it in and ignore it until it's done.

E-Z mode. Never turn the suckers. Never be hit with a bacon kiss again. Never have burnt bacon because you're busy trying to make other parts of breakfast and you took your eyeballs off it for one minute too long.

Now that may not be news to you. You may have seen other people suggest using the foil or racks. That's messy. And you cook on foil. And I'm not a big proponent of cooking on foil, even though I admit I do it a few times a year, come BBQ season. You should try avoid it whenever possible. Instead, use parchment paper.

Parchment is not the same as wax paper. It's paper coated with silicon, considered to be a safer alternative to non-stick bakeware (and can considerably increase the lifespan of your bakeware too, along with not washing it). Good parchment paper is oven proof up to 400F, after which point it may begin to brown at the edges and your smoke detector may sing the song of its people. Costco carries it in ginormous rolls that will take you years to use up. It's a pretty decent investment, especially come Christmas time.

So here's what you need to cook bacon painlessly and perfectly in the oven:

1 package of bacon (duh)
2 cookie sheets with lip edges, not the flat kind
2 pieces of parchment paper the size of your sheets
1 oven, preheated to 400F.

Line your bacon up without overlapping on the two cookie sheets. Pop them in the oven. Set your timer for 15 minutes.*

* Bacon takes 15-18 minutes to cook, depending on how done you like it and your oven. The first time you make it, keep eyes on it after 15 minutes until it reaches the doneness you like. Note the time, and you'll be able to set your timer to the exact time next time.

Using tongs, transfer the bacon to a plate with a paper towel and pat off the extra grease.

Eat all the bacon. Boy, that was easy.

Bacon will become so easy to make, you'll have no qualms about baking up a load of bacon. Freeze it cooked, and keep yourself in BLTs and Club Sandwiches all school year long. The great part about parchment paper too is that it's grease proof. Let the pans and the grease cool, fold up the parchment, and throw away. Your pans will be clean, and cleanup is a snap!

Anne Radcliffe: Dinner - It's Not Rocket Science Epic Eggnog by the Cup