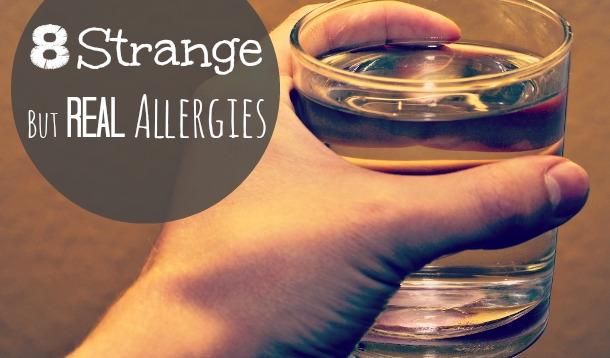 When we think about allergies, there are a few common ones that come to mind. Peanuts being a serious one, allergy to dogs or cats, seasonal allergies like hayfever and many intolerances. It's not usually until the potential allergy starts to affect you that you really pay attention to the amount of things someone could be allergic to.

There are some allergens that you may think no one could be allergic to, but they're real and potentially quite serious.

The most common form of sun allergy is called polymorphic light eruption or sun poisoning. The symptoms can be mild or severe and symptoms may include blisters or hives, itching and redness. To read more about sun allergy, visit MayoClinic

Known as cold urticaria, this allergy results in hives and a burning sensation that is brought on by cold temperatures or even cold food. Cold allergy can cause serious life threatening reactions such as anaphylaxis. To read more about cold allergy, visit Wikipedia

Also called Aquagenic urticaria, this allergy to water is rarely diagnosed and is not a true histamine-releasing allergic reaction, but results in painful skin reactions when water is present. Shortness of breath and throat closing can be a result of drinking water and even a person's own sweat can cause an adverse reaction. To read the story of a woman with water allergy, visit Mail Online

Semen allergy is rare, but also often misdiagnosed when someone visits the doctor trying to find out why you experience itching and burning after intercourse. The body is reacting to a particular protein in the semen and can be alleviated by using a condom. To read more about semen allergy, visit Psychology Today

Oral allergy syndrome is an allergic reaction to certain proteins in fruits, vegetables and nuts—when eaten raw. Symptoms include sneezing, itchy eyes, and a runny nose, but more severe reactions such as anaphylactic shock have been reported. To read more about raw food allergy, visit Canadian Food Inspection Agency

While not an allergy to the money itself, but an allergy to the material money is made from like printing ink or nickel contact. Symptoms can range from hives on the hands and sneezing have been reported. To read more about money allergy, visit About

Sounds bizarre, but it's true—you can be allergic to exercise and can be as serious as causing anaphylactic shock. The person may experience dizziness, skin covered in hives and mucus which shuts down the throat. Exercise-induced anaphylaxis (EIA) is rare, but can be quite scary for someone who is experience it for the first time. To read more about exercised-induced anaphylaxis, visit Runner's World

Known as dermographism which is an allergy that is brought up thorough touch. The skin becomes irritated, raised, and red when it's slapped, stroked, touched, or scratched. It's also been called "skin writing" since you can write on your arm using your finger and the letters you traced will become bright red and raised. The pictures are interesting, but doesn't sound too pleasant. To read more about dermographism, visit Wikipedia

Do you know anyone who has an allergy to any of these unusual allergens?

7 Things You Need To Stop Saying 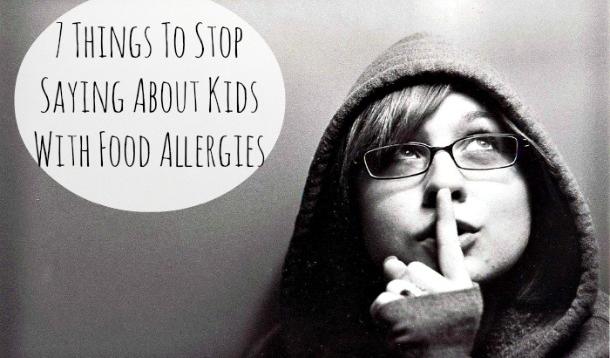 Before I had children, the world of food allergies was far from my mind. I had heard about people who got sick from being near peanut butter, and really didn't give much thought to it. For school, I was allowed to pack whatever I wanted—there was no peanut or nut ban, and I never understood why people made such a big deal about it.

When my kids started school and their diet changed to remove their own food-offending items, learning that their school was totally peanut- and nut-free was not difficult for me to understand. While my children don't have issues with peanuts or nuts, gluten is a real concern—but not immediately life-threatening, like peanut allergies often are.

It is easy to look past something when it is not something that you need to worry about. If your children don't have allergies, understanding the need for such a widespread food ban may be hard to understand, but certainly not difficult. The following are common phrases that I hear parents say when they're faced with food allergies, which may not personally affect them:

1) "They should just sit at their own table."

A few years ago, and for many schools still, children with peanut or other food allergies were forced to sit at their own table, apart from the possible offending foods. It was the way it was done. Today, many more schools are placing a school-wide ban on certain food items, like peanuts, which are not allowed in the school or anyone's lunch. While I can see how this may be a struggle for a family who has never had to concern themselves with reading through ingredients, the idea of segregation is not the answer. The separate table puts a target on the children with allergies, pulls them away from their friend circle, and many kids find it embarrassing.

There are many people who can't seem to look past their own situation. Would you want to send your child to school knowing that they could die from the smallest amount of a certain food product? I am going to go out on a limb and say—not likely. While these bans may be a slight inconvenience when you have to slap a piece of cheese into a sandwich instead of peanut butter, it is certainly not a big deal in comparison to those kids who could be seriously injured or die.

It can be hard to understand that a small bread crumb or smelling peanut butter can be as threatening as a loaded gun for some children, but it's true. Most parents aren't trying to overplay the serious situation, and children for certain are not playing it up to be larger than it is. Just because you may not understand it, does not make it untrue.

I've heard this from doctors and other adults when I talk about the dietary restrictions my children are on. It's not about being strict for the sake of making up my own rules, but when it comes to food allergies and my kids' safety, you better believe that I am going to follow the necessary precautions and be that strict with others doing the same. It's far more than any control issue, though.

I worry about my daughter not being invited out to places when she grows up, because of her dietary restrictions. So far this hasn't been an issue, but there are people who are under the impression that it's easier to not invite someone than to modify what they're doing or serving.

You know, it can happen and it has for some kids, but this is not always the case. There are people who believe that allergies are developed because of over-strict parents who don't "expose" their children to certain foods. It's not likely the case, and while some kids could outgrow the allergy, it certainly doesn't make it any less serious now.

7) "They will need to live in the real world someday."

This one drives me the most crazy, and I hear it often when it comes to food allergies. Parents don't or can't understand the serious reason many schools are placing a nut-ban on the entire school. People compare it to sheltering kids and making things easier for the families with allergies, while making things harder for the families who are allergy-free. But it's not about sheltering, it's about keeping kids safe. Kids don't know everything they need to know to keep themselves safe—they learn it at the pace they learn everything else. It's about safety, not sheltering, and they will grow to "live in the real world," but first they need the safety to be able to learn what they need to know.

Spill it! Is there something you wish people would stop saying when it comes to food allergies and kids?

tips, tricks, and recipes for living an unrestricted life 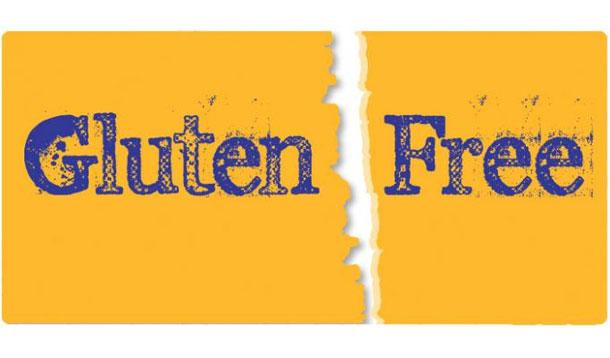 Hello, Friends! I am thrilled to be a new blogger for YummyMummyClub, where I will be sharing tips and anecdotes about living life with restrictions —allergies, intolerances, autoimmune disease. If I am a new face to you, let me tell you a few things about myself:

I have three kids who are known online as Speed. He is 7 years old. Raru is 6 years old and my youngest girl Bean is 4 years old. I have been married to my high school sweetheart for 8 years and we're currently trying to make baby #4.

I believe there are safe alternatives to most any recipe that don't taste like you're making a big compromise. I don't believe in complicated recipes that take hours to make and don't like the term “kid-friendly” meals, so recipes I share will be ingredients you can find in your local store and respectful for the limited amount of time we have to prepare a meal.

I plan to share interesting new studies, tips, and tricks for anyone new to the (un) restricted lifestyle and hope to have some information even the veterans will find valuable. I think humour is important and a great learning tool when it comes to teaching my kids what they need to know to be safe without overwhelming them or making them fearful. I know there are a lot of you out there who I can learn from as well and I look forward to your tips, feedback and, of course, welcome any questions.