My Public Service Announcement: Look Up 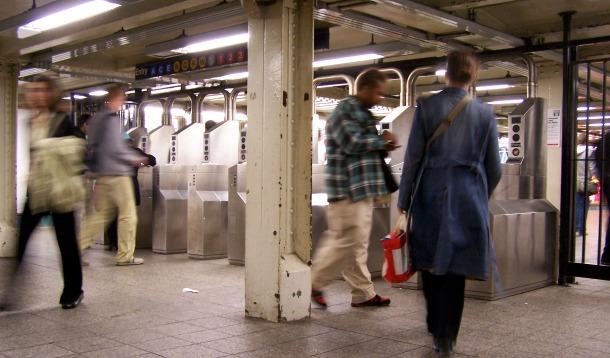 As an urban dweller, I can solidly declare that my BRF (Bitchy Resting Face) is epic. The key is not making eye contact, and fixing your lips into a cranky-Gucci-scowl. Like this: 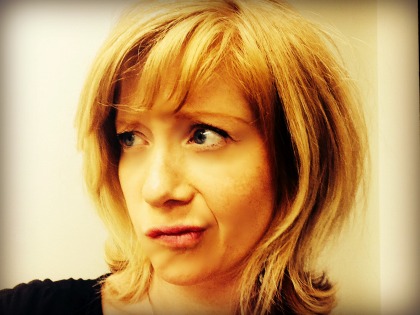 I wouldn't talk to me. I'm guessing you wouldn't either.

Here's where my urban shield against solicitation, chit-chat, crazies, and crabbies fails—I'm not able to be a human being out in the world. I realized this problem recently, as a pregnant woman on the receiving end of a chilly city filled with BRF.

Case Study 1: A visibly pregnant woman (that's me) happens upon a young mom with a large stroller trying to solo-carry it up two flights of subway stairs. Literally dozens of people walk by, so pregnant woman grabs the bottom and helps this woman get to the top safely with her baby. Not one person stops to help. To be fair, I'm pretty sure they didn't even look. Urban-defences gone wrong.

Case Study 2: A visibly pregnant woman (again, me) mercifully gets a seat on a crowded subway. Two stops later a woman with a small infant in a carrier and an upset toddler gets on. No one on the subway looks up—scowling into their copies of the free daily newspaper. Pregnant woman rises and gives this woman and her two smalluns a chair. Not claiming to be a hero, just the only person who noticed that she needed a seat more than I did.

Case Study 3: A visibly pregnant woman boards a crowded subway (pattern, yes?). No one looks up. Another young woman (standing) let's out a sigh of exasperation and loudly announces to the subway, "There's a pregnant woman on here and no one is going to offer their seat?!" No one's BRF budges an inch. Papers aren't ruffled. We're alone on a crowded subway, this urban vigilante and me.

In fact, it's the opposite.

The urban creature is often anxious, protective, unsure, and bombarded with thousands of faces throughout their daily commute. The BRF and other urban shields against humanity (newspaper, earbuds, and fake phone conversations) are merely a way to protect one's self.

Do I understand why people do this? Absolutely.

Do I think it's making our cities a good place to be someone who could really use five seated minutes on their transit ride to work (pregnant or otherwise)?

So here's my PSA to anyone living in any city in the world:

You might just find yourself standing in the crowd, and smiling.

New mom? Banish these time wasters from your life. Getting ready to go from bump to baby? Use these handy checklists to pack your hospital bag!

Dawn Rebel Yes, You Absolutely Should Put "Parenting" on Your Resume