Goodbye Martyr Mom: Because Help is Not a Dirty Word 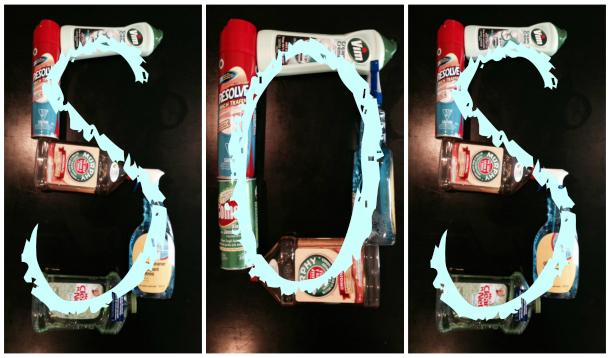 Our family recently had the flu. I don’t mean a few sniffles and snuffles. I mean the rotten “can’t keep down water and would being dead be that bad?” flu that makes the grown ups call their own parents for help.

Housework is impossible when you are running to “drive the porcelain bus” between singing the ABCs and halving grapes.

After 12 hours of this flu, I was starting to leave little bowls of Goldfish crackers on the table for my daughter like I was the zookeeper to a grazing animal. After twenty four hours, I had abandoned all monitoring of screen time. Elmo played on a loop.

I was defeated. Exhausted.

Then, there was the house. The first system to break down was the laundry. Piles of towels, bed sheets, and pajamas started to build a mini Everest. Goldfish cracker dust created a fake snow effect across the main floor.

I was ashamed by the state of my house. Overwhelmed. And now fighting a second virus, thanks to my inability to slow down long enough to get over the first one.

So, I soldiered on. To be more accurate, I stumbled on. It had been three weeks since the first virus rocked our house, and all my schedules were haywire. There wasn’t a clean sock in the place.

Mothers often don’t ask for help. This isn’t a deficiency on their part, but a survival mechanism. If mothers asked for help each and every time they were out of their depth they would spend their whole lives waving the white flag. They soldier on through flus, colds, tragedies, and sleep training — usually just keeping their heads above water, and sometimes fully submerged. It’s a twisted badge of honour to be a Martyr Mother.

My husband had seen this movie before. Eighteen months ago, when I had my daughter, I had a brush with some terrifying post-partum depression. Refusing to acknowledge that I needed help was more than my Achilles Heel; it was an accelerant to the ugly emotions I was battling.  I remember him saying “Dawn, I’m calling your doctor to make an appointment for you. I’m hiring someone to clean the house. This isn’t a negotiation. Help isn’t a dirty word.”

I’m not for one moment giving equal weight to my double-whammy flu season and post-partum depression. I am saying that even in the most serious of situations, mothers can forget that they don’t need to carry the weight of the world on their shoulders.

Once again, I did need some help to get things back on track at home. I started by:

o   Breathing and accepting that help would help.

o   Not letting the perfect be the enemy of the good.

We all have our “I WON’T let this fall apart” jobs. For me, that’s laundry. That machine hasn’t stopped running yet.

For me, help meant:

o   Asking my husband to help with some of “my” tasks.

Division of labour is often a matter of habit, with each partner taking charge of specific jobs. I passed the baton to my husband on the jobs that just had to get done.

o   Hiring someone to deep clean the house.

o   Asking family to watch our daughter while I got life back on track.

If I was to say that “everything is back on track and I’m on top of the world!” I would be lying to you. Things are not yet running smoothly at our house. However, things are so much closer to normal than they were a week ago. Life is so much better than if I hadn’t asked for some help.

The Martyr Mom badge is a highly valued one in mommy culture. There is no denying that being a mother is not for wimps. However, we are doing ourselves — and all mothers — a disservice when we perpetuate the Martyr Mom as an ideal for which to strive. We all need help at different times and with different tasks.

A Martyr Mom isn’t a hero; she’s just someone who hasn’t yet asked for help.

Keep reading to remind yourself that you don’t have time for perfect at home, or get your partner on board with this shared to-do list.

Dawn Rebel Yes, You Absolutely Should Put "Parenting" on Your Resume