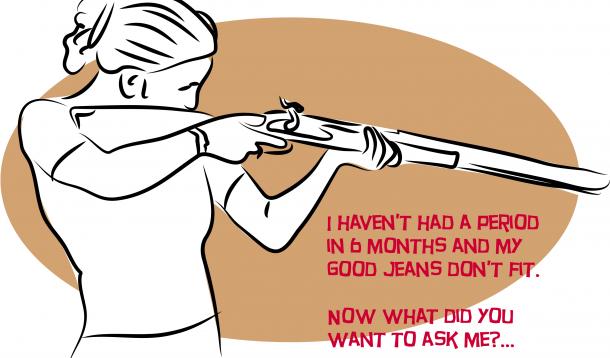 Tell The Hershey's To Take a Hike 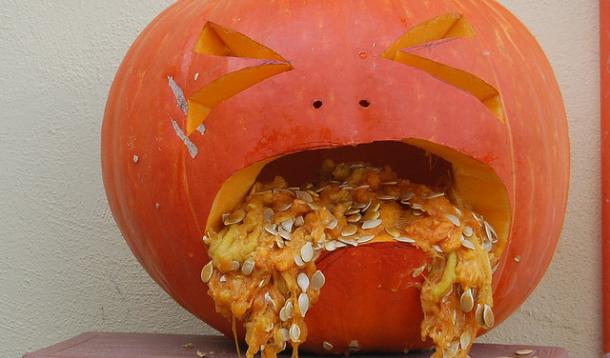 So you went a little overboard with the miniature peanut butter cups?

You might be tempted to starve yourself for the next week to make up for your indiscretions over the Hallowe’en weekend, but how about trying an approach that actually works? Starving yourself is NEVER a good idea. Starve yourself and you will:

•    Experience headaches, fatigue and lethargy that feels even worse than that wine-and-Hershey’s hangover you woke up with on November 1
•    Tell your body to actually lower your metabolism and store fat instead of burning at its natural rate

Well, first, step away from the candy. If you’ve gone overboard, don’t make the opposite mistake of simply throwing in the towel and declaring the next week a giant binge free-for-all. Give the candy away to coworkers or—GASP—throw it in the garbage. Put the kids’ candy in a hiding place, out of sight (yours and theirs), and in a container that is covered and not transparent. Sounds silly? Study after study has shown that our ability to resist sugary snacks is greatly enhanced when the treats are: (a) not plainly visible and (b) out of our immediate reach.

Next, plan your meals for the next few days. Don’t get caught with the fridge door wide open, a growly tummy and—DING!—the realization that your kids’ Hallowe’en stash is packed up just a few short feet away. Plan to be hungry, plan what you will eat and plan to not eat thirteen tiny Mars bars. Write your meal plan down and stick to it.  Sugar is a powerful substance and avoiding it requires willpower for most people. We are biologically programmed to seek it out. Plan for treats in your meal plan—other things you enjoy, like a popsicle or some yummy, full-fat yoghurt. Do not plan to eat the candy. One popsicle does not often lead to eight popsicles. One little chocolate bar plucked from a pile of hundreds is like opening Pandora’s Box. You already proved that this weekend.

Last, get your ass into the gym. Nothing makes a Caramilk look like a worse idea than sweating for an hour in the gym.  Think of it this way: why spend an hour (and countless calories) chiseling that gorgeous physique

you’re working on just to head home and put all that fat back on your body in the form of sugar, modified milk ingredients and soya lecithin (also a good deterrent?  Read the ingredients/nutrition labels on those little monsters.... might make you think twice...). Can’t get to the gym? Squeeze in this quick 10-minute workout at home and sweat out some soya lecithin while you build your willpower.

Then tell that candy where to go, sister.