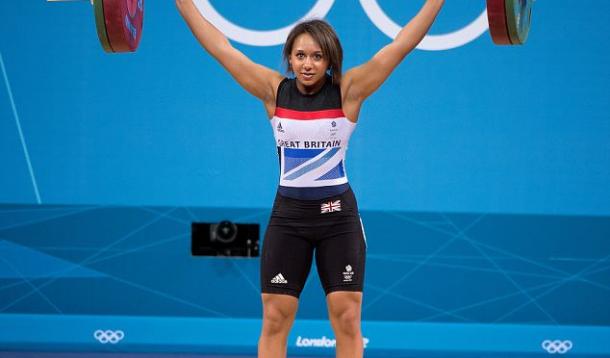 Does this woman look attractive to you?

Who gives a shit? She's holding twice her body weight over her head and barely breaking a sweat. Can you do that? Can your husband? Can that jerk down the street who rubbernecks every time you wear a skirt do that?

Earlier this year, BBC aired a documentary entitled "Girl Power: Going For Gold," profiling 18-year old Zoe "Pablo" Smith and her colleagues on their road to the 2012 Olympics. You know, lifting heavy stuff, traveling, horsing around like teenagers. Sometimes they had no make up on. Sometimes the lighting was probably not great. Sometimes they might have appeared a little heavier than they would at their competition weights.

Who gives a shit?

Apparently, after the BBC documentary, in addition to tons of support and praise, some of the less modern and more porcine Twitterverse criticized and berated the girls for appearing - basically - unfeminine. During likely the most important time in this young woman's life, some men (and, shockingly, a few women) apparently thought what mattered was how attractive THEY found her to be - or not be - in the documentary profiling her success. And successful she was. No medal but on Monday Smith busted the British clean-and-jerk record and lifted 121 kg (she only weighs 58 kg). After the event, she spoke out against her critics: 'I gave it to them on the platform. It's two fingers up to them, basically. What are you doing with your life? I've just competed at the Olympics! Have some of that, trolls!'

I know our YMC readers don't need me to explain JUST HOW RIDICULOUS THIS IS.

But I thought I would share an excerpt from Zoe Smith's personal blog, addressing the criticism—I think she says this in defense of female athletes, bodybuilders, weightlifters, manual labourers, personal trainers and anyone who ever had a man comment on her "masculine" or "plain" or "manly" appearance.

"The obvious choice of slander when talking about female weightlifting is “how unfeminine, girls shouldn’t be

strong or have muscles, this is wrong.” And maybe they’re right… in the Victorian era....This may sound like a sweeping generalisation, but most of the people that do think like this seem to be chauvinistic, pigheaded blokes who feel emasculated by the fact that we, three small, fairly feminine girls, are stronger than them. Simple as that...

...we don’t lift weights in order to look hot, especially for the likes of men like that. What makes them think that we even WANT them to find us attractive? If you do, thanks very much, we’re flattered. But if you don’t, why do you really need to voice this opinion in the first place, and what makes you think we actually give a toss that you, personally, do not find us attractive? What do you want us to do? Shall we stop weightlifting, amend our diet in order to completely get rid of our ‘manly’ muscles, and become housewives in the sheer hope that one day you will look more favourably upon us and we might actually have a shot with you?!...

We, as any women with an ounce of self-confidence would, prefer our men to be confident enough in themselves to not feel emasculated by the fact that we aren’t weak and feeble."

By the way, no one ever feels the need to comment on the appearance of the male athletes... 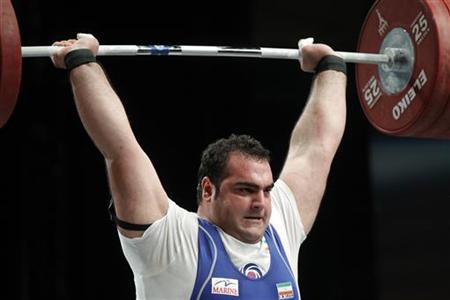 And while we're on the topic, I know it's "beach" volleyball but what is up with the bikinis? How much tape is required to keep those in place and avoid the "hungry butt" as my client, S, calls the usual bikini wedgie? I cannot be the only person who finds those beach volleyball uniforms just a little on the silly side.

When will female athletes be taken more seriously?

When will females in general stop being evaluated first on their outward appearance?