5 Ways You Can Survive (and Thrive!) in Household Chaos

The Most Important Virtues Of Housekeeping 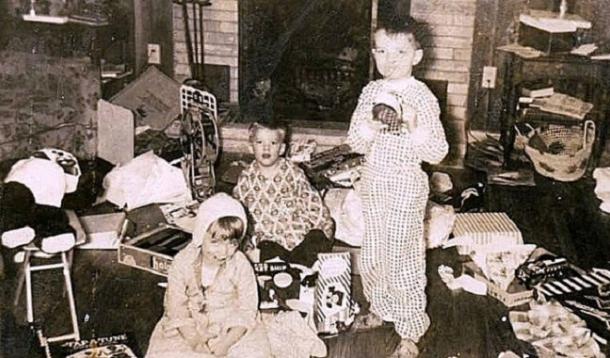 I am, I freely admit, a disastrous housekeeper. My house is in shambles, a mess, a bottomless pit of stray socks, random cups, and at least one bowl of what looks to contain the remnants of heavily peppered mushroom soup in the laundry room.

In fact, my house is such a disaster, I sincerely fear play dates. Not because I know that nicely turned out parents in their tidy vehicles will arrive to pick up their darlings and be shocked at the overflowing laundry bins, unmade beds, and a dangerously high proportion of Lego underfoot, but because I won't be able to locate their precious, but oh-so-easily misplaced progeny.

Tips To Shift From Surviving To Thriving As A Parent

Now, don't get me wrong, we aren't depraved. We don't share our home with cockroaches, mice, or assorted vermin (that we can see), and we're certainly not candidates for Hoarders (God forbid!), but we're so deeply mired in stuff, you have to wade through the hip-deep detritus to find the couch.

I'm not proud of this. I'm really not. In fact, my beloved Grandfather, who used to get on his hands and knees every afternoon to comb out the tassels on the throw rug in his front room, is probably preparing to completely disown me (while he tidies his grave!). And I can't really blame him.

I'm not all bad, though! Sometimes I get so claustrophobic I go on a rampage filling plastic bin bags with any and all toys, clothes, shoes, bedding, and assorted small appliances within reach and hoof it off to the Sally Ann—but I'm sufficiently unmotivated to make a permanent change (I blame the kids—motivation-takers!).

So I've come up with a plan. I've decided, rather than fight the inevitable, I'm going to find and extol the virtues of living in a mess. It's my new mission, maybe even my new religion. I will convert at least three people a decade. It'll be a small congregation, but a lazy one. We'll call ourselves Our Lady of Perpetual Mess. And we'll even have hymns, like, Go Throw it Off the Mountain and Amazing Glaze (on the Bathroom Counter). Of course, our new religion will have founding principles—the backbone of the new faith, and they will be The Five Virtues:

1. Moderation: Avoid extremes of housekeeping, and forebear resenting any injury caused by tripping over your husband's shoes so much as you think they deserve.

2. Tranquility: Be not disturbed at trifles, like a strawberry stuck to the kitchen floor for a week, or at accidents common or unavoidable from stepping and sliding on said strawberry.

3. Order: Let all your things have their own right and unique place, and when they are no longer to be found in that place, let the places they now lie be their new place.

4. Resolution: Resolve to perform the tasks you ought (like dishes and laundry), when you're not too tired or too busy blogging. Perform this resolution without fail when your in-laws are coming for the weekend.

5. Cleanliness: Tolerate no uncleanness in any member of the families in body, clothes, or wine glasses, but in habitation, give yourself ample leeway.

It's freeing to aim for the middle. No more battles. No more weeping. No more renting of clothes. No more shouting down the hall to get kids to pick up their shoes, backpacks, socks, cups, underwear, or ponytail holders. No more threatening life and limb when I find eleven cloth napkins and a fork smeared with peanut butter in a 12-year-old's desk drawer. And no frantically Googling divorce lawyers after discovering toenail clippings on the kitchen table...again!

Five Tips To Make Your Bed In A Flash

And when my time is up and Our Lady descends to finally bring me to that tidy, quiet, peaceful place in the sky, I'll know I did my job. I'll know that my family is safe from pestilence and disease, because my conversion has enabled them to be exposed to every known bacteria on the planet. That, and the fact that they'll probably find enough money (and popcorn kernels and Barbie shoes and crayons and damp underwear) under the cushions on the couch to hire a housekeeper.

If you're feeling like you want to live with less, these are the 5 questions to ask yourself before you purge.

From your home to your car—here's how to organize your minivan so it's functional and stylish!