Why Fear-Mongering Is Masked As Consumer Safety 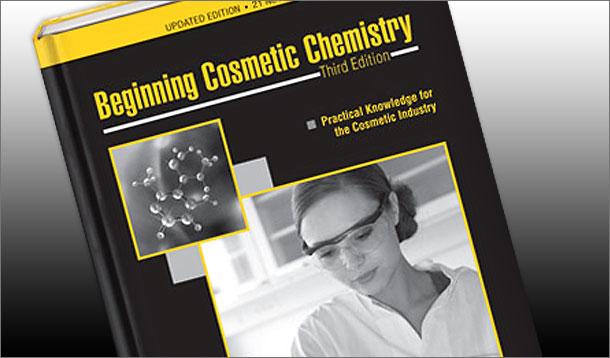 Let me start with these statements:

All that said, there has been—for some years—a hysteria surrounding the compounds used in personal care products that is reaching a critical level. Most of this misinformation has been reported as fact, when it is not. And even this week, a blog that I posted about how junk science is being passed as fact caused a great deal of discussion.

There are two extremes I oppose in the cosmetics industry, and they are at opposite ends of the industry spectrum. I am opposed to over-hyped, over-priced products that cannot deliver on the claims that they make. I am equally opposed to the so-called consumer advocates that use half truths, junk science, and sensationalism to scare the buying public.

To really put the latter in perspective, I decided to quote a more definitive source regarding this topic.

Here is the simple truth—there has never been a single documented case of any adverse health effect caused by a consumer OTC cosmetic. Not one case of cancer. Not one case of hormone disruption. Not one case of any mutation to cells. At worst, some cosmetics have caused skin irritation, but that is hardly a concern for mass hysteria. Some people have allergies—that is just the way it is. We don't ban cats simply because some people can't live with them.

One of my go-to sources for true research, when I review products or look at formulations at my own company, is Perry Romanowski—a biochemist, cosmetic chemist, author of the Beginning Cosmetic Chemistry textbook (currently in its third edition), Vice President of Brains Publishing (a publishing house specializing in scientific texts), co-founder of The Beauty Brains, and, quite arguably, the most famous cosmetic chemist in the world. He has been a featured expert on cosmetics for the Dr. Oz Show, and the Rachael Ray Show.

Below is a direct reprint of a recent article that he wrote on the subject of why this ingredient hysteria is so prevalant. I have opted to use his words directly, rather than paraphrase. I will say, I agree with all of his statements.

Here are Perry Romanowski's words on the subject:

This is just a truism of journalism. People are more interested in stories that scare them than in stories that are reassuring. Sensationalism sells. So stories of toxic cosmetics will always trump stories declaring cosmetics safe. And since cosmetics are far and away safer than most any other consumer product, the media will have to rehash stories about lead in lipstick. There just isn’t much else.

The reason that these fear stories are compelling is because people are generally scientifically illiterate. They also prefer simple answers to complicated questions. Lead = bad is a much easier thing for people to comprehend than “certain levels of lead are bad but other levels are perfectly safe.” Fearmongering is effective because the people propagating the stories do so to a public that is not educated enough about science to make a judgment about the validity of the story.

Did you know that to determine the level of lead in lipstick you have to use Hydrofluoric Acid to separate out the lead? The stomach acid just isn’t strong enough to break down any ingested lipstick so the lead will never get into your system anyway!

Another huge problem is that people are just not good evaluating risks. They fret about lead in lipstick or BPA in plastic bottles which have risk levels in the 1 in 1 million lifetime risk, but think nothing of getting in a car which has a 1 in 100 lifetime risk of killing them. Here are the things that kill people. Cosmetics is not one of them.

One of the reasons these stories will stay around is because some marketers use fear to set themselves apart from their competition. When you see “paraben-free” or “sulfate-free” claims on a container, there is the implicit claim that those things are dangerous or otherwise bad. These are not direct lies but they implicitly propagate a myth and benefit from it.

Finally, there is the Dunning Kruger effect. This is the notion that someone unskilled in a subject has more confidence in their opinion about the subject than someone who actually knows something about it. So, you get books written by PR Agents and Runway Models exposing the toxicity & dangers of cosmetics. Why is it that people who have spent their careers researching and testing cosmetic products are not writing scare books about cosmetics? Why is it that the people who would most likely know the truth about whether cosmetics are dangerous don’t pen these books?