We tend to fall quiet when they're discussed, but why? 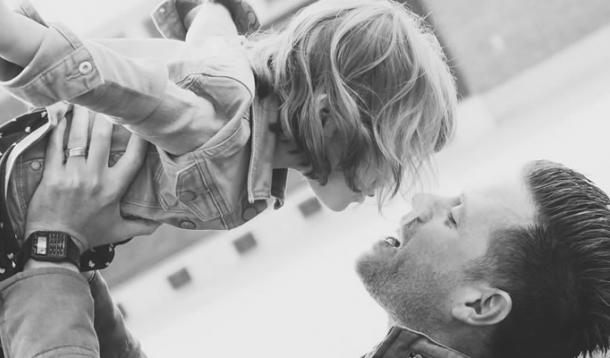 Dads, I can think of two very simple things we should all know about periods:

Most men know this and that’s great and wonderful and nearly worth holding celebrations over. But, many men know this because they’ve at one point encountered a woman who “must be on their period,” because they were confrontational with them or because they need to walk around on eggshells because it must be their partner’s “time of the month.”

There are fewer men who are completely comfortable with the idea of a woman menstruating and with this being nothing more than a natural occurrence for them. Growing up is awkward enough without thinking something you can’t stop is bad, so I’d like to do my part to change the way we think about periods.

I can’t speak to how women view menstruation. I can’t possibly put myself into a position where I know what it’s like to go through this for so many weeks in so many months over so many years of your life.

I’ve never run a marathon on the first day of my period, I’ve never have pictures removed from Instagram, and I’ve most definitely never lived in a place where access to feminine hygiene products is extremely limited.

But I have seen people shame those who have.

Without making a single choice about what to do with their bodies, our girls are taught many things they have no control over are things to be ashamed of. Their bodies grow hair (ew), their breasts become distractions for boys (put a sweater on), and their bodies bleed (gross).

I can speak to the men’s perspective, and we need to stop the idea that menstruation is something that needs only be spoken about between a mother and her daughters and that men can’t play a role in reducing the stigma around it. Learn about menstruation. Be someone your child can talk to about it without feeling as though she’s speaking unspeakable words. You don’t have to have had a period to learn about them. Check out a site like Scarleteen - a site I’ve been to many, many times, for simple definitions of what your daughter might go through.

I know lots of dads who have extraordinary relationships with their daughters. Dads who build positive body image in their girls by telling them nothing more than what their bodies do is natural. It’s surprisingly simple to do and it’s a great way to show your daughter that you respect her body, even if it isn’t like yours.

If my daughters are hungry or thirsty or needed a garbage bag to change the kitty litter, I’d walk into a store and I’d get food, drinks, or a garbage bag. And I’d carry those things proudly through the store and probably even respond to greetings from the person at the cash.

Were my daughters in need of tampons, why should I walk any less proudly with them in my hand? There’s no shame in their bodies doing what their bodies do, so why try to tuck the box under my arm and present it to the person at the cash as though it was under Harry Potter’s Cloak of Invisibility?

You don’t need to hold period parades every time someone in your family is menstruating. You don’t need to ride through town on the backs of bloodhounds throwing blood oranges to the assembled crowd. Just talk about it without cringing, answer their questions if they have them. Show them you know it’s nothing more than their body doing what it’s meant to do.

There’s stigma around “the period” that I can’t properly explain because I’ve never menstruated. I still don’t know a lot about menstruation. But I know:

RELATED: Our Daughters, Their Periods

Mike Reynolds: Dad Outside the Lines An Ode to All the Amazing Pinterest Parents