The Terrible, No Good Disappearance of the Woman Superhero

Where are you, ladies? 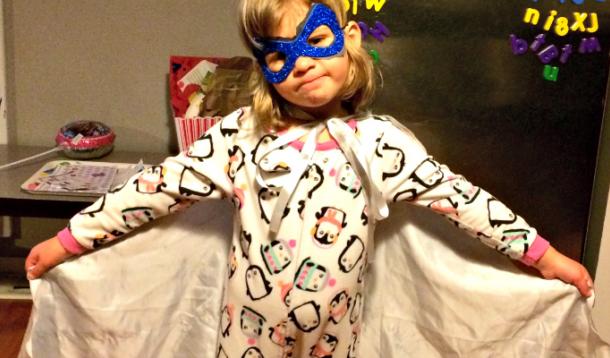 Full disclosure: I haven’t seen Avengers: Age of Ultron and probably won’t until it comes out on something more than the big screen many months from now. I also did not know the plane in this movie was called the Quinjet. I’m a superhero movie fan without knowing too much about the universe they come from. So are my daughters. They like Superman and Spiderman and Wonder Woman but don’t know much more than what they look like.

I must also confess that when growing up, many of the toys I played with were men superheroes or wrestlers. I know I had Junk Yard Dog and G.I. Joe. I also remember having Stinkor, He-Man, and Man-E-Faces. There is an extremely remote possibility I had an Evil-Lyn character as well. But since I can’t remember her, I imagine she never played a large role in any of the Battles at Grayskull.

With this is mind, after reading about two very significant toy manufacturers in Mattel and Hasbro replacing Black Widow from a scene in the movie mentioned above where she rides a motorcycle out of the aforementioned Quinjet with Captain America and Iron Man, I asked my five year-old daughter if she would have preferred that the toy made about that movie scene feature a man or woman superhero.

But, she did add that boy superheroes are awesome to play with too.

And right there is the problem. As women superheroes are erased from the toy aisles because boys, the apparent target audience of the movies and the play-things that come of it, would identify better with Superman or Captain America, our girls are left to play with the same nearly all-men superhero lineup and expected to enjoy them.

And many will because superheroes are great fun to play with. And superheroes have great characteristics. And they triumph over evil. And they’re wicked smart. They have a lot of things our kids look up to.

Unless they have all those things but are also women. Then boys can’t possibly be expected to look up to or idolize them, right?

Boys simply aren’t capable of seeing a strong woman and then thinking, “Hey, I like science too, this scientist is awesome.” A boy can’t be inspired by a superhero who identifies as a woman. Can Ronda Rousey not be an inspiration for both women and men? Can boys not look up to Megan Grassell, who founded Yellowberry as a teenager because they don’t wear bras? Can a boy not stay out in his backyard until the sun goes down trying to perfect his Mo’ne Davis fastball?

Because if we aren’t raising our boys and our girls to be able to find amazing characteristics in model men or women, then we’re failing them significantly.

I can only imagine the deep conversations that must have surrounded this decision at the many boardrooms this was debated.

“Remember that scene with Black Widow and the motorcycle? We should make a toy out of that.”

“Well yeah, we should but there’s a pretty obvious flaw in that scene that I can't believe even made it in there."

“Oh shit, that’s true. Could we add a penis decal to the motorcycle? Are there other ways we can get boys interested in this?”

“Well the scene itself was pretty well received by the millions of men who watched the movie. Maybe we could just keep it with her.”

“Oh my god, lighten up, I was just kidding! Yes, penis the scene up. Add Captain America. Or Iron Man. Are there other penis people? Add one of them.”

“What about Black Widow?”

Because they’re too weak, right? It’s because they’re always late to save the day because they have to put on makeup, isn’t it? It’s nonsensical bullshit that this happens time and time again. My daughters like superheroes, they like baby dolls, they like Barbie, they like all kinds of things and that’s wonderful.

So, Mattel, Marvel, Hasbro, and whoever would like to play a role in more equal play opportunity for kids, please give them a few more choices. Let them see themselves on motorcycles and jumping out of planes because I can tell you right now that our floors at home are often filled with lava. Ours girls love being superheroes too and they want to be inspiring to both halves of our population.

Stop telling boys that women are too delicate to survive a day of being thrown off couches into pretend volcanoes. Stop telling them that you understand it’s hard to see a woman as a superhero.

Because I’ve looked, there are billions of them out there.

Category:
Culture - Film
Tags:
The Avengers
superheroes for girls
Action movies
why are there so few heroes in movies geared to girls
little girl superhero