Mixing Music With The Best 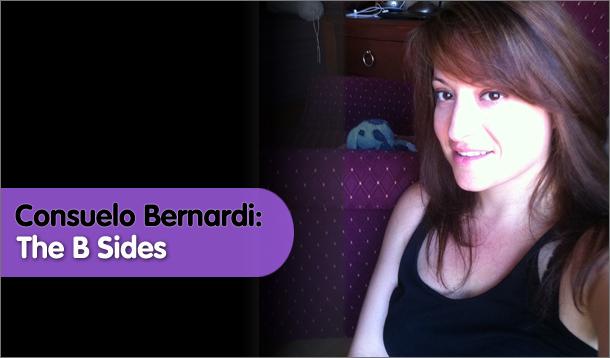 I often sing the praises of DJs...how they can seamlessly connect layers of music in one constant flow, as they create and maintain the mood and energy of the crowd and listeners they are out to entertain.

Bottom line they have mad skillz and I wish I possessed that talent. But for the record, I did kick some ass at the whole creating a mixed tape thing....I was lightening fast at that record stop, pause technique on my Sharp Dual AM/FM Cassette Player Boombox. Word.

So anyways...I was talkin' DJs with Tech Mummy, Krista Swanson at a GNO over the weekend (cause we're equally obsessed with music) and it occurred to me that I should start featuring them on the Bsides.

So that's exactly what I'm going to start doing.  So if you are a DJ and you want to be featured on the Bsides, drop me an email at [email protected] or drop me a line on Twitter at @cbernardi

So to launch this new blog feature, I picked two DJs that I met through Twitter. Aside from being two truly amazing people and both from Washington, DC...they are both equally skilled at that whole 'mixing' thing.

And I listen to their musical offerings on a weekly...sometimes even daily basis.

DJ Spin was just 15 years old when he first snuck into the hottest club in the city to hear the addictive sounds of house music. From that moment on, he decided the DJ booth was where he wanted to be. By 17 he was a resident DJ at Heaven, at the time the biggest club in upstate New York, and from there his 20 year career in the mix has taken him from New York to California to DC.

Bringing his love for music and passion for making people move, he spins genres as diverse as trance, house, reggae, hip-hop, and electro. DJ Spin has opened for such artists as Natasha Beddingfield, T-Pain, Brooke Hogan, Mario Vasquez, Cassie, Kat Deluna, Paul Wall, and Rihanna. He considers Darude, John O'Callaghan, Cosmic Gate, Above & Beyond, Blank and Jones, Tiesto, Paul Van Dyk, ATB, Avicci, and Roger Sanchez to be amongst his major influences.

Currently he's obsessed with the deep grooves of electro house ... he is always making noise!

DJDeedle is David Schwartz. Although he'd taken years of piano lessons and made painstakingly mixed cassette tapes as a child and teen, it was in 2002 that he discovered Metatracks, a now defunct deejay school in Washington, DC. There he took lessons from local club deejays who spun vinyl records as you still see deejays do from time to time. However, not wanting to spend thousands on decks and mixing equipment, and out of respect for his neighbours' quietude, he decided to go the digital route and purchased some cheap computer software and started mixing CDs for friends and family. After honing his skills and upgrading his software over the years, in 2006, DJDeedle launched Deedlecast, his weekly podcast of mashup, dance, remix, electronica, and sound collage. DJDeedle has posted a Deedlecast every Friday since February of 2006, never missing one.

Although DJDeedle does mix live on occasion and produces the odd video from time to time, his true musical passion and creative outlet is his weekly Deedlecast. DJDeedle believes that all forms, types, and styles of music have something to offer. Discovering unique music and creating mixes successfully combining elements from every conceivable musical genre like pop, orchestral, electronic, country, hip-hop, rap, blues, jazz, experimental, ska, drum & bass, dub-step, trip-hop, world, television, inter alia, is what Deedlecast is all about.

Each and every DJDeedle mix is guaranteed to be different. You can download the mixes to your phone with the Deedlecast App for Android.

DISCLAIMER: The majority of the music on Deedlecast, by DJDeedle's own free admission, is created using non-sanctioned, copyrighted material of other artists. All audio material of this nature is for demonstration purposes only and, unless you own the copyright, should not be kept or redistributed. DJDeedle does not make any money from this and believes that the end-product is sufficiently different not to cause the original artists any financial hardship. However, DJDeedle will remove any file upon receipt of a written request to do so. Finally, if you like the music you hear on Deedlecast, please go out and buy something by the original artists - one hand washes the other. Remember, as always, past performance is no indication of future return.