The Future Of Canadian Country Music 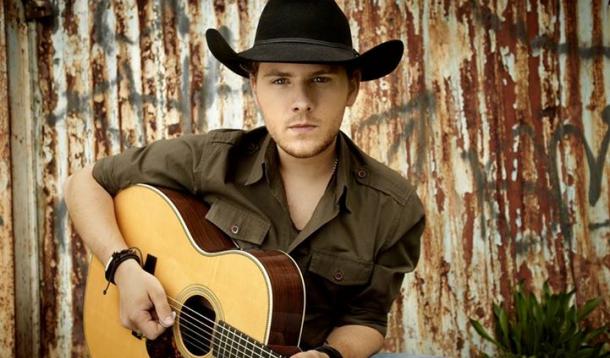 Brett Kissel is a twenty-three-year-old singer from Flat Lake, Alberta.

He has been dominating the Canadian Country Charts over the last few weeks. He has had the #1 Canadian country song for five weeks (and counting) and the #1 video at CMT for two weeks straight, all with his debut single "Started With A Song."

And to those musical accomplishments, Brett can add this stat: He set a Canadian country radio record for most adds in the first week of the single’s release.

Brett Kissel's major label debut [Warner Music Canada] "Started With A Song," was released last week (available on iTunes). His album includes a song dedicated to his grandparents, who died in a car crash on their way to see Brett in a concert last year.

Brett is managed by Bob Doyle who has only ever managed three artists including Brett. You may have heard of the other two—they're kinda big deals on the country music scene: Garth Brooks and The Band Perry. Brett also managed to land a performance earlier this year at the CCMAs—all without even having music eligible for nomination. Needless to say, this guy’s the real deal—he is the future of Canadian country music. 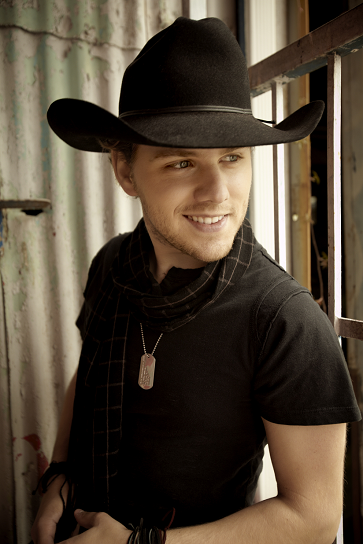 Recently I had a chance to ask Brett Kissel a few questions and here's what he had to say:

What was 'the' song that got you hooked to country music and made you want to have a career in country music?

Unfortunately it’s too difficult to narrow it down to one song, but I can tell you THE artist who made me want to become a country singer. His first name is George his last name is Strait. He was a cowboy—he was a great singer, and every single one of his songs I loved.

Growing up who did you listen to/influence you?

Growing up on a cattle ranch in Northern Alberta, I listened almost exclusively to country music and traditional country if I may add. I was influenced by whatever record my grandparents would play me and that included the likes of Johnny Cash, Buck Owens, and Charley Pride. But again, it was George Strait’s music that got me hooked on becoming an actual country singer.

Is there any Canadian country artists you want to collaborate with?

There are many who I would love to collaborate with and luckily I have developed friendships with a lot of them, so collaboration may just be in my future. Some in particular would be Dallas Smith, Corb Lund, and Dean Brody.

What was it like performing at the CCMA Awards?

This is going to sound cliché but it was a dream come true. I got tickets to the 2002 CCMAs when I was twelve. I sat in the second last row and I told my mom, I’ll be on that stage one day.

You've had a lot of success at a young age. How do you keep grounded?

Growing up on a cattle ranch has made me realize how important my values are, and there’s a little bit of fear in me knowing that if my head ever got too big, my grandparents, my parents, my brother, and a long list of family would be there to remind me that I’m “no country star on the farm.”

What are the top five songs that you loving and listening to right now on your own time? We'll call it the 'Brett Kissel Top 5 Must Listen To Playlist':

1. Galveston by Glen Campbell: This is my favourite song of all time. I listen to it all the time and I will never stop listening to this song.

2. Callin’ Baton Rouge by Garth Brooks: I have been on a Garth Brooks kick lately and I can’t get enough of this song. It’s undoubtedly my favourite.

3. Stay by Rihanna: Rihanna’s just such a great singer and artist, and I love this song. It’s a change of pace from her usual up-tempo jams.

4. Mine Would Be You by Blake Shelton: This song is written by a good friend of mine, Deric Ruttan, and it could be one of the best written songs to come out of Nashville in years. Listen to the lyrics; they will take you on an incredible journey.

5. Blurred Lines by Robin Thicke: From the minute I heard this song, I loved it, and yes I do sing this at the top of my lungs when I hear it come on the radio (don’t judge).

And now fo five fun rapid fire questions borrowed from one of my favourite TV shows, Inside The Actors Studio:

What is your favorite word? Yee-haw (I write it on every autograph.)

What is your least favorite word? No.

What sound or noise do you love? The voice of the maid from Family Guy

What sound or noise do you hate? Excessive coughing. Take a drink of water already!

What profession other than your own would you like to attempt? Bull rider. The label wouldn’t let me, but I’d love to ride a bull.

And finally you're going to go hang out one night and you have room for eight celebrities/musicians at your table. Who do you invite?

My wife is a celebrity in my eyes, so she gets an invite. Will Ferrell, John C. Reilly (seated next to Will Ferrell), Vince Vaughn, Paul Rudd, Judd Apatow, Steve Carell, and Leslie Mann (notice how this is the cast from almost every amazing movie).

If you want to check out Brett in concert, here are some of his upcoming tour dates: 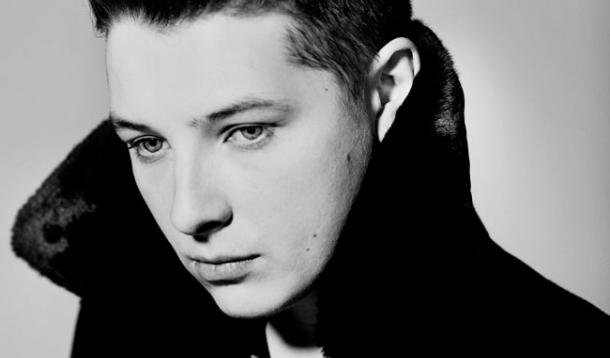 He's my latest musical crush and he hails from across the pond..

Brit boy with loads of talent with a voice that is a throw back to pop/soul days gone by.

I hope his music explodes on radio....his songs are so damn amazing.

Oh and p.s. if he would go on tour with Graffiti6 and they happened to do a tour stop in let's say Ottawa, Toronto or Montreal, THAT would be freakin' spectacular. 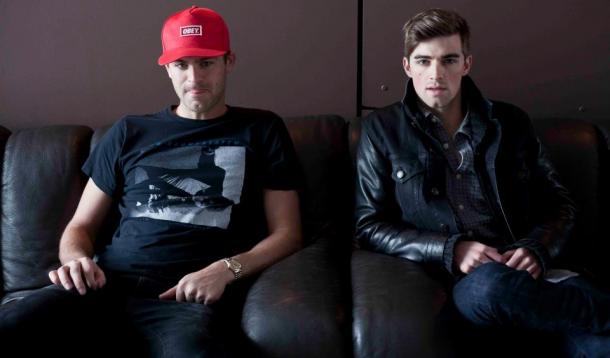 L-O-V-I-N-G this remix of The Wanted's 'We Own The Night' (hello boy band and the song is ridiculously catchy) by Alex and Drew from NYC.

The aforementioned duo is better known as The Chainsmokers. Now for those familiar with the genius work by The Chainsmokers you might be all 'The Wanted really? No way. Get out!' But yes they did. And this is what Alex and Drew had to say about that...

"We normally work with artists that could be considered more alternative or indie, but truth be told we make music not only because we love it, but because we want it to be heard by as many people as possible. We will never compromise The Chainsmokers sound in our production but this was a fantastic chance to expose ourselves to an entirely new fan base, both in size and in music taste see as The Wanted are quite different from past artists we worked with. We always say, we love pop, we love indie, and we love dance, and sometimes one of them is more prevalent but we always try and find that balance. So we think in this track we created a beautifully fun and easy remix that like chewable vitamins, is good for you and goes down easy no matter your preference..."

So go forth and get this remix stuck in your head and dance. It's a damn good thing.

Consuelo Bernardi: The B Sides The CMAs

Consuelo Bernardi: The B Sides Remembering Kurt Cobain: A Man Who Defined A Generation