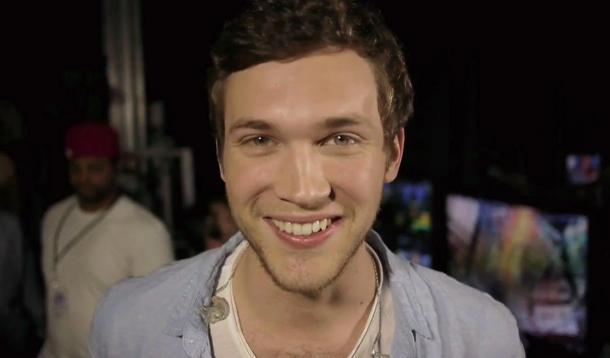 "In the end, a humble pawn shop worker pursuing his dream was a more appealing narrative for more people than a technically brilliant singer who’d been prepping for stardom since she was 4 or 5 years old." ~Debra Yeo (Toronto Star)

After the record breaking 132 million votes were counted, Phillip Phillips—the pawn shop employee from Leesburg, Georgia—walked away as the winner of Season 11 of American Idol.

Don't wanna brag but I had a feeling right from the beginning for the boy with the same first and last name. I have been rooting for Phillips since I first saw his Savannah audition back in January. He reminded me of Dave Matthews meets David Gray with a little Ray LaMontagne and John Mayer thrown into the mix.

I know, I know another white boy with his guitar (WBWG) wins big in the end. But unlike past WBWG winners there was always something different and endearing about Phillip Phillips.

First there was the name (obviously) but the fact that he always stayed true to himself, his sound and his music was refreshing. The judges always said he was a true artist who refused to compromise on the artist that he was and wanted to be, and that in the end was his winning hand in the competition.

He didn't get wrapped up in the make-over process—he still looked like a college kid going to a keg party as opposed to a Hollywood star in the making. Ok, true his ridiculous good looks helped but it was that 'this is me take me as I am, vote for me, don't vote for me, but I'm not changing because people say I should' is what made him stand out week after week. And the fact that he didn't apologize for not wanting to morph into something that he didn't believe in or feel comfortable with captured the hearts of many week after week.

And last night when he let his guard down and started to cry and stopped singing, passed off his guitar and walked into the arms of his family. That was as pure of a moment as there has ever been on American Idol. In the end his was still that 21 year old boy with his guitar who sought comfort in the arms of the people he loved the most. And cue the crying and hearts melting.

And as for the runner-up, Jessica Sanchez—that 16 year old girl with the powerhouse voice—she'll do just fine. There is a big future for her in the music industry...I'm thinking even a role on Glee (hello second coming of Rachel).

I really do believe that America got it right when they voted Phillip Phillips. But now the real test remains. It's one thing to vote for him as the winner but the question remains will the voters open up their wallets and buy his music? I really hope they do. If his first single 'Home' (now available on iTunes—and yes I already bought it) is any indication of what he's bringing to the music scene, Phillip Phillips has a great future ahead of him. His dream of singing songs and playing his guitar has finally come true. And for that I am over the moon happy for him, because in the end we are all dreamers and having them come true is a truly a special moment that should be applauded.

And if nothing else Dave Matthews will always have a go-to replacement on tour if he ever gets sick.