A Man, His Music and the Squirrel Puppet 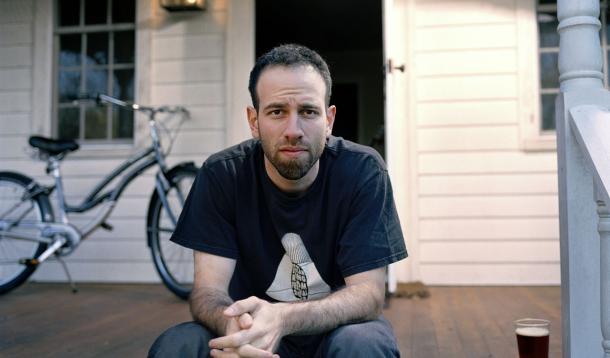 So two weeks ago I received this email from Family Records:

“Today we launched a fun web series featuring one of our artists, Matt Singer, and the co-star of his upcoming music video "All This Joy," a squirrel puppet called Martin.

The series co-stars and was co-created by puppeteer Melissa Creighton, who works with the Muppets and Sesame Street, and will a feature funny, 2 minute, kid-friendly sketch posted on Matt’s Tumblr each Friday leading up to the release of Matt's new album The Build.  The videos are great to watch with your kids, and the music is catchy for all ages.”

Needless to say they had me had squirrel puppet, the Muppets and Sesame Street.

I watched the first Matt and Martin video with my almost four-year-old daughter (who I affectionately call the ‘Princess of Destruction’) and she LOVED it. Truth be told she was crushing on the squirrel. She was completely smitten with Martin. And she decided right then and there that she wanted to ask Martin some very important questions about life as a squirrel.

Who was I to deny my journalist in the making? I mean really?

And so after finally pinning down Matt, Melissa and Martin in NYC (the squirrel has a busier social life than I do), we managed to do an interview…all kicked off with three questions for Martin by my daughter.

Melissa: I think it's best to let Martin answer this one.

Martin: Yea, I dress myself. I’m a self-made man…err squirrel. Okay okay. Truthfully, I go to the salon once a week to have my tail fluffed, and my purple stripes touched up.

Melissa: Huh, I had no idea!

How old is Martin?

Martin: I’m 4. In Squirrel years I’m in my mid-thirties.

Martin: I have a crazy awesome assortment of candy and nuts in my drawer, which Matt is totally unaware of by the way (so please don’t blow my cover!). Technically, I’m not really allowed to have them. But I consider that an unimportant detail. And I pretty much come and go as I please.

How did the idea of the web series come together? How did you both start working together?

It all began with the All This Joy video (directed by our friend, Jesse Garrison) in which an energetic squirrel co-stars with Matt, and helps him find his joy. After that we saw an opportunity to tell a bigger story of the Matt and Martin relationship. That's when the web series began.

Why a squirrel? Why Martin? Or as they say in Hollywood what was the casting process like?

Melissa: We created the Martin puppet character for the All This Joy music video (which you’ll get to see next month!). The puppet was made from a striped sock on Matt’s foot, buttons from his shirt and a feather duster. When we put all the pieces together, it just seemed natural that the little guy was a squirrel. Plus, we always get a kick out a watching the squirrels in Prospect Park, near where we live. Squirrels are the best!

Melissa—how did you get into puppeteer work? How have the experiences been working with Sesame Street and the Muppets?

Melissa: The first job I had when I moved to New York after college was at the Jim Henson studio coordinating Muppet photo shoots. That job was really fun! The best part was all of the wonderful people I worked with and getting a chance to be with all of my favorite puppet characters from when I was a little kid. Over the years, I’ve worked building puppets, wrangling (which is like a puppet stylist/technician) and puppeteering on stage and television. I am so lucky to have worked with so many amazing talented people (and puppets!). Of course, singing with Elmo was a big highlight, but performing on It's a Big Big World is where I really got a chance to stretch my wings.

Matt—anything you can tell us about your new album?

Matt: My new album, the Build, is all about climbing out of something hard and dark and into something light and beautiful. It’s a taking chances kind of record. And it will be release at the end of April this year!

Did you watch the Oscars? Did you catch Kermit and Miss Piggy? What did you think of Miss Piggy's red carpet dress?

Matt: Melissa and I went to an Oscars party and everyone was talking and laughing so loudly that we didn’t hear what Kermit and Miss Piggy actually said, but we could tell that they looked amazing!

Melissa: Miss Piggy has a great sense of style.

Martin: I totally have a crush on Miss Piggy!

If you were stuck on an deserted island which 5 puppets would you choose to hang out with?

Matt: That’s a tough one. Hmmmm…

Melissa: I agree. I’m not sure I’d want to hang out with puppets all alone on an island.

Is Martin love struck crushing on any other muppet?

Which top 5 artists/songs can you not get enough of at the moment—a Melissa and Matt playlist.

A Real Hero by College, I Wanna Dance with Somebody by Whitney Houston, Man or a Muppet from The Muppets, Favorite One by Great Elk and basically anything by Fleetwood Mac

The last word is yours…

If you’re in New York City or nearby, come to the Living Room this Friday (March 9th) to see Matt Singer play at 10pm. It’s going to be a really fun show. And, of course, stay tuned every Friday to mattsingermusic.tumblr.com to see what Martin’s been up to.