Fergie's dress has everyone talking! 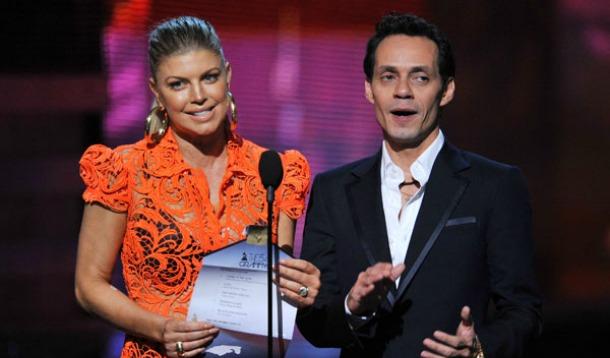 Fresh from JPG's Spring 2012 couture runway, this dress was part of a collection that was a stirring tribute to troubled singer Amy Winehouse and heavily featured shrunken shirt sleeves, inpeccable corseting and shocking colour - all of which were present in what was about to become known as "Fergie's Dress."

That night, during our #YMCGrammy chat, YummyMummies had this to say about what she wore: 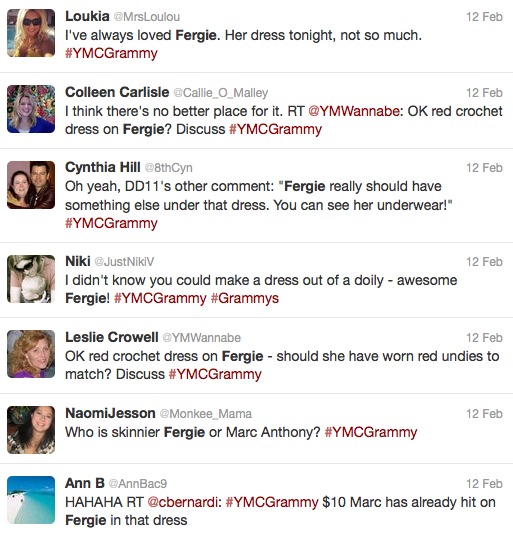 I love when a dress gets people buzzing!

I follow the amazing Sasha Charnin on Twitter, Fashion Director for US Weekly magazine and she's a wealth of fashion information and fun! Her Casa de Sasha Tumblr account is just as golden as her Twitter, too.

Just last week, Sasha went on a tweety rampage as she clicked through the couture shows on Style.com. She would post links to dresses she liked and called them out as appropriate for certain upcoming red carpets - BAFTA, Oscar and Grammy.

This one especially caught my eye:

The link clicked through to this picture: 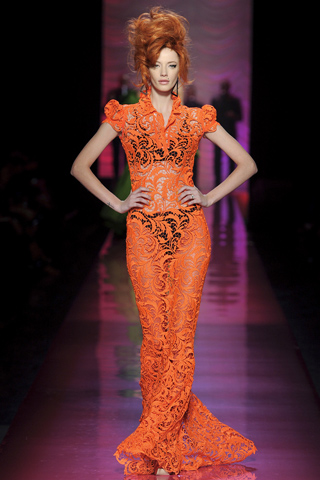 I was beside myself with glee to see it actually appear on the red carpet. It was like I had insider information! Fergie was, to me, the perfect person (read: body) to pull it off.

And yet it our chat was an either love-it-or-hate-it tug of war! It made the same waves all over Twitter that night and in the blogs that followed for days.

Interestingly, one of the biggest trends we saw on the SAG red carpet two weeks ago was Lace. Lately, too, everyone is yammering on about Tangerine as *the* colour of the moment. Here in this dress they become most elegant and incredible pairing. Yet, people everywhere are complaining that it looks like a "doily" and calling the colour terrible things like "traffic cone." Fergie's underpinnings are even decidedly more modest that the thong shown on the runway but *gasp* we can see her underwear!

It's couture. Not ready-to-wear. It's certainly not meant for the suburban closet but surely it must belong on a red carpet amongst leather and spikes and guns and tattoos and ear rivets (yarg) and countless other forms of expression at an awards show to honour those who make their living being wild and crazy. If not now, when?