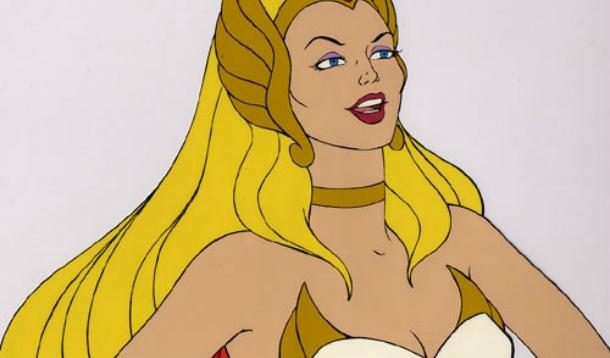 I should admit that I had very low expectations going in.

The last time I saw Madonna perform live, for her Sticky & Sweet Tour in 2008, her show was peppered with crappy costumes and practically no dancing. This was a concert so bad I declared it to be the last time I bought tickets to an arena show.

Oh, and, I certainly thought she acted like such a self-righteous bag at the Golden Globes touting "MY movie" and then verbally urinating on the other nominess with her acceptance speech by saying she had just thrown the song together at the last minute.

I could feel myself sitting through half time, cringing slightly, at the thought that she may wipe out (she did stumble) or, far worse so, underwhelm me.

Turns out, it was pretty epic.

Her Philip Treacy headdress was 100% vintage She-Ra. She had her best hair on—cascading blond loose curls. The Hollywood Reporter described her as a "Gucci-coated Cheerleader" (it was Givenchy but my first thought was the black-and-gold heavy Spring 2012 collection, too). 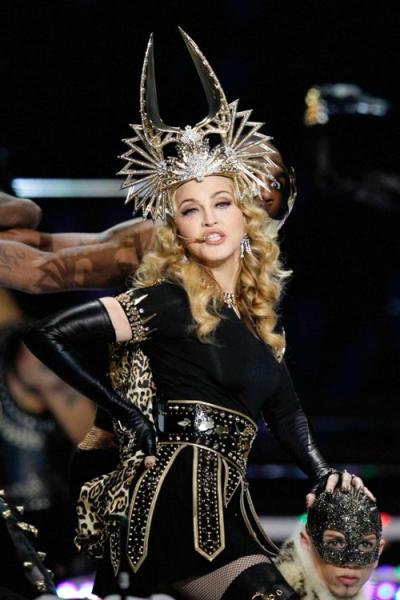 I loved the throngs of extras and seeing her emerge as a throned goddess in metal feathers and warrior flair.

Rami Kashou, Project Runway Season 4 runner-up (to Christian Siriano) and current PR All-Star, excitedly tweeted that he was responsible for the ivory draped gowns on the Roman ladies at the top of the performance: 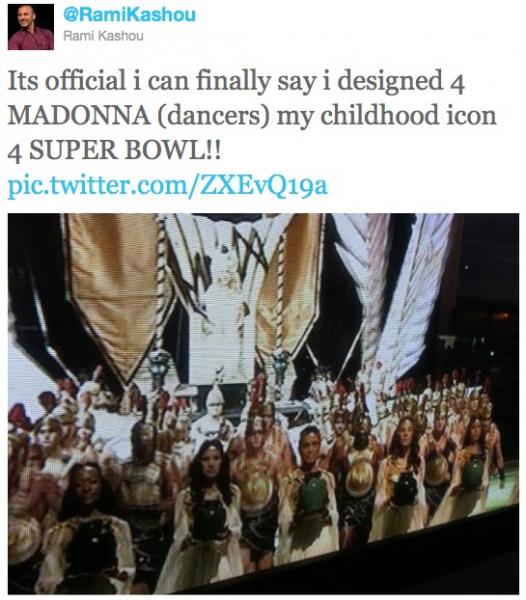 Sure, she lipsynched. Sure, the dance moves were a little, if not laboured, calculated. As she disappeared in a puff of smoke to end the show, one thing remain certain:

She is Princess of Power embodied. All hail, her Madgesty.