How award-show fashion influences the rest of us 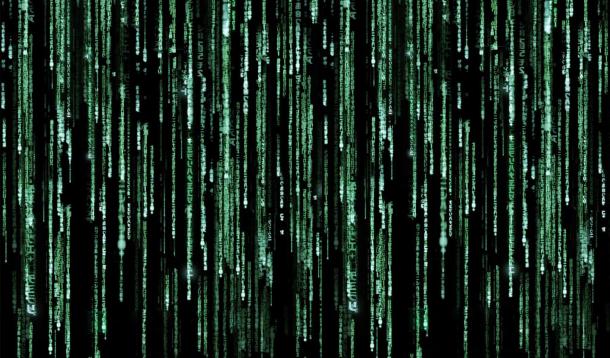 A big-time award show red carpet is the most likely place that many of us will see couture gowns for the first time. We aren’t invited to fashion week in Paris or Milan and even someone as obsessed with clothes as I am has little time to flip through Vogue or Elle on a regular basis. Sadly, premium designer gowns just don’t have a place in my world of hockey practices and school lunches.

The Golden Globes signals the start of awards season in Hollywood and gathering around the boob tube with my girlfriends is a great way to indulge in Hollywood gossip, eat salty snack foods and pick up some great new fashion trends.

Before you freak out that I may be suggesting you cut some weirdo '60s side burns like Zooey Deschanel or fish scales and feathers like Evan Rachel Wood, there are three trends which appeared on the Golden Globes red carpet that translate well into every closet:

Nude is the new LBD

There was a time when black was the most popular option but, this year, I can’t really think of more than 3 or 4 black dresses from the entire evening. Varying tones of neutral blush dominated. These pale colours are elegant and fresh without being overpowering.  If opting for a nude shade this Spring, make sure it brings out your natural flush because the wrong shade can wash you out. When done right, it looks almost as though you are glowing from within. 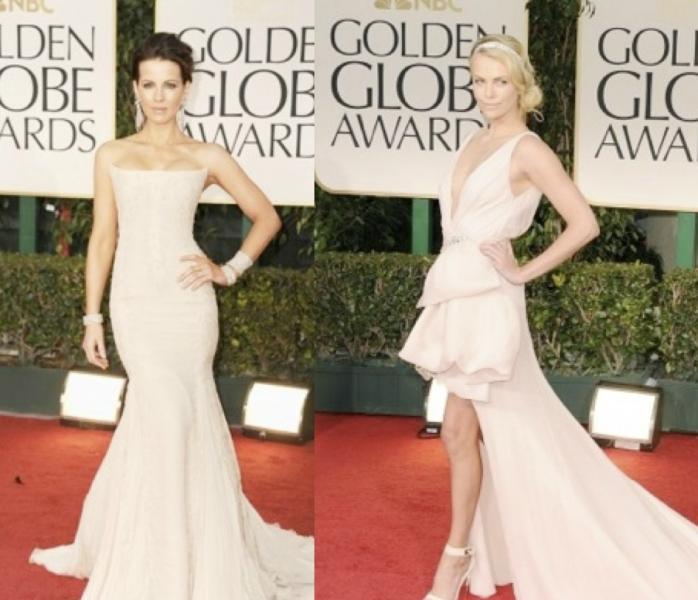 Sure, Pantone has declared Tangerine the colour of the season but, to me, that colour is so Spring 2011. This year, look for tones that fall between blue and green on the colour wheel: teal, cerulean, turquoise and sea green. Much more universally flattering that orange, these shades can highlight most eye colours and enhance most hair colours. 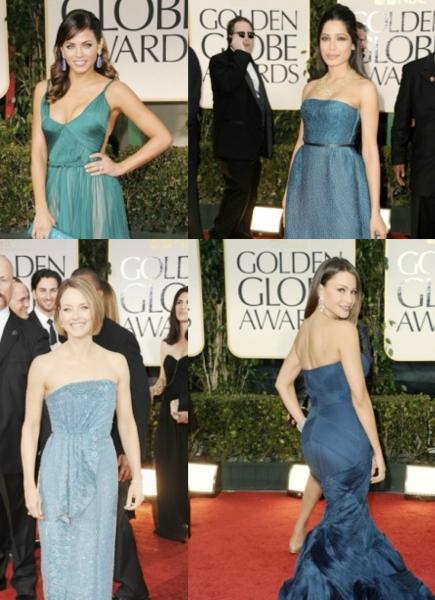 One of my favourite looks of the night was Salma Hayek in a beautiful beaded Gucci with golden bustier. Sure, she’s asking for Joan Rivers to make her annual requisite “Golden Globes” joke but Mme. Hayek-Pinault was in my top three for the whole night. Her husband is Chairman and CEO of PPR, which own the famous Italian design house as well as at least a dozen other well-known brands. Graphic black and gold patterns, mixed with white or emerald green, were the cornerstone of the Gucci S12 colelction and I look forward to seeing more of this combination in the red carpets to come this season! 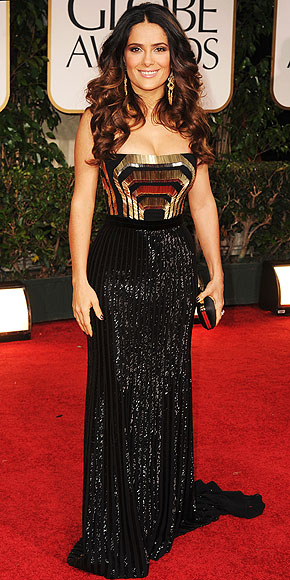 The YMC team loves to tweet and talk about awards shows!

Check out Kelli's post about whether Ricky Gervais let fans down.

Check out Ali's post about the good, the bad, and the confusing at the Golden Globes.