Puzzling Pain In Your Kid: How to Identify It and Get Help 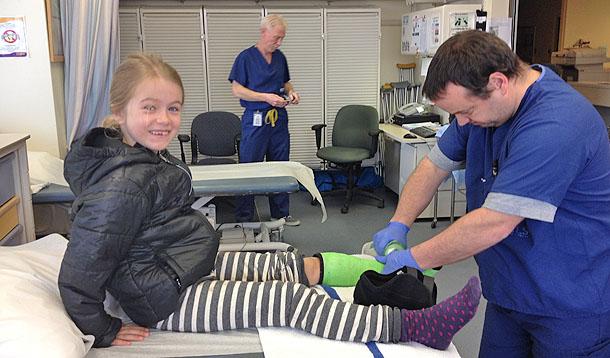 My husband and I are the children of physicians. This commonality broke the ice early in our relationship as we delighted each other with stories of neglected illnesses, injuries, and a childhood mostly devoid of empathy for pain!

My husband is also a physician and we now have three doctor’s children of our own. They are familiar with having to display a journal-worthy infection, or exposed bone before someone looks up from the paper. Treatment usually consists of a prescription to “walk it off.”

I had always assumed that physical pain flowed directly from logical or visual physical evidence. This all changed last March after our six-year-old daughter, Lola, sprained her ankle.

Following her accident, the Children’s Hospital of Eastern Ontario provided us with excellent care and explored every possibility. However, weeks passed and she would still weep when asked to put weight on her foot. A cast followed, more x-rays, a brace, and finally an MRI. The sight of Lola on crutches became our new normal. Together, we studied her, asked questions and worried.

After a few months of crutches with zero reduction in pain, Lola was diagnosed with Complex Regional Pain Syndrome, or CRPS, a type of neuropathic (nerve) pain. After the diagnosis, she began working with an incredible CHEO physiotherapist we nicknamed "Magical Vanessa." 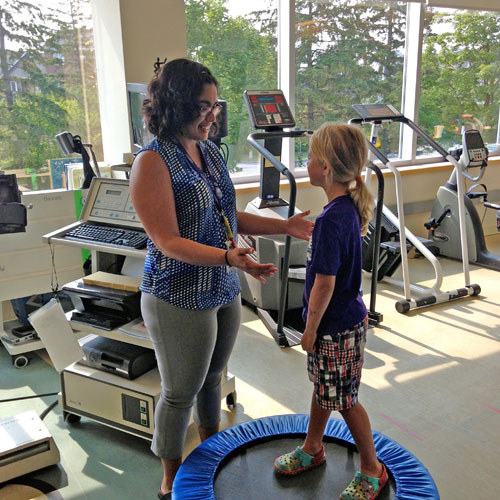 According to Dr. Fiona Campbell, from the Chronic Pain Program at The Hospital for Sick Children, "CRPS is well-recognized but rare. It can start after even a minor injury, which then triggers excessive activity of the nervous system causing pain and other unusual symptoms. The pain can be burning, tingling and throbbing and often very severe. Other symptoms include extreme sensitivity to light touch, intermittent swelling and changes in skin colour, sweating, and hair and nail growth."

Basically, Lola’s brain was receiving pain signals from her healed foot saying it was still injured, even though the sprain had already healed.

When a kid has CRPS, it's important to get a quick diagnosis and treatment at an interdisciplinary pain clinic like the one we attended CHEO. In our case, treatment for Lola involved physiotherapy, time, and a ton of “leg work.” Research shows that medications, psychological treatment, and physical therapy can all be helpful with CRPS, but it really is the physical therapy that is key in helping kids with CRPS.

Each day, we would take turns walking backwards around the block, leading Lola and holding her fingertips. She would usually cry throughout the exercise, making us look like terrible parents. Progress came when she could walk holding only one of our hands. Distraction helped and she loved hearing CNN stories read from my phone. We also used the Faces Pain Scale to help track Lola’s progress.

Our family’s experience with CRPS was emotional. Frequent suggestions from unsolicited observers that perhaps we weren't doing enough for Lola were hurtful. Insinuations that she was faking her pain for attention were the worst. I pushed back dread that my child was psychologically wounded enough to pull off such a feat. Thankfully, so many helpful and compassionate people were there for her too. 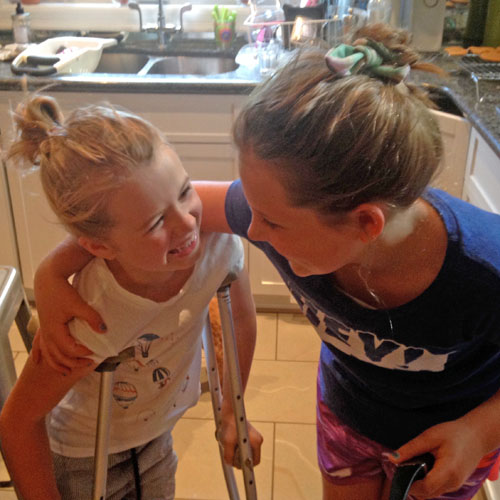 Spring came and she started to walk, then run, then climb and by the end of July it was mostly over.

Help for managing our kids' pain has arrived

Effective management of children’s pain is so important. It is now known that early exposure to pain has a negative impact on brain development, attention span and pain response later in life. Despite evidence on effective and safe ways to reduce pain associated with common procedures, many children still don’t receive these interventions but we, as parents, are now learning more about pediatric pain, thanks to It Doesn't Have to Hurt.

Parents now have access to evidence-based research about pain management that is explained in a way that is interesting, understandable, and usable. All of which would have been really helpful while Lola was going through her treatment. While reading through the website, I learned that pain is a subjective experience influenced by physical, psychological, and environmental factors. Pain is also divided into types:

I also learned that recent advances in imaging involve determining which areas of the brain light up when an individual experiences pain. Last year a study of pain imaging in babies confirmed that babies do indeed feel pain, and that they process it similarly to adults. Interesting stuff!

As parents, we confront growing pains, sports related injuries, pain associated with on a daily basis. There is so much to know and so little time to learn. After the experience with Lola's broken ankle, I was left wishing that I had been better armed with information about pain before the incident occurred. Our family feels so lucky to now have tools from the It Doesn't Have to Hurt at our disposal, I hope your family can benefit from them as well. Stay safe out there!