Chad Brealey: The Wild And The Innocent 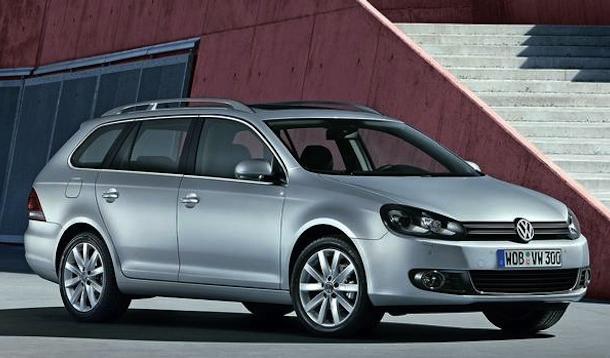 You would be hard-pressed to find someone in Canada who does not have a direct connection to a Volkswagen. The brand is the vehicular equivalent of Kevin Bacon. Everyone’s either owned one, had parents who owned one, or a friend had one growing up. I learned how to drive on a 1985 standard Jetta with a hopped-up Blaupunkt stereo. Our collective familiarity is a ringing endorsement for a brand that recently celebrated its 60th anniversary in Canada.

Volkswagen has always sold itself on practicality and simplicity. Aside from a dip into the luxury line with the upscale Passat and Touareg, the VW family of vehicles has always been a consideration for growing families looking for reasonable transportation.

The Golf has gone through a number of iterations in its lifespan, perhaps most memorably as the omnipresent Rabbit through the 80s. I had a grey one. I don’t remember much more about it—it was grey and I drove it to University. I don’t recall it ever breaking down. It smelled funny but I don’t think that was the car’s fault.

The Golf lineup has been modernized and now ranges from the 256 horsepower (gas) Golf R to the family hauling Golf Wagon (140 hp diesel).  When I spoke with folks at Clarkdale Volkswagen and suggested I was attempting a different angle to the traditional vehicle review and was focusing on family-based practicality, they pointed directly to the Golf Wagon. 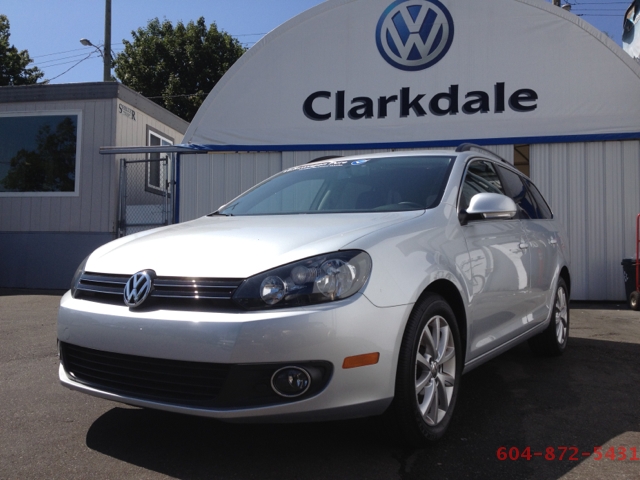 It doesn’t stand out but it doesn’t try to—that’s not the point. You can get more useable space in an SUV, you can find more technical wizardry in some cross-overs but few achieve everyday tasks with such unassuming ease as the Golf Wagon. The digital interface is not wrought with proprietary fonts or unnecessary lights and touch control options. It feels as analog as my 1986 Rabbit—which isn’t bad. It actually feels like you’re driving a car and not an iPad app.

The 6-speed Tiptronic transmission is one of the smoothest I have ever experienced and only wish it was matched to a larger engine than the diesel 2.0 litre provided. But, again, that’s not the point. I only thought about the top end of the engine because I was admiring another, arguably more important aspect of the vehicle. You don’t think about the seamless gear changes unless you decide to do so, it doesn’t jar you into noticing itself. And it reports to burn through 4.6l per 100km in the city. When a 55-litre tank of diesel lasts nearly 800 kms you can quickly see why diesel engines are becoming the choice of Canadians across the country.

My god, I’ve been driving the unassuming wallflower. And you know there’s always potential in those.

Style. The styling is safe and the edges have been rounded enough to be reminiscent of the bumpers you put on the corners of the coffee table when the kids were learning to walk. The interior materials and finish have a utilitarian feel. You don’t need to read the owner’s manual to figure out how things work—everything feels familiar and obvious.

Technical Layout. Nothing fancy. The digital fonts look like what will be considered retro in about 10 years. The buttons engage with a satisfying analog feel. They feel like they are actually ‘doing something.’ Bluetooth connectivity is instant and while not inspiring, the interface is functional. Again, it just works. 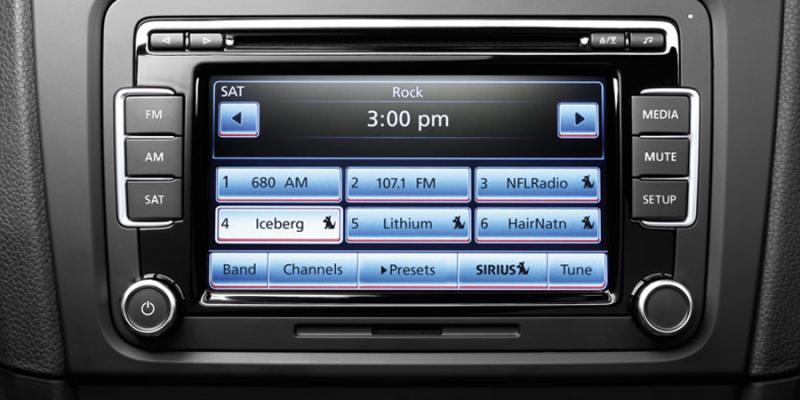 Storage capacity and usability. Utilitarian lines allow for a fairly spacious initial feel but you are quickly stricken with a lack of space to hold a phone or purse, or small bag, or a handful of toy cars from the back seat.

Ambient space. Once they’re locked into place, backseat passengers of all ages will love the huge moon roof. Spotting planes, eagles or bird crap on the roof has never been easier.

Small space storage and usability. While the passenger seat can be adjusted to accommodate a rear-facing car seat, the driver seat cannot. I am 5’10” and I would not be able to have a rear facing car seat behind the driver’s seat without compromising my driving position. This pretty much takes the Golf Wagon out of contention for families with newborn twins. The rear storage area is ample, but short. You’re going to get the stroller in there no problem but your not going to get the stroller to stand vertically in order to fit the dog in as well. Depending on the size of the dog, or other gear, this could be a problem.

Fuel economy and mechanicals. Diesel engines will virtually run for remaining time; and you’ll get 800km to a tank while doing it. The Golf Wagon is not a rocket off the line but if you arrive for a test drive with that expectation you looking in the wrong parking stall. The transmission is flawlessly smooth and a distinct pleasure to drive. A highly desirable feature that is oddly lacking is a push-button or key activated rear door opener. This seems like an odd oversight given the targeted practicality of the vehicle.

Safety. As you should expect, the VW Golf Wagon excels in the safety department and hosts enough standard issue safety attributes to garner industry praise. In fact, in the event of an accident, the Intelligent Crash Response System (ICRS) in my test model automatically unlocks the doors, turns off the fuel pump and turns on the hazard lights. This vehicle is looking after you even if you do get into an accident.

Fleetwood Mac or late ‘70s Elton John. You know what you’re going to get and you’re not going to turn it off it happens to start playing. Eventually you won’t even hear it playing.

There’s really no avoiding it. You’re driving our generation’s version of the station wagon and it’s not going to turn any heads. Funny thing is, we all remember the station wagons our parents drove when we were kids. We remember them because they were awesome. The Golf Wagon just might be awesome too.

Chad Brealey: The Wild And The Innocent You Were Once Cool—What the Hell Happened?

Chad Brealey: The Wild And The Innocent Parenting Lessons From James Bond