Chad Brealey: The Wild And The Innocent

5 tips to conquering your nemesis and look good doing it 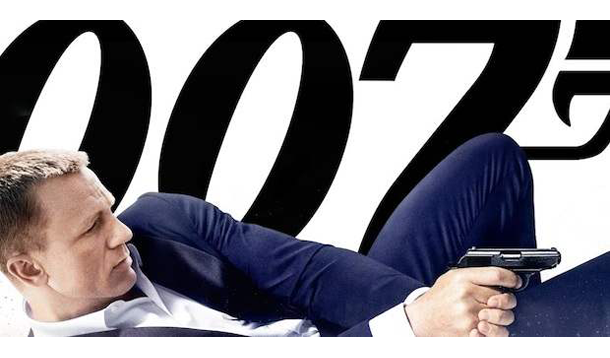 Ian Fleming’s first James Bond novel was published in 1953, on the heels of the conclusion of the Korean War and the death of Stalin. It was in these stumbling, toddler steps of the cold war that Casino Royale and its titular character James Bond were released to the world. A James Bond book, or collection of short stories was published each year for the next 14 years and by the time Dr. No was released in theatres in 1962 with Sean Connery in the lead, Bond was well on his way to becoming an international icon.

With twenty-two films and the much lauded Skyfall now in theatres, Bond remains an emblem of style, erudition, and ‘blunt force’ physicality. With the debate over the ‘best’ on-screen Bond best left for online chat rooms, it’s best we use the original (yes, printed) source material to gain our insight. It may seem a bit of a stretch to compare Bond to parents but it’s high time to consider what parents might learn from a quick dive through the James Bond canon. 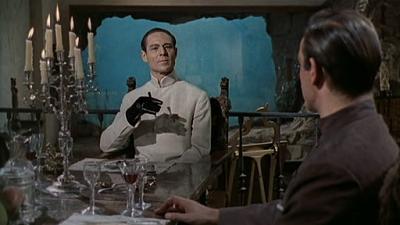 So I will tell you. … There is more to this place than bird dung. Your instincts do not betray you.” Dr. No paused for emphasis. “This island, Mr. Bond, is about to be developed into the most valuable technical intelligence centre in the world. —Dr. No - Chapter 16

1. The Lesson: Just ask your foes what their plans are—they’ll likely tell you.

Any toddler caught in full stride heading towards the white sofa in the living room while holding a black felt marker will tell you he is going to scribble the hell out of that sofa. Like Bond villains, children truly lack the belief that you are capable of stopping their ingenious scheme. This belief is so steadfast that they will announce their plan with enough detail for you to distract with a cookie, half a grape or, in the case of Dr. No, a massive, stinking pile of bird shit.

His other hand went to Bond’s shoulder. “Our Commissioner’s got a motto: ‘Never send a man when you can send a bullet.’ You might remember that. So long, Commander. —For Your Eyes Only

2. The Lesson: Don’t take a gun to a gun fight—you need something better than a gun.

There is a time for gadgetry in the parental arsenal. Traditionally, lullabies were created to gently lull restless children to sleep with the familiar, dulcet tones of their parent’s voice. This is all fine but when the cards are on the table (and there is more than one adversary to get to sleep) there is no harm in including some tactical combat. Parents can’t be in two places at once but they can employ technology. Parents of foes in the very early stages of development will find that sending in a SleepSheep or some other ingenious white noise creator is a sanity inducing weapon. That, or you will get stuck singing the national anthem twenty times in a row and falling asleep before the target does.

He washed the wound with the coffee and whiskey, and then took a thick slice of bread from his haversack and bound it over the wound.—For Your Eyes Only

3. The Lesson: Improvisation and confidence can go a long way.

Using coffee and whiskey to clean a bullet wound is a bit of a paradox. It is both extremely cool and extremely stupid. Yes, using coffee and whiskey as a cleaning agent is about as medicinal as using motor oil for the job and using bread as a sponge is a bit strange but it is the confidence with which Bond goes about using part of a sandwich to heal that is most telling. The injured will likely get infected but this really doesn’t matter—the poor person with bread strapped to their arm believes this will help. A child will present you with many chances to provide rapid triage. The next time a toddler approaches with an “owie,” use some string to strap a piece of rye bread or half a bagel to the injured sector and tell him the dog will let him know when the bandage can be removed.

…Bond always had the same thing—bitter Campari, Cinzano, a large slice of lemon peel, and soda. For the soda he always stipulated Perrier, for in his opinion expensive soda water was the cheapest way to improve a poor drink. —A View to a Kill 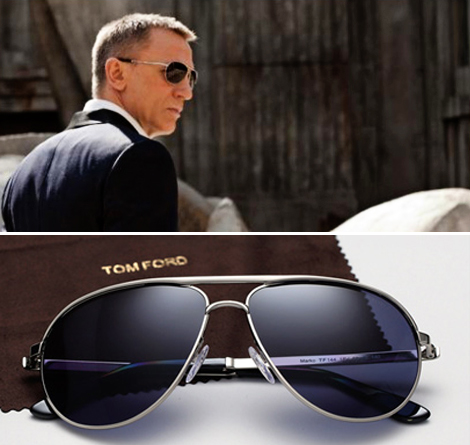 4. The Lesson: A little Tom Ford goes a long way.

Bond has always had a reputation as a clothes-horse. In print he had a personal tailor on Saville Row and in the Daniel Craig epoch, he is currently impeccably clothed by Tom Ford. Parents, and especially new parents, usually look like crap and feel like crap. Sweat shirts, yoga pants, and puke-stained shoulders are the sartorial uniform. It is sobering to walk past a mirror and see the aforementioned creature in the flesh. At this point it is best to look for little victories. It’s time to improve a poor drink.

Get a good haircut. You’ve likely forgotten how good this can feel. Go to an old-school barber and get a hot towel treatment.

Get some new designer sunglasses. Your face will look cool and you’ll feel cool. This won’t help the rest of your wardrobe but it’ll help when you’re sitting down, or in the minivan.

Make a cocktail. This is a bit literal but drinking a proper whiskey sour after the kids have fallen asleep is as close to Bond as you’re going to get for a while.

He had been left alone in Goldfinger’s house, alone with its secrets. Why? Bond walked over to the drink tray and poured himself a strong gin and tonic. —Goldfinger – Chapter 10

5. The Lesson: Perplexed? Have a drink.

Bond’s first reaction when left alone in the lair of his foe is to have a drink. He doesn’t over-react and get all emotional. He takes it down a notch and eases into a solution with a G&T. For parents, after being asked ‘Why?’ to a cascading litany of responses, each more absurd than the next, the only real solution is to dilute the situation entirely in order to see the world from your nemesis’ perspective. From a basic philosophical point of view, why are some flowers orange and why do squirrels and dolphins make similar sounds? Pour yourself some simplicity and the nemesis’ perspective may just slide into view. You’ll also find the final answer is usually either Science or Gravity. 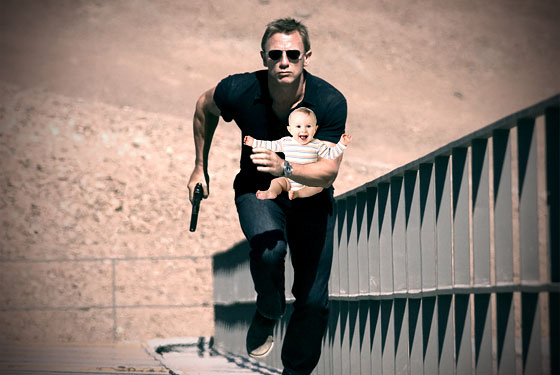 Chad Brealey: The Wild And The Innocent You Were Once Cool—What the Hell Happened?

Chad Brealey: The Wild And The Innocent Parenting Lessons From James Bond

Chad Brealey: The Wild And The Innocent Raffi Locks in Generation Now: The Concert Review