Zac Efron Drops a Condom at The Lorax Premiere

And I was there 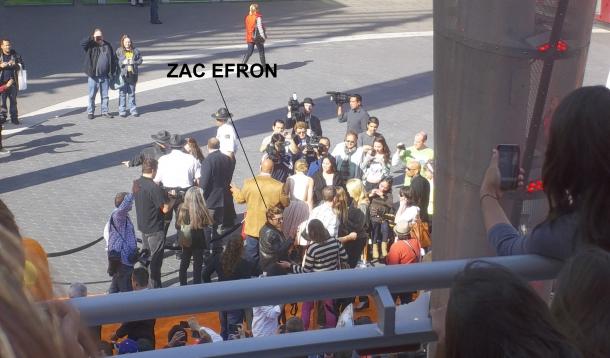 So apparently, Zac Efron dropped a condom at the orange carpet premier of The Lorax last week (which I found out this week via twitter—thanks @SharonDV and @KelliDaisy!).

Well I was there.  Yummy exclusive I guess.

No one "at" the carpet saw anything because that condom drop was in front of the media in a tented part of the orange carpet.

Maybe Zac wanted to hit something more than popcorn at the movies?

Watch as he and Matt Lauer discuss the, um, incident and talk about adding safe sex to the many, many messages of The Lorax:

Visit msnbc.com for breaking news, world news, and news about the economy