AIR MILES: How You and I Have Been Doing It Wrong

Maximize your AIR MILES rewards by doing this one simple thing

AIR MILES: How You and I Have Been Doing It Wrong 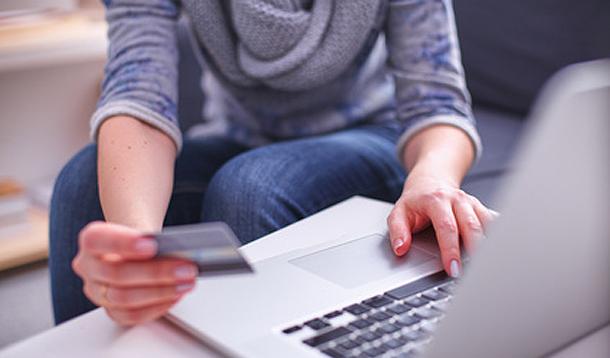 I’ve been using my AIR MILES Collector Card both online and in shops on a quest to collect ALL THE MILES since 1999. There is no card I enjoy pulling out of my wallet more and I am hooked on the thrill of earning miles.

So, it is with red cheeks that I sheepishly tell you: I’ve been doing it wrong.

So, this year, when I pay for my daughters’ cheerleading fees, equipment, and travel expenses I’m going to earn miles. Summer camp? Earning. Household bills? Earning. Simply put, everything I pay for using my American Express AIR MILES Credit Card can earn me miles, which is why I’m saying to you, if you only have an AIR MILES Collector Card, you're only getting half the picture!

Here’s where avid AIR MILES collectors will get giddy. When I pull out my AIR MILES Collector Card at my favourite place to earn miles *cough* The LCBO *cough*, and I pay using my American Express AIR MILES Credit Card, I earn miles on both cards! With over 120 sponsors and over 100 online sponsors, the potential for earning is endless.

Let's look at a typical day:

It is virtually impossible to go an entire day now without earning miles.

How could I have been so foolish not to clue into this sooner! To further compound my embarrassment, as a travel writer, I really should have known better. The American Express AIR MILES Credit Card is made for travelers. Jetsetters can earn amazing travel perks like travel accident insurance and assured reservations and let's not forget, MORE MILES every time they book travel!

So what am I doing with all the AIR MILES I've been earning? I have my rewards split evenly between Dream Rewards and AIR MILES Cash. I regularly redeem miles for AIR MILES Cash for things like movie passes and dinners out. This way, I'm always reaping the rewards of having these two cards working together. The rest of the time I'm saving my miles towards my dream trip—Italy.

The bottom line is this:

Not using the American Express AIR MILES Credit Card together with the AIR MILES Collector card is like peanut butter without the jelly, peas without the carrots, bread without the butter—they're all better together. And because of this, I'll be roaming Venice a whole lot sooner.

Put that camera down! 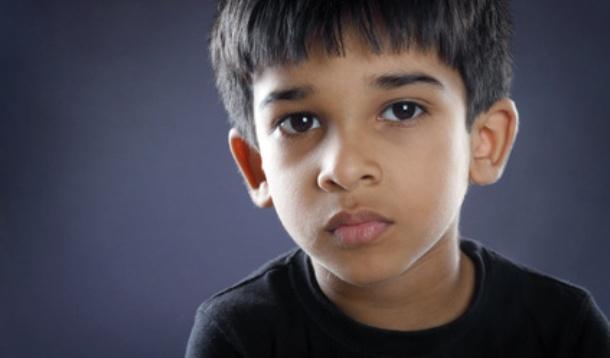 Some Internet stories are like tasting a wine for the first time. You need to swish it around a bit before you decide if you like it or not.

Such was the case for me when I first read about the mother who publicly shamed her 13 year-old on the internet for pretending to be 19 on Facebook and posting half-naked pictures of herself. If you're not one of the 14 million people who has watched the video, you can catch it below.

I admit my gut reaction to this was "Oooh girl, if I was your mother, my foot and your ass would be very well-acquainted!" After all, what mother wouldn't be pissed to find out her 13 year-old daughter was a) posting semi-naked pictures of herself; and b) friending men old enough to be her father; and c) lying to you.

Then I felt disconnected a bit from the video. It felt unreal to me and yet I knew that these were not actors. It felt wrong.

Then I started to focus on the girl, sobbing so hard her nose was running.

Then all I could see was this girl's future, with what is possibly her biggest screw up permanently stored for all to see.

Turns out this wasn't my taste after all.

The more I watched that video, the worse I felt about myself and the angrier I became at not just this mother, but the thousands of parents out there, who have forgotten what it's like to parent without the Internet.

In case you haven't heard, the internet is a lot of things, but it is not your co-parent.

Hey, I'm not necessarily dismissing the tactic, just the delivery. Shaming can be an effective tool in your parenting arsenal. Mentioning poor behaviour in front of a child to a teacher, a loved one or even a peer can bring about positive change and let your kids know that you mean business. I often ask my children when they're not listening to me in a public place if they'd like me to raise my voice and involve others. You'd be amazed how quickly things turn around at the thought of being schooled in front of others.

Shaming them in front of 14 million others? Yeah, this is probably overkill. Oh but Candace, this mother didn't mean for it to go viral. Yeah; heard that one before. Predicting what will go viral is about as accurate a science as predicting the weather. In other words, it's impossible. I can say this though with complete confidence, the act of posting anything about your child online increases the risk of something going viral by 100%. In other words, put yourself in a timeout before you post to the internet.

This video, while appealing to our fist-pump-you-go-girl traits, was totally self-serving. Guess it made the mom feel pretty good, but to what end?

I screwed up a lot growing up. It's true. I know, I know. Imagine a child making mistakes. *gasp*

My parents, god love them, were tempted to kill me or adopt me out several times from 13 to 22. Thankfully, there is no documentation of my mistakes to be found anywhere. Not in a diary, a podcast, a blog, or a video. My mistakes are nothing more now then inside jokes and grateful glances I make at my parents occasionally to thank them for not killing me when I truly deserved it.

Conversely, I've had some less than stellar moments parenting. I'm grateful there hasn't been a camera rolling. While I might have felt like a brilliant parent at the time, when my anger simmered down and I reflected on my behaviour I felt pretty small. I always apologize to my children when I make a mistake. Imagine then if I'd videotaped and shared an epic moment of me losing my shit only to realize too late that perhaps I could have handled it better. There is no "oopsie" here people. Apologies would fall flat.

Taking this one step further. Imagine that your child videotaped you in one of your raving lunatic parenting moments and shared it with the world. Respect is a two way street.

Parenting is hard nowadays.  It seems that I spend half my time policing my children's internet footprint and the other half trying to get them to eat enough vegetables and for the love of Pete, GETTING THEM TO BED BEFORE MOM has a complete and total breakdown. I sometimes feel like my parents had it so much easier raising me without the internet. Like maybe I was half the work?

Friends that made my parents toss and turn every night. Absolutely.

The reality is that parenting has never been and never will be a cake walk.

At 45, there are very few people in my life who remember my mistakes. Unfortunately, the same can not be said for thousands of children out there who's only mistake was growing up in a house with parents who had access to the Internet.

Time used to be the healer, but in the age when we can hit replay over and over again, memories will never fade and time will only serve to build regret and resentment.

RELATED: Mama Don't Let Your Babies Grow Up To be Assholes