Here are the matches you'll need... 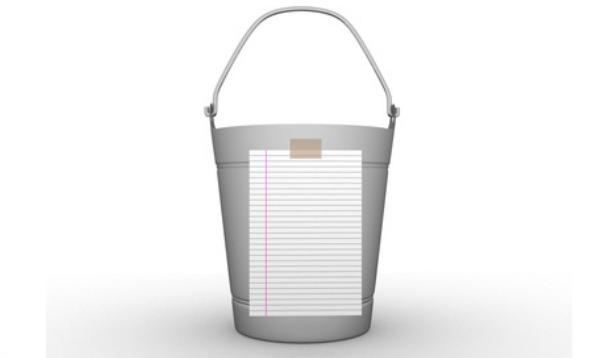 A couple of weeks ago I had a once in a lifetime opportunity to get up close and personal with grey whales in Loreto, Mexico. Not only did I get to watch a mother and baby play in the water, but the baby came so close to our boat I was able to reach out and pet it. 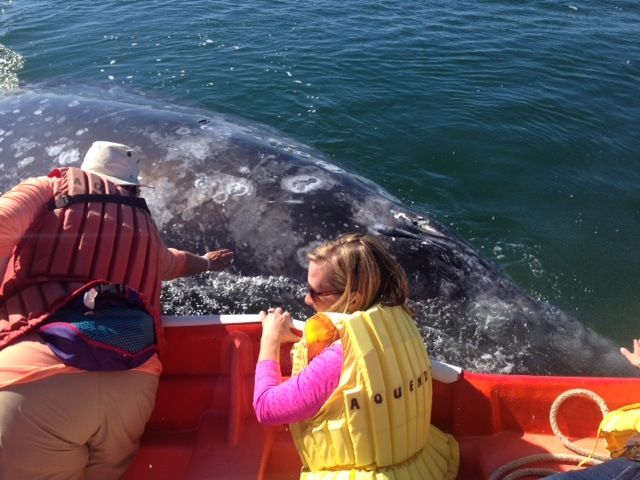 It was nothing short of amazing. Naturally I shared my experience on social media and almost immediately people were commenting that this must be a “bucket list” item for me.

RELATED: When You're 73 This Is How Your Bucket List Changes

I’m not trying to diminish the experience of playing with grey whales as not worthy of a bucket list, but I feel that by prioritizing some experiences as more important than others, I do diminish the things that might not seem worthy enough of a list.

Last night my 12 year-old asked me for a snuggle. Snuggles were something we did daily for many years but as she’s matured, she’s pulled away, and we haven't spent time spooning in months. I was pleasantly surprised to be asked for something I’ve missed doing with her. We lay there for a time just being in each other’s presence and I felt at peace. It was no less magical to me than petting a grey whale. In fact, it may have been more so. 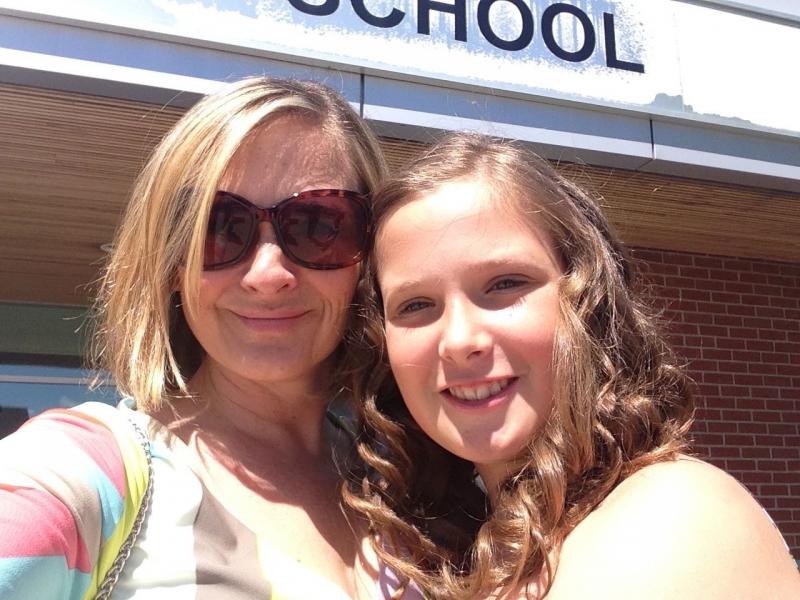 Yet, if I kept a bucket list I somehow doubt I would have written down "snuggle."  It wouldn't have shown up at all because we are told to strive for the grandiose things. Snuggles might seem humdrum next to bungee jumping.

Bucket lists amuse me in that I feel people hold them up a mark of success or failure in their life. That if they were to die tomorrow and didn't get to jump out of a plane or see Paris, their life would somehow be worth less. Why put that kind of pressure on yourself? Yes, it's good to aspire for certain things but I won't believe a person's worth is tied up in what they've done as much as it's tied up in how they act.

When I die, no one will stand up and recount the time I petted a whale or went white water rafting. I do hope that my daughter will privately recall the time she asked for my love and I gave it to her.

My life will not be worth less because I didn’t chase down every dream like a to-do list but worth more because I embraced the unexpected moments that came along. Whales and snuggles both make me happy.

Category:
Family - Mummy
Tags:
bucket list
once in a lifetime experiences
pursuit of happiness
travel
family
should you have a bucket list
what are some things to add to a bucket list
Mar
30
2015 When I was a young girl I contracted the mumps. I remember being gently teased by my Dad that I looked like a chipmunk with my swollen cheeks. That is the only fond thing I remember about having it—the other is the pain; a lot of pain. And there was nothing funny about the pain.

Many years later, when it came time to immunize my own children, I didn’t give it a second thought. I couldn’t imagine putting them through that, or through any of the vaccine preventable illnesses covered by the Ontario Ministry of Health and Long-Term Care's publicly funded immunization schedule. While giving the loves of my life a needle caused more tears from me than from them, I knew the alternative of them getting sick from something I could have prevented would have been much worse.

I admit that I am perplexed and saddened by our current debate on vaccinations, particularly since they have been proven to be safe and wildly effective at preventing illness for over 50 years now.

Between 1950 to 1954, prior to the introduction of the measles vaccine, the peak annual number of measles cases in Canada was  61,370. Based on our population growth and rampant urbanization since that time, the numbers would be significantly higher today if a vaccine had not been developed. Instead, from 2007 to 2011 there was only a peak annual number of 752 measles cases in Canada. That’s over a 98% decrease in pre-vaccine measles rates. The numbers are similar or better for all the vaccinations currently supported by the Ontario Ministry of Health and Long-Term Care.

Perhaps most encouraging is that polio has effectively been eradicated. This awful disease left thousands of children paralyzed before an effective vaccination was found, but it has now been wiped off the map - at least inside of Canada. How sad that this is not the case in other countries.

My heart breaks when I look at some of the data from countries that do not have a medical system like ours:

These facts are a scary reality for so many worldwide, which is why I am forever grateful we live where we do.

Knowing that there are countless mothers around the world who wish they could vaccinate their children, I would never dream of not vaccinating mine.

This post was developed in association with the Ontario Ministry of Health and Long-Term Care. The opinions of the author are their own.

Getting your family immunized is an important part of creating a foundation for a healthy life. If you’re on the fence about immunizing, here’s information you need to make an informed decision for your family.

Five important reasons this Pediatrician vaccinates not only your kids, but hers too

Why vaccination isn't just about you - it's about all of us

It's great that communities rally, but at what cost? 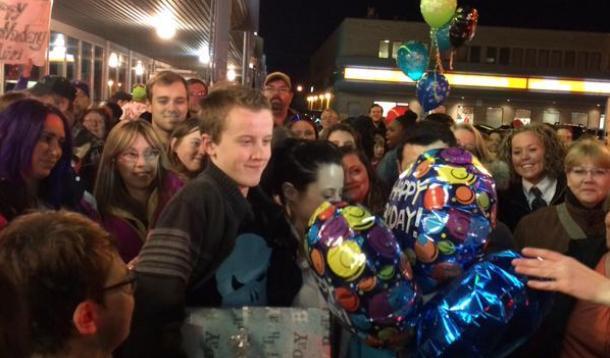 You've heard by now of Peterborough, Ontario boy Odin Camus. When his mother found no one RSVP'd to his 13th birthday party, she took to Facebook.

There is a recent trend that has seen parents either charging parents for not showing up at a birthday party or trying to embarrass them someway by sharing their stories online.

As a society, we tend to stand up and cheer when this happens. After all, we all like to root for the underdog and in most cases, it’s because the child at the centre of the controversy does not fit societal norms—Aspergers’, autism, Downs Syndrome. The Mama Bear in us demands justice and so we grab our pitchforks and rally around the parents. I know because my knee jerk reaction usually falls this way.

When my oldest daughter was in kindergarten and Grade 1, I insisted we invite every single classmate to her birthday parties. I couldn’t bear the thought of hurting a child’s feelings and as we all know, little people have big hurts. As she got older though, she didn’t want the boys. Fine, now it was all the girls. Then as she got a little older, she pondered why she had to invite so-and-so when they were so mean to her at school, or invite another little girl who’s personality simply didn’t mesh with hers. As so it began.

As much as we’d all love to live in a kumbaya world, the reality is we don’t. I wouldn’t want people I don’t like at my birthday party and I certainly wouldn’t attend the birthday party of someone I didn’t like. That is just life, no need to call the papers, which brings me back to my original point.

Something about this recent trend wasn’t sitting right with me and when I explored my feelings on it a bit I figured out why.

It is just plain rude to not RSVP but there are circumstances in which people should be forgiven. I’ll be the first to admit that I’ve not RSVP’d to a few parties. Before you poke me with your pitchfork, let me explain.  My youngest daughter - unlike her older sister - balks at the thought of social events. She hates them. So much so that her birthday parties have always been comprised of her and her best friend. Every time she would receive an invitation at school she would shove it to the bottom of her school bag and never tell me about it. When I would ask if there was anything I should know about she’d say not a thing. I am not the birthday party whisperer, so needless to say I’m sure there are parents out there who have painted me with the asshole brush.

The same thing likely occurred when it came to the case of the 13 year-old boy. How many of the parents even knew the party was happening?  13 year-olds are not exactly open books and although they probably know that they should RSVP by this point, they are thirteen for heaven’s sake. We can’t expect them to all be Miss Manners when they’re dealing with raging hormones and this whole growing up thing.

As with most things that go viral these days, it shows the best of the internet and the worst. I think people who show their support have wonderfully kind hearts, but when all the fanfare goes away, what’s left?

No one likes to see their kids hurting but by making them the centre of a vendetta, it’s their face that’s plastered all over the internet. Long after the people who didn't attend are forgotten there will only be one name at the centre of a Google search. The reality of our society today is that every future employer, lover, and friend will be doing a search on them. Guaranteed that a child’s first employer will think twice about hiring someone whose parents made a spectacle over their birthday party. What would those parents do if they were fired?  Send an invoice for pain and suffering, or maybe start an online petition.  I haven’t even touched on the dark underbelly of the internet who have field days with these kinds of stories.

RELATED: You're Telling Stories You Have No Right To Tell

I’ve written about parents who humiliate their children on the internet before. You don’t see parents going to the media when someone fails to RSVP for their birthday party or sending invoices for dinner parties no one showed up for.  If it’s not your story to tell, don’t tell it, even if it’s your child. Period.

Which brings me to what really makes me uncomfortable about this whole thing.  If there’s something I hate more than children’s feelings being hurt, it’s adults who behave like children. Every slight we have, every hard knock or disappointment does not need to be a Facebook status and it certainly doesn’t have to be front page news. My heart aches for little kids with broken hearts, but not so much for parents with vengeful ones.