But Sometimes You should just keep it to yourself 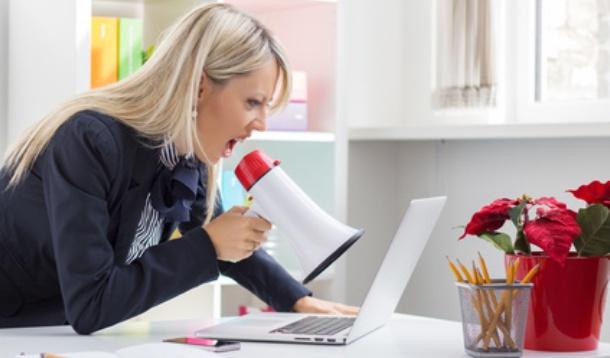 Three years ago Ali Martell wrote a post in which she makes her case as to why leggings are not pants, how to wear them, and how not to wear them. It was clear to me, when I first read the post, that although Ali had a strong opinion on the matter, she certainly wasn't out to ridicule or "shame" anyone. I thought it was a fun read and never gave it much thought until I saw it reposted on Facebook a few days ago. This time around I was floored by comments the post received. First and foremost, it should be noted that there were over 500 likes, which indicates the post was well-received for the most part, but for those who didn’t agree, well you heard all about it in the comments.

I shook my head as I read through the comments. This is about leggings, people. LEGGINGS! I couldn’t believe the anger it stirred up. There were cries of bully (to which I call bullshit) and even demands for an apology (to which I also cry bullshit).  She had an opinion. She is not a bully, nor should she have to apologize for sharing her thoughts.

After reading this I went to my personal Facebook page and shared my own thoughts about Leggpocalypse, to which I received more comments than anything I’d posted in the last six months! It wasn’t even that my post talked about how it seems unsafe to have an opinion, no, it was largely about the actual leggings. Yet people on Facebook went  berserk and were calling each other bullies and trolls, and all manner of horrible names over what are essentially fabric tubes that cover people's lower halves.

I used to post things like that more often. I used to have an opinion. Occasionally, when I was fired up about things enough, I’d come share my thoughts here, but it seems so long ago.  I’ve been hesitant to share my thoughts for the last couple of years because there’s all kinds of crazy living on the Internet and my skin has been stretched thin watching the hatred and vitriol thrown around like party confetti. So I’ve stayed what my friend Jeni calls, “very milque-toast;” walking the fine line so as not to offend a soul. In the end it's caused me to be as boring as drying paint.

I had some time recently to sit back and think hard about my so-called life on the internet. I came to few conclusions: first, before I could critically look at the world I work and play in I had to look at my reflection. What I saw made me cringe a little. I  found myself offended by stupid crap a lot this year. General comments that may or may not have been about me found me with my panties in a bunch.  It was a good reminder that I myself have been an idiot and need to occasionally remind myself to pull my head out of my ass. I’ve actually set it up as a reminder in my calendar.

Today’s headline, just for Candace, but applicable to us all: THE WORLD DOES NOT REVOLVE AROUND YOU

News Flash: We All Have Sh*t Going On

Secondly, we (and I'm pulling us all in here) get upset about some stupid ass stuff. I don't care where you sit on the great leggings debate, but no one - absolutely no one - should be outraged about leggings. When we get irate over the simplest things we diminish the importance of the things we really should be angry over. I was once called a "fascist pig" on my blog for writing a post about my disdain for Speedos. I deleted the comment immediately, because it's my sandbox, and frankly, I make the rules there. But still, it gave me the heebie jeebies. While this is an extreme example, this kind of anger on the internet discourages writers from sharing their opinions and when that happens we all lose.

I'm not suggesting we ignore things that upset us, but maybe we need to ask ourselves first if it's really worth getting upset about? Or, when a funny and pointed post like the leggings one appears, maybe reply with honesty but a calm-manner. It's okay if you don't like it - debate is good! - but be careful about dropping "bully" bombs. It's ridiculous.

I've resolved that in 2015 I'm only going to get irritated about the big stuff like people being gunned down for having an opinion, or women being marginalized, or children being abused. I’m saving my ire for the stuff that really matters and keeping my sense of humour for what doesn’t-  like leggings.

For the record, I fucking hate leggings. Got a problem with that?

Because if you can’t have an opinion about leggings then what on earth can you?