Why United Employees Need A Retreat . . . And a Big Hug 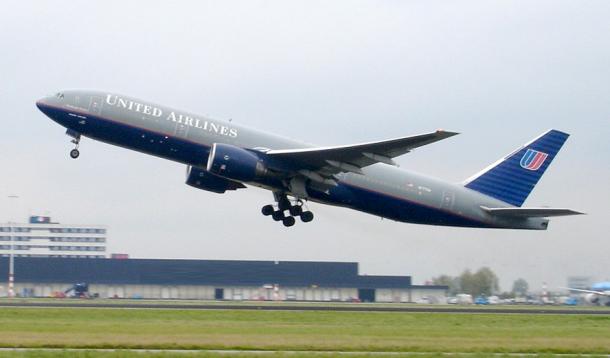 Until recently, I thought United got a bad rap in the land of public opinion. I’d flown with them a few times and since there were no hiccups, I had no reason to complain. That all ended Saturday.

On our way home from Orlando, we checked in within five minutes and it seemed as if it would be clear sailing to Ottawa. To our credit, we were at the airport three hours early and were the first in line. Still, I gave the credit to United in a Facebook post. Happy travellers give rave reviews.

The first hiccup came when we boarded our plane and two adults were sitting in my daughters’ seats. I approached the stewardess and told her that either someone was in their seats or they had double booked.  She approached the adults and asked to see their tickets and, sure enough, they were in the wrong seats. But here’s the kicker—they knew it! Before we got on the plane, five grown adults decided that seat assignment was a silly thing, anyway, and swapped seats to sit near their partners. Never mind who got on after that, including an eleven- and nine-year-old.

While the behaviour of these infantile adults wasn’t United’s fault, the stewardess let it carry on way too long before it was corrected. A simple, “Please move to your assigned seats now,” was all that needed to be said. Instead, she negotiated with them, and only after it had dawned on her that these people weren’t moving, did she finally tell them to get to their proper seats.

Needless to say, the tone for the day was set and from there it went downhill.

When we landed in Newark, we raced to our terminal to find that our flight was cancelled due to weather. No problem. I actually get that. There is absolutely nothing that can be done about weather. While we were disappointed, we certainly weren’t angry and quickly moved into planning mode. Surely, United Customer Service would help us. Wrong.

From the first customer service attendant we met to the very last, it was apparent that United employees simply don’t give a flying fig when you’re stranded. “Not my problem,” is the mantra.

The first person we spoke to advised us that United does not provide accommodations due to flights cancelled for weather. As a rational person, I understand. There would be no profit if they did this. Could they help us find accommodation, though? No. How about checking for another flight? We could fly out Monday with them and the line to Air Canada was busy, so they couldn’t confirm with them either. They refused to look at another—not West Jet, not Porter, not U.S. Airways. We would have to do that ourselves.

Fine. Well what of our luggage? We were told that would be downstairs, and that’s where we met Carmine. This is who pushed me over the edge. When we walked into the luggage claim office we were the only customers, and still Carmine had a look of disgust on her face, like how on earth could she be this busy. Never mind that, we are the weary travellers in a place we don’t know. I told her we were there to collect our luggage and handed her our claim tickets. She looked it up and told us it wasn’t here, wouldn’t be coming here, and they should have handled that upstairs with us.

"It’s in another terminal."

"Okay, how long to get it? My husband’s heart medication is in one of those bags and we need it."

"Well you shouldn’t have checked his heart medication, not my problem."

*Breathing deeply* "We didn’t check his bag," I say through gritted teeth. "One of your attendants took it before we boarded, because there was no more room in overhead. We were assured it would be waiting for us when we landed."

And that was that. No apologies for the confusion. No direction how to get to Terminal C and where to go when we got there. The next three hours were a mess, travelling from terminal to terminal, collecting luggage, and trying to find a flight home. And who helped us in the end? Porter.

Porter Airlines helped us book a flight for the next day, gave us a listing of hotels to stay at and their numbers. They told us where to find a courtesy phone to find a room and how to get to the pick up point. They were courteous and sympathetic to our being stranded by weather in a strange place with two kids in tow, and they seemed only too happy to help. Now if only United had done that when we first approached their customer service counter.

My real anger is with the big wigs who run United and not really their employees (although, Carmine holds a special place in my heart). It must be very hard working for a company with such low customer service standards, where you’re not empowered to make things right for people. Morale must be very low indeed when we weren’t offered a friendly smile once in all our dealings, or a nod of empathy. We weren’t suing for extra money, trying to get a free place to stay, or demanding a flight home in bad weather. We were stranded travellers looking for some guidance.

So, here is my advice to the owners of United—give your employees a retreat. Play the trust game where you fall into each others arms. Sing Kumbaya. Treat them to dinner and drinks. Help them find their smiles, for heaven's sake. They are your front line, every resource you have should be in how they treat your bottom line . . . the customer. And do some role playing. It's really easy to get along when things are running smoothly, but your customers need you the most when it's not.

Finally, I'll offer you this little tidbit, too. Check out Porter Airlines—free wi-fi, complimentary juice, coffee, and tea, and helpful staff. I know where my money is going next time.