Five Tips For A Successful Sleepover

Five Tips For A Successful Sleepover 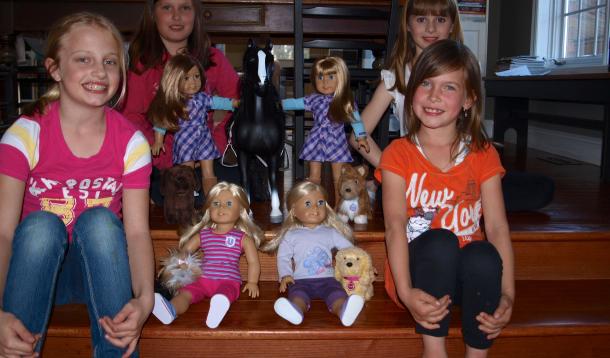 I'm a big fan of sleepovers. In fact, my girls have friends sleep over almost every single weekend. I'm often asked if I'm crazy. Here's the thing, though—I think sleepovers are part of the good stuff growing up, and I encourage them at every turn. I also have clear, consistent guidelines that I follow. Maybe that's what's keeping me on the right side of sane. Now, if I could only figure out this whole sibling rivalry thing.

Get Out Of Their Way

Hovering? Eavesdropping? Trying to be one of the girls? Stop it! The whole purpose of a sleepover, Mom, is for you to catch a break. (And you thought it was so the kids could have fun.) Children have this incredible abiltity to play, ALL BY THEMSELVES. So, let them. Then grab that book you've been meaning to read.

Maybe the night of the sleepover is not the night to serve pork chops with brussel sprouts, k? Kids like fun food. Fan favourites around here include: spaghetti and meatballs, lasagna, pizza, sandwiches, Sloppy Joes, and Crunchy Hawaiian Chicken Legs. Definitely make sure you offer junk food, like chips and dip, or make your own sundaes, or the kids may be talking about your poor sleepover etiquette at the park. BUT, don't overdo it—you'll regret it! Kids hopped up on sugar are not easy to put to bed. Also, you need to be mindful of the rules at their house. Most parents don't mind lapses in nutrition, but if their kid ends up throwing up at 2 a.m. from an overdose of Root Beer and Peanut Butter Cups, you may have some 'splainin to do.

A few months ago, my girls' friends started showing up with their little personal tech devices (DS, iThings), and a funny thing happened—it got very quiet. Too quiet. Each girl was completely absorbed in their own little world and totally ignoring each other. So, I politely asked them to leave them at home in the future, and sleepovers quickly returned to a social occasion. You know, like it should be. I know some moms might be gasping here, but I'm a firm believer that our children should know exactly how it feels to be disconnected from tech and connected to other humans. Too many kids won't have this ability as grown-ups. Sleepovers are a perfect place to make "real" connections, understand "real" emotions, and play with "real" people.

Sometimes, like during summer break or Christmas break, it's fun to let the kids stay up extra late. Don't do it all the time, though. Two hours past my children's regular bedtime is my max, and if I'm sensing we're entering meltdown territory, bedtime might come sooner. It's also not fair to send the other children back as little zombies to their parents the next day. Kids might have sports practice or a family function to attend.

Make sure you have a nice big breakfast for the morning after. Sleepovers tend to bring out the growlies in growing kids. After breakfast, ask everyone to clean up their mess—cushions back on the couch, high heels returned to your closet, clothes picked up. You were gracious enough to host the sleepover, it shouldn't mean you have a week of work afterwards. Get everyone to brush their teeth, pack their clothes (I keep a basket at my front door for things that lose their way), and then send them home—earlier rather than later.

We're Running Out of Helium

Consider this your Memo

We're Running Out of Helium 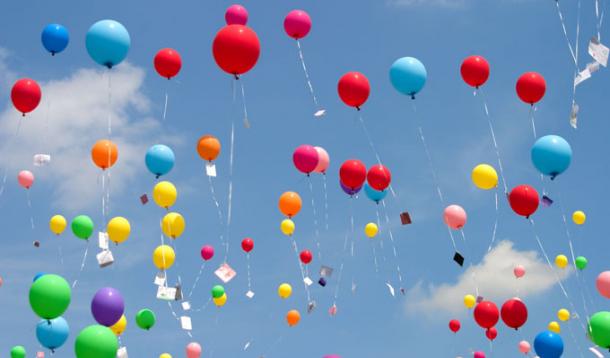 I had to chuckle last night on Facebook when I ran across our own YMCBuzz's update.

Sorry Eileen, your balloon guy does not have a sense of humour. I suspect this may because he may not have a job much longer.

Further on in the thread, Eileen wondered why she hadn't received the memo. Indeed. Because it seems lots of people are just starting to catch on to this news.

So consider this your warning. We're running out of helium.

Honestly, when I first heard the news I was like, "How do you run out of helium?" Is that even possible?  Let's face it, helium is not really up there on most people's radar except for birthdays. I mean, I conserve water, electricity, natural gas and gasoline, but not gonna lie, it never occurred to me that in my lifetime I may see the end of floating balloons.

So how did this happen? Well, helium is a byproduct of natural gas or something like that. I don't have the patience to wade through the Wikipedia page, but go at it if you're into that stuff. Anyhoo, the U.S. Government had built up this huge reserve of the stuff and then thinking they had too much, flooded the market with cheap helium for the masses. Who hasn't bought a helium tank for their child's birthday? Then oopsie, looks like they oversold because now we may run out. And not only that but it seems that scientists all over the world are pissed at us balloon loving mamas and all I can do is shake my head and say "Dudes, we didn't know!!! How were we to know?" (shakes fist at the sky for effect)

I don't want you to despair though because you can still have balloons in your life, just not the kind filled with helium. Here are a few suggestions:

You can use your breath. I've been told that I'm full of hot air and am thereby a great balloon blower-upper. Maybe, but only a few for Pete's sake and then I'm regretting my former smoking habit. BUT, as you know, your hot air won't float so what's a mom to do? Why hang 'em from the ceiling of course! 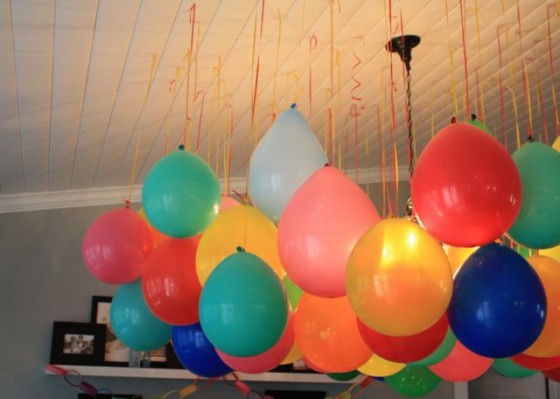 Then, there are still water balloons, but we are running out fresh water so I would say use wisely and aim well for this one. 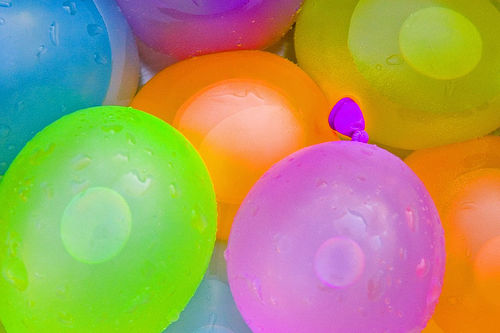 And don't forget the classic balloon animal! Of course, you must be a) full of hot air and b) uber-talented for this one. Attempt at your own risk. 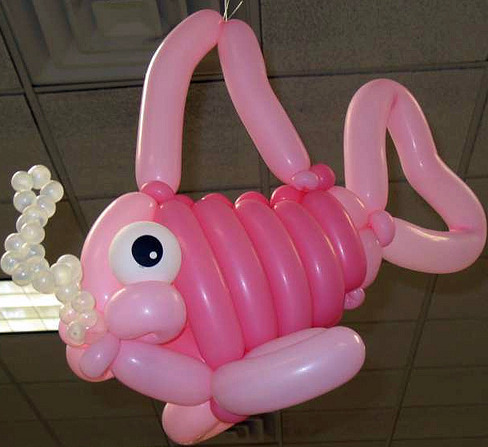 If you have lots of leftover balloons from years past you could always get crafty with them. 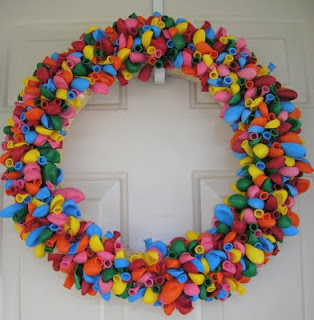 I also really liked this idea for ice balloons at Christmas! Remember to tell your kids these aren't for throwing. Ouch! 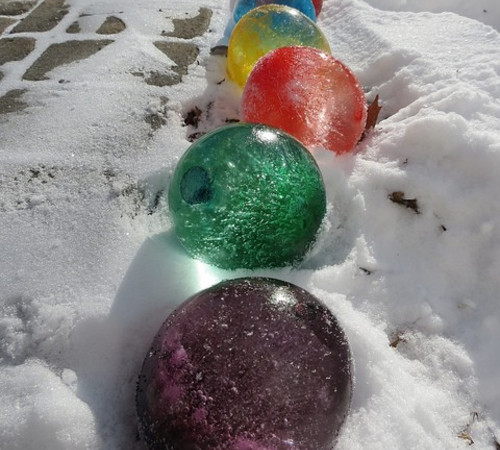 Finally, if you can't bear the thought a world without floating balloons you could always try some of the methods found on YouTube. Although, be careful, some of this stuff is dangerous.

Category:
Life - In The News
Tags:
helium shortage
no more helium
running out of helium
balloons not floating
other uses for balloons
Candace Derickx
Sep
05
2012

Sinkholes and other natural disasters 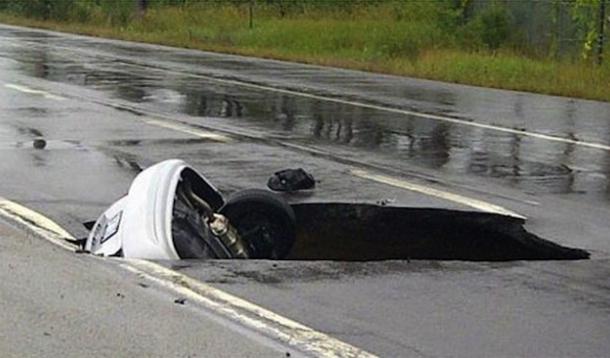 We tend to take the daily news in stride as adults. As shocking or horrific as a news story can be, we're somehow able to view it at arms length, maintaining the distance required to keep ourselves sane I suppose. We treat the news almost like entertainment or gossip starting our conversations with "Did you hear?" or "You'll never guess what happened!"

It was exactly how the conversation started at the dinner table last night. My husband casually said to me, "Did you hear about the sinkhole that swallowed a car on Jeanne D'Arc?" (this is just down the road from us by the way). "Yes!" I almost scream, "can you believe that?!" I mean this is the stuff of movies really and so we continue on our conversation about how terrified the guy in the car must have been, and what a freak accident it was, when I hear my 8-year-old daughter very meekly pop up and say "Can you stop talking about this please?"

I turn to look at her and she has tears in her eyes and her voice is shaking. "Mommy, did that really happen here? I know all about sinkholes from Guatemala." I stop and feel a little ill for her. I know exactly what sinkhole she's speaking of. This one. 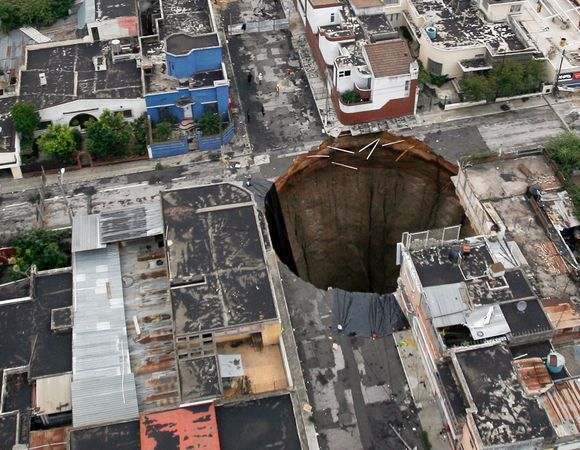 This one, that swallowed an entire apartment complex in Guatemala City in 2010 and drops 300 feet below ground level. That sinkhole.

"How did you hear about that Honey?"

"Our teacher told us about it when we were learning about Guatemala last year."

And then it all came out in a flurry of words. She has been terrified of sinkholes since she learned about them. The poor kid has been walking around for months worried that the ground is literally going to swallow her up. And that's not all. She's scared of drowning too. And falling. Of sharks and bears. And of, well, of a lot of things. She let it all come out last night.

She's always been my timid child. The one that doesn't like roller coasters and always asks if there's enough life jackets on the boat. The one that gets a tummy ache every time a thunderstorm rolls in. And after we had an earthquake in Ottawa a couple of years ago, it was six months before I could get her back in her own bed. But it wasn't until last night that I realized how deep, and wide, her fears go.

As much as we could, we tried to reassure her that a sinkhole would not swallow her up and we changed to subject to lighter fare.

After I tucked her in though, I really started to think about all the things an 8 year old would have to fear and I felt awful. I remember how I felt as a child hearing news stories that were beyond my comprehension and thinking for sure the end was near. I remember well the feeling of terror and helplessness. I don't want that for my daughter.

So today, I'll be researching how to handle fears with children and reminding myself to think twice before I say "Did you hear about?" at the dinner table.

Category:
Life - In The News
Tags:
kids fears
how to deal with kids fears
kids and the news
talking about news in front of your children
sinkholes
tornadoes
natural disasters
Candace Derickx