Our Tooth Fairy is An Asshole

Anyone else have this problem?

Our Tooth Fairy is An Asshole 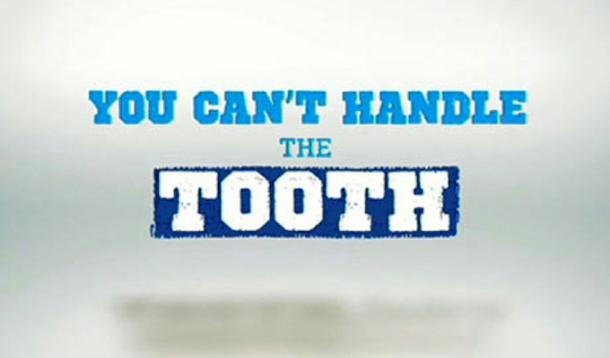 Good lord, I can’t wait for the jig to be up on this whole tooth fairy thing! Because I gotta tell you that our tooth fairy? Total ASSHOLE.

It’s like she’s got some mental block where my kids are concerned. While other children wake up to find money under their pillows, mine wake up to nothing but dashed hopes. Case in point: my nine-year-old has just gone back to bed at 8:30 in the morning until the tooth fairy comes. She’s sick of this treatment and she’s going to protest. *sigh*

I don’t know why the tooth fairy is such a chump around our home. Santa Claus absolutely rocks it, and the Easter Bunny brings his “A” game every single year, and even our Elf on the Shelf can bring the magic when called upon. But the Tooth Fairy has only remembered to leave money when she was supposed to....once.....at the grandparent’s house.....when I wasn’t there. *double sigh* 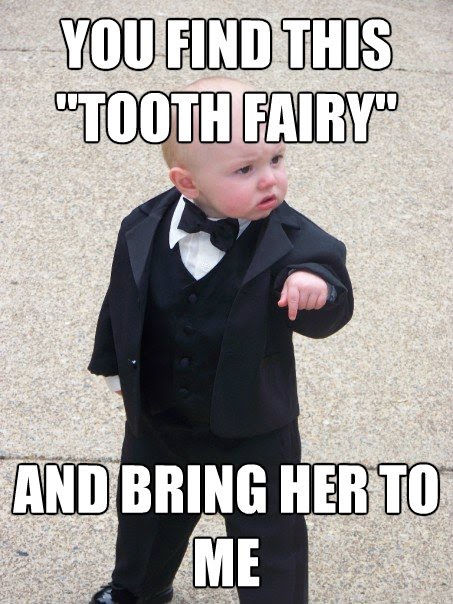 Our Tooth Fairy has had to get creative, dropping five dollar bills under the bed with one hand while searching under the pillow with the other. There was the one time the tooth fairy “accidently” put the money under my husband’s pillow, thinking he was the one getting the cash. Conveniently enough, the cap on his tooth had fallen off that weekend.

I’ve blamed her tardiness on a glut of children losing teeth all at the same time, that she was on vacation, and even that she had a broken wing and couldn’t get out. But this morning when my daughter walked in my room and said “The tooth fairy forgot....again," all I could do was smack myself in the forehead and say, “WTF Tooth Fairy? W.T.F?!! Somebody should really fire your sorry ass.”

I'll tell you one thing, she better get super creative tonight and make it up to my kids, or they'll be hell to pay.

Could someone please remind me?


Post Script: While writing this my daughter came in to tell me very excitedly that she had found the money the Tooth Fairy left her after all.  Fifty cents of her own money on the bureau. Poor dear. They always protect the ones that treat them the worst. 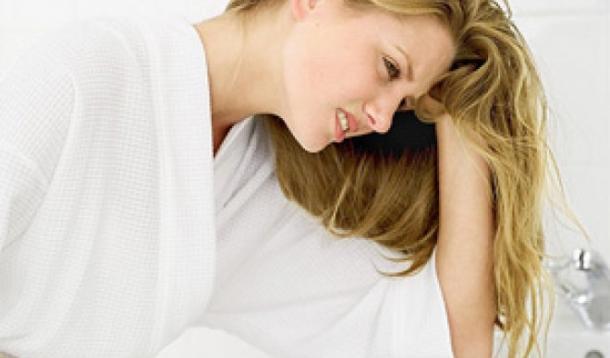 Today I want to talk about something I’m fairly confident we’ve all discussed over drinks with our girlfriends or maybe even strangers, most definitely our doctors. It seems to me that the more I talk to other women about this, the more opinions I get on its usefulness.

Today I want to talk about your uterus. My uterus. Her uterus. That lovely little bit of your body that nurtured your children for nine months, but is otherwise sitting dormant now.

After the birth of my second child, I started to cramp up long before my period was scheduled to arrive. As the years went by the cramping got worse and lasted longer, until I was basically cramping for three weeks of the month. The only relief I got was when I started to menstruate. Fun, huh? So basically I was in perpetual PMS mode. The pain was so bad that often the colour would drain from my face when a cramp hit.

My doctor recommended that I go back on the pill, and that I should only have four periods a year. Four periods a year! Hee haw, right? Obviously, that part has not been so bad, but it has taken me almost two years to get that point. For the record, my tubes are also tied, so this is contraception overload.

My struggle is that I’m a 42-year-old woman taking the pill and there are many potential problems down the road the longer I take it, the worst being a stroke or possibly breast cancer. The pain, while alleviated for awhile, has started to make a comeback. It’s still infrequent, but I worry about it returning to where it was and then what? My option is basically a hysterectomy and I’m not quite sure where I sit on that one.

Which brings me to you and the “girlfriend” talk. Because as much as everyone has a birthing story, everyone also has a story about how fun your body can be after children.

I’ve had people tell me that a hysterectomy is the best thing they ever did. “I’m not using it anymore anyway” being their credo. While others regretted ever doing it at all. I’ve heard of endometrial ablations working miracles or not. I know women who took the pill and then got breast cancer later on in life. And I know many, many more who are just living their lives in a constant battle with their lady bits. Pain, excessive bleeding, cysts, and fibroids to name a few. Oh the joys of being a woman.

So share it here. What’s worked for you? What hasn’t? Maybe you have a question you’d like to throw out to our virtual girlfriends here.  Do you have any advice for women in the same situation as you? Any holistic or homeopathic approaches? And finally, would you have a hysterectomy? How much does your uterus mean to you?