5 Wonderful Surprises About My Hysterectomy 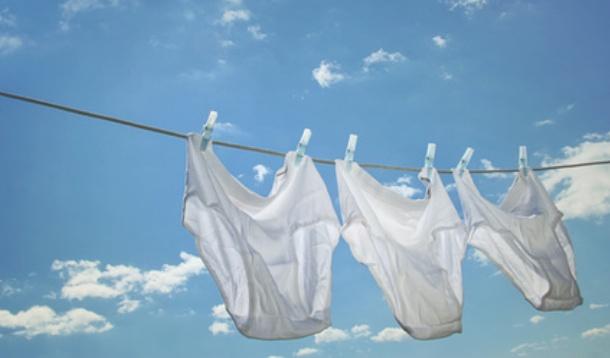 I am now seven months post hysterectomy and I finally feel I'm in a place to talk to others intelligently about it. But first, let's pause for a dance break.

Because really, I'LL NEVER HAVE A PERIOD AGAIN!

Sometimes, I'll just be sitting there and this awesome realization hits me and I break out my jazz hands.

I'm sorry; that was juvenile. I'll stop now because I'm going to get serious for a minute.

An abdominal hysterectomy, like I had, is not a simple procedure. Most doctors will only send you for this major procedure after a long process of trying other alternatives. For me, that process took six years. Six years of living in pain, taking birth control pills that messed with my body and popping pain killers like nobody's business. For three weeks of every month, I had pain. Relief from the pain came only when, wait for it: I got my period.

My uterus was angry and there was no talking it off the ledge. It had to go.

I'm not trying to scare you but before you become too enamored with post-hysterectomy life you should know that it's not a picnic getting one.  My surgery was less than perfect and my recovery was long and painful. While I've heard of some women who bounced back after surgery in a week or two, my recovery took a full six weeks. The first three of which I regretted my decision terribly. My stomach felt frozen for almost four months post-surgery, the result of two c-sections and a hysterectomy.

I also have the added joy of still experiencing PMS. My doctor left my ovaries behind so as not to push me into menopause early. So, once a month I'm still an emotional wreck. But hey, I'll take it because I don't have a period anymore!

Aside from not having a period, not having a uterus comes with some amazing perks. These are the five big ones for me:

It was about three months after my hysterectomy that I realized I was holding on to Grannie panties for absolutely no reason at all. Bye by period panties, hello sexy underwear 365 days of the year.

I was seriously worried about this one. Being off the pill returned my sex drive to its former glory and my fears about sex not being as good without a uterus were unfounded. My sex life has never been better, which brings me to my next point:

It doesn't get more final than a hysterectomy. Not even God could intervene with an immaculate conception.

Throw Away Your Calendar

Never looking at a calendar again to see if I'm going to have my period for a vacation or special event. My calendar is gloriously clear.

When I had my uterus, all the colour would drain from my face when the pain hit and because the pain was so frequent it happened everywhere. Pain became a part of everyday living for me and it wasn't until it was gone that I realized how much it had affected my quality of life.

I would like to add that I've saved hundreds of dollars on pads and tampons, but just when I was done with them forever, my daughter needed them.

Oh well, at least it's not me.

RELATED: Angelina Jolie Talks About Having Her Ovaries Removed