Video Gaming Systems 101: Everything You Need to Know

Which one is right for your family? 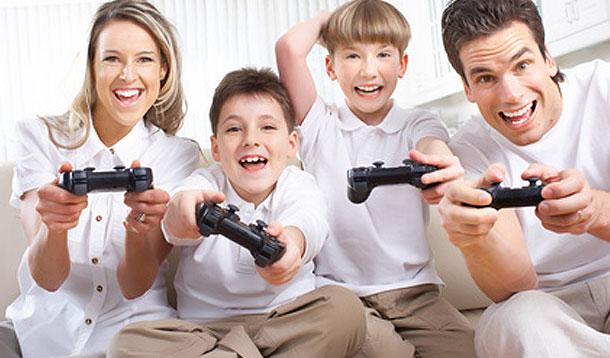 Seven years ago, we purchased a Wii for our girls. If you can believe it, they now consider it “old.” SEVEN YEARS!!! By those standards, at 10 and 12 years of age, my girls are practically pre-historic. I have clothes I’ve been wearing longer, but in today’s age, technology moves at the speed of light and gaming systems are one of the ultimate beneficiaries of this rapidly changing technology.

Now that Christmas is almost upon us, we’ve decided that this year we’ll surprise them with a new gaming system. The problem is that I'm too “old” to figure out which gaming system is the best fit for our family. Thankfully, the gaming experts at EB Games recently gave me the lowdown on the hottest gaming systems and games. Each console is dependent on the games your kids may be interested in, so EB Games were an excellent resource. Since I know many moms are in the same boat as me - the S.S. Clueless - I’m going to break it down for you because each gaming system brings something unique to the table as well as exclusive games.

So which gaming system is right for your family? Read on... 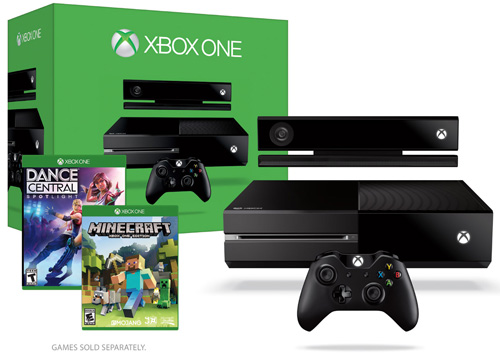 So the XBox One system is "sick," which, by the way, is kid speak for "really awesome." You can command your XBOX and TV with your voice and gestures, and the Kinect Sensor. You can also play along with friends over Skype in HD. My hyper-connected kids have friends and cousins across the province and country, so this is a definite plus.

It also allows players to find new challengers to play against remotely by using Smart Match technology that matches skill and style to bring the right players together. What I really love about the XBox One is that it has been designed to get better with age (kind of like us moms) with new experiences being added all the time via updates. Sounds like a smart gaming investment to me.

Games exclusive to Xbox One: Halo Master Chief, Sunset Overdrive, Forza Horizon, Dead Rising 3, Forza Motorsports 5, Ryse, and Titanfall. (Before purchasing, be sure to check game ratings to determine if they are appropriate for your kids!) 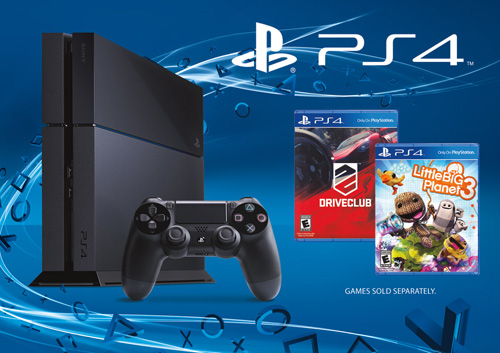 This one is "off the hook." (You're totally impressed with my knowledge of youth lingo, aren't you?) Kids are all about the sharing these days and epic moments played on the PS4 can be shared immediately with the click of a button to UStream, Twitch, Facebook, and Twitter.

I'm told the PS4 (Playstation 4) is "old school meets new gen," which is basically me and my kids. What does this mean for our family? It means that it's simple enough that even my husband and I can figure out the controls, but still has graphics and speed that will blow kids' minds.

Games exclusive to PS4: Infamous Second Son, Killzone 4, Little Big Planet 3, MLB 14: The Show, Knack, Drive Club, The Last of Us Remastered. (And I must say again, before purchasing you should check game ratings to determine if they are appropriate for your kids.) 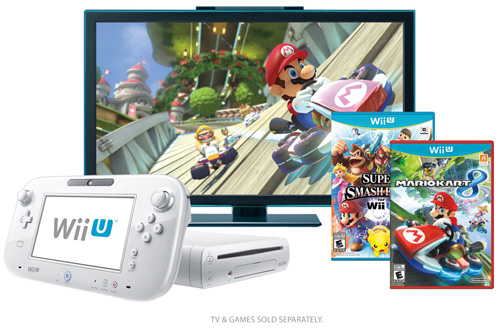 When it comes to the new Wii U, I am told that its GamePad controller removes the traditional barriers between you, your games, and your TV by creating a second window into the video game world.

Hmm...I'm not even really sure if my ancient brain can comprehend that but when it gets too much for me, I think of Mario and Luigi and everything is right in my world again.

My girls loved their original Wii so I can't help but lean this way a bit. And really, who doesn't love those Mii characters? (fyi...Mii characters are cute caricatures that your children can create to use as players in certain Wii games. Pretty cool, right?) The added bonus here of course is that most of our original Wii games are also compatible with the Wii U.

No matter what model we decide to go with, I love that we can trade in our old gaming system at EB Games and put the credit toward a new, more exciting model.

After talking with the experts, I now know which system we're getting and I’d love nothing more than to tell you which one we bought but I know my girls read my blog. Nice try ladies. You'll have to wait until Christmas.