The Fun of the AMAs 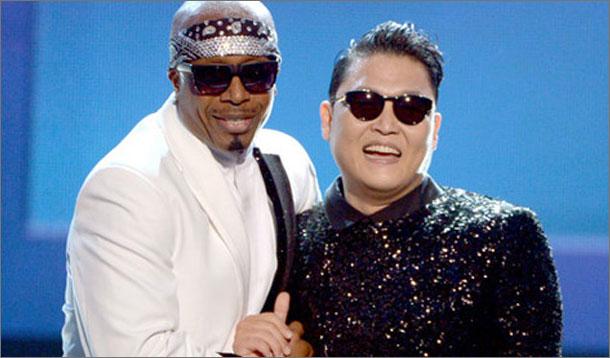 I'm not going to lie. I can take or leave the pop phenomenon of Psy's Gangham Style. Most times I am decidedly on the leave it side. I also don't watch the AMAs, or the Grammys, or any other award show for that matter. I prefer to wait for the highlight reels and keep those few hours of my life for something more useful.

When I heard that Psy and MC Hammer had teamed up for the AMAs though, I had to go check it out. And I couldn't stop grinning.

Even the most cynical must be able to see the entertainment in this clip. Just look at the enthusiasm in the room and the energy of the dancers and singers. It's absolutely electric and most of us don't have a freakin' clue what he's saying. Which makes us look utterly ridiculous when we try to sing along. I digress though, because it doesn't matter if we understand what he's saying, because there is something in this song that moves people and for that it's a brilliant connector.

You know what else was brilliant? Bringing MC Hammer on with him. Not only has Psy bridged ethnicity with his song but by bringing Hammer with him on stage, he bridged generations too.

Yesterday I sat my children down to watch the video from the AMAs and when they asked who MC Hammer was, I explained how he was my generation's PSY. He was huge. And how saying "You Can't Touch This" meant "I'm like the best thing since sliced bread" and that nobody can stay "Stop" to me all these years later without me adding "Hammer Time" at the end. And then we watched U Can't Touch This. There was lots of laughter, lots of booty shaking and a brief moment when my kids realized that indeed, I was young once too.

Then we had a serious talk about harem pants. Because, mothers don't let their children date boys who wear harem pants. Just putting it out there now.