My Conversation With 2012 Juno Award Nominees, Sloan and F**cked Up 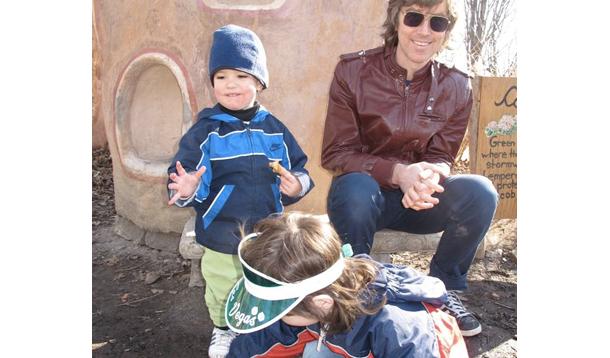 It’s Juno weekend in Canada and we’re getting ready to honour and celebrate our country’s diverse and talented music community. Last week was Canadian Music Week and I had the chance to talk with two musical Dads. Chris Murphy, father of two boys, is from Toronto-based Sloan, who won Best Alternative Album in 1997 for One Chord To Another, and is nominated this year for Best Rock Album for Double Cross. Josh Zucker, father of one little girl, is from the Toronto-based hardcore punk band, F**cked Up, whose band’s very name is problematic. They are up for the Juno for Best Alternative Album this year, for David Comes To Life. I asked them about their kids’ names and, of course, I had to talk to them about the interesting choices for the names of their bands.

What are your children's names? What inspired their names? Did you honour a special person, place, thing, or memory?

Chris: Francisco and Santiago. My grandfather's name was Frank, and my wife Rebeccca's father is from Mexico City, so Francisco is the Spanish Frank. I felt we couldn't have a kid named Frank Murphy—it would be beyond boring—"Frank Murphy...CBCNews...Glace Bay." We were frankly relieved to have the Spanish option, as there seemed to be a reason to rule out every regular old name we could think of. Rebecca's father campaigned hard for Arturo. By the way, his name is Arturo.

Francisco was a compromise. It felt a little goofy having such an exotic sounding name attached to Murphy. Everyone who asked his name couldn't seem to believe it when I told them. By the time Santiago was born, I was used to Francisco's Spanish name, so it rolled off my tongue a little easier.

Lior is Hebrew for "I have light."  We thought the name had a nice ring to it and had some magnitude, while being obscure enough not to sound hippyish, like "Mountain" or "Eclipse." My grandfather's name was Isidore and her middle name comes from him.  He had my mother and three other daughters who were all very close with him, and we knew they would play a big role in Lior's life, so we chose to honour him by naming her after him. Everyone remembers him as kind, humble, and generous—all values we want to instill in our kid.

Both our last names are in there too, with my partner's name getting the ever-important final position. I'm not a fan of the hyphenation thing, because it has no future to it—like two generations down the line, those names are going to start getting a bit monstrous - but I wanted her to carry both of her parents' names. In the end, we thought my partner's last name following "Lior" just sounded better, but I'm also in favour of just bringing back the matriarchy for last names as a rule, because it's simple and obviously makes way more sense.

Chris, why did you choose to name your band Sloan? Is there a story there?

Chris: Our friend worked in a factory, and his French boss called him 'the slow one,' and his nickname became Sloan and we stole his nickname. It's not a great story, but I will say that I am thankful that the name is maybe not cool, but at least inoffensive. Bands who think their name is hilarious—like Toad The Wet Sprocket, or Haulin' Oats, or JFKFC, to name but a few - might be awesome, but I will never know, because their band names are too dumb.

Josh, the obvious big question is for you, since we’re here talking about names. Fucked Up —how, why did you choose to name your band?  Did you anticipate problems getting media using your name? What has the reaction been?

Josh: The band name was chosen ten years ago, way before we ever considered this a band that could get nominated for a Juno, and way before I ever could've conceived that I would be answering questions about how I chose my daughter's name, on a blog called the Yummy Mummy Club. That being said, we wanted to choose a name that millions of people a day would be inadvertently exclaiming, because back then, we believed in the power of repetition and magic and the collective consciousness. From the start, people either thought the name was pure idiocy or pure genius, or that they just heard wrong. We didn't anticipate much media commentary of any kind, but it has been fun to see the hemming and hawing and the contortions different media have resorted to over the years—from heavy use of the asterisk to the New York Times just calling us, "The band with the unprintable name." 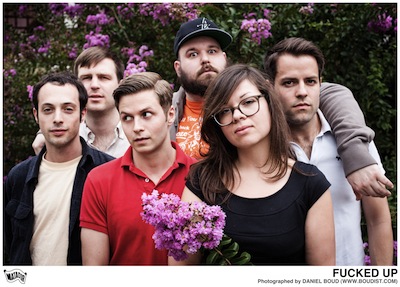 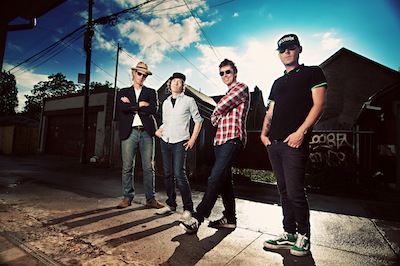 ***
It will be interesting to see how CTV announces them in their category. The Juno Awards, after all, is a nationally broadcast event.

Airing Sunday, April 1, and hosted by legendary Canadian William Shatner, the country’s preeminent awards broadcast airs from Scotiabank Place, in Ottawa, LIVE in Ontario, Québec and Atlantic Canada at 8 p.m. ET/9 p.m. AT, as well as 8 p.m. in British Columbia, Saskatchewan and Manitoba, and 9 p.m. in Alberta.

For up-to-the-minute tweets from The JUNO Awards, follow my husband, Canada AM music correspondent, @ThatEricAlper on Twitter. He’ll be at the non-televised portion of the Juno Awards on Saturday night, and on Sunday he’ll be on the red carpet, backstage, and everywhere else at The JUNO Awards.